Bucket hats, brick phones and Game Boys – England was a totally different world back then. One thing we had in common? A place in the World Cup semi-final.

Think back to this time in 1990… where were you? Chances are, you were watching Italia 90 – the last World Cup where England made the semi-final. Although I’m sure you don’t need reminding of that dismal fact. But what was life like back then? How different really was it 28 years ago? 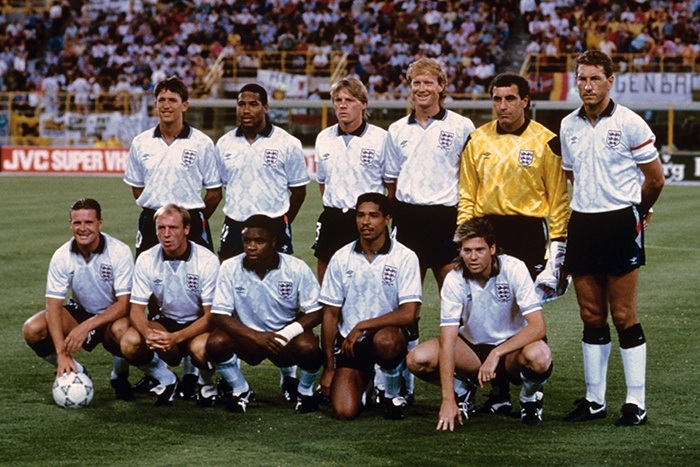 How has England changed since 1990?

Of course, they had Bobby Robson, we’ve got Gareth Southgate (is he about to be knighted too?). Gary Lineker played for the squad, he now presents Match of the Day. But what about non-football related stuff? You know, everyday stuff? Because as exciting as it is finally reaching a semi-final again, it’s actually impressive how much things have changed since that last happened for us. Here are a few things that show a snapshot of England in 1990:

Elton John was #1 in the charts

The sunglasses-clad, ballad-singing legend was at his prime back then. And this emotional, uplifting anthem was number one as England made the Italia semi-final! Today, it’s Shotgun by George Ezra.

The web was only a few months old 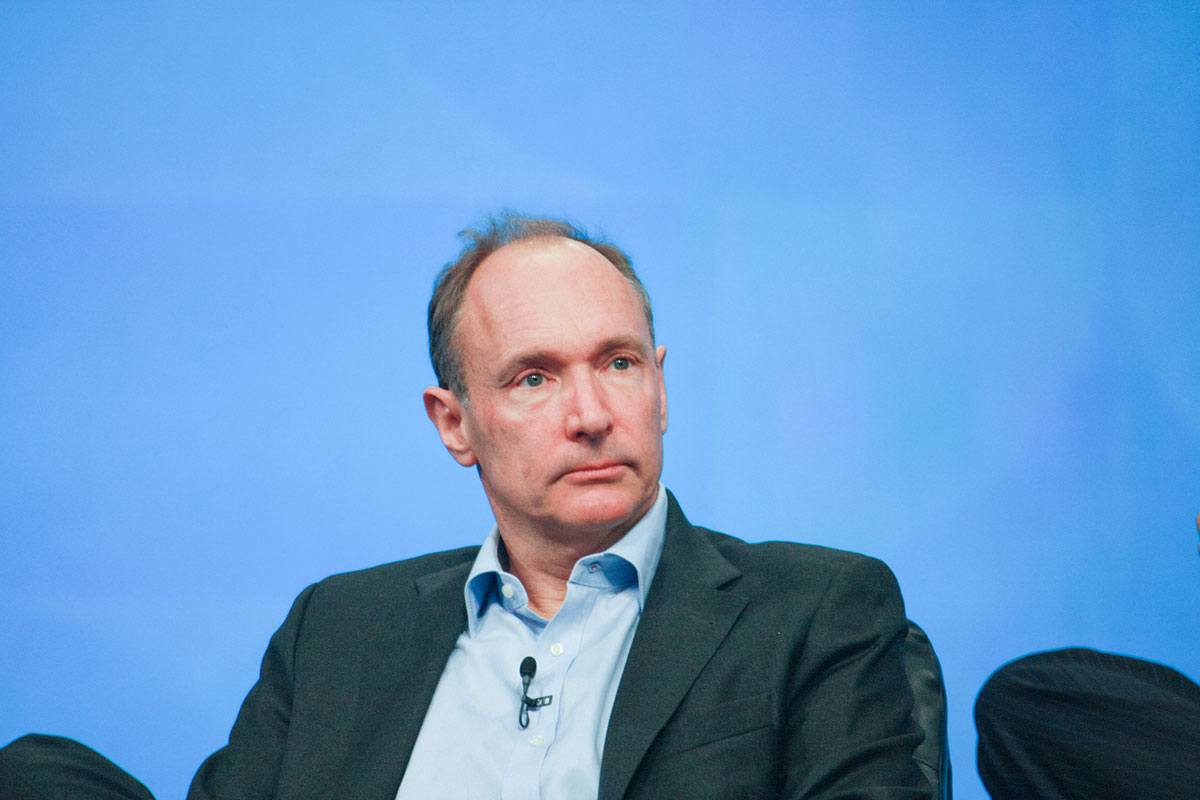 Officially, Tim Berners-Lee (see above) implemented the first communication between a HTTP client and a server in November 1989. Therefore, the World Wide Web as we know it today was only in its infant stages as the England squad took on West Germany.

Art Attack was new on our screens 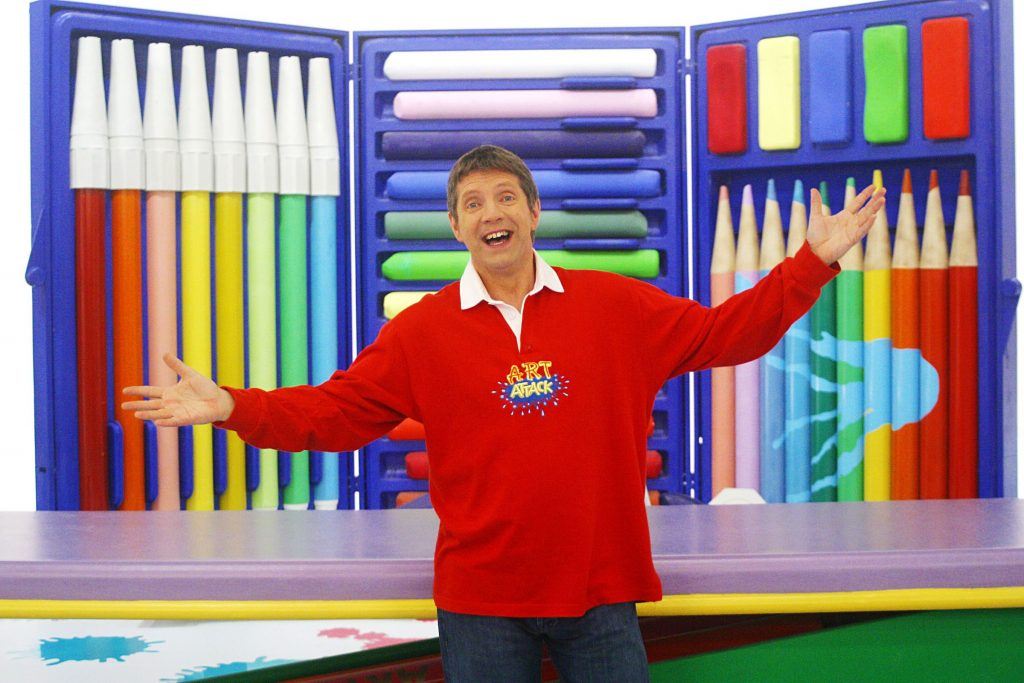 Now, this may make some of you feel old. Neil Buchanan first took to our televisions in his red jersey in June of 1990, with Art Attack broadcast on Children’s TV. Yep, and it ran for a good seventeen years before being dropped in 2007. Sad times.

Ghost was the most popular film 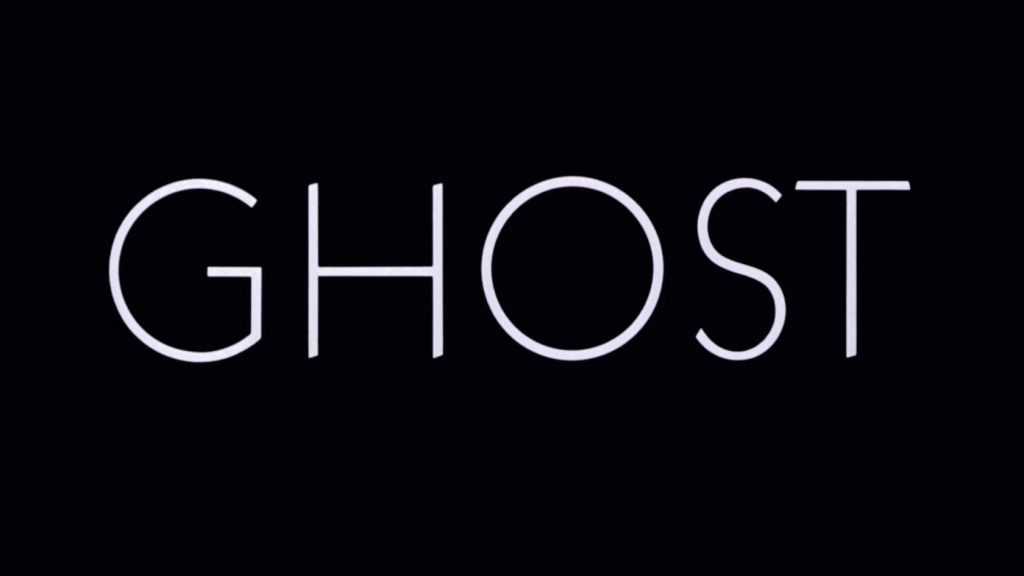 Patrick Swayze and Demi Moore made us all get emotional in the romance/fantasy film Ghost. How can you ever forget that one? Especially that pottery scene! Last year, Beauty and the Beast was the top film at the UK box office. Not that different, right?

We were playing on Game Boys 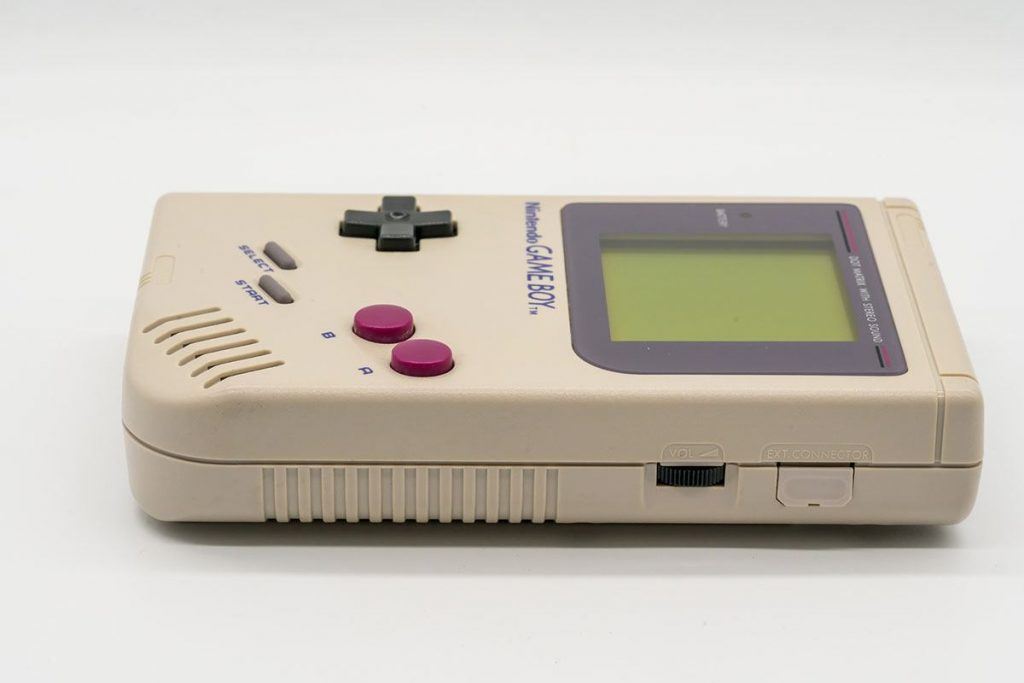 The original Nintendo Game Boy was released in 1990 – although technically, the UK didn’t get their hands on one until after the World Cup. Since then, there have been six new systems released under the ‘Game Boy’ brand. And we’ve got loads more choice now: from the Switch to the 3DS. But the original will always be better…

Everyone wore bucket hats and sportswear 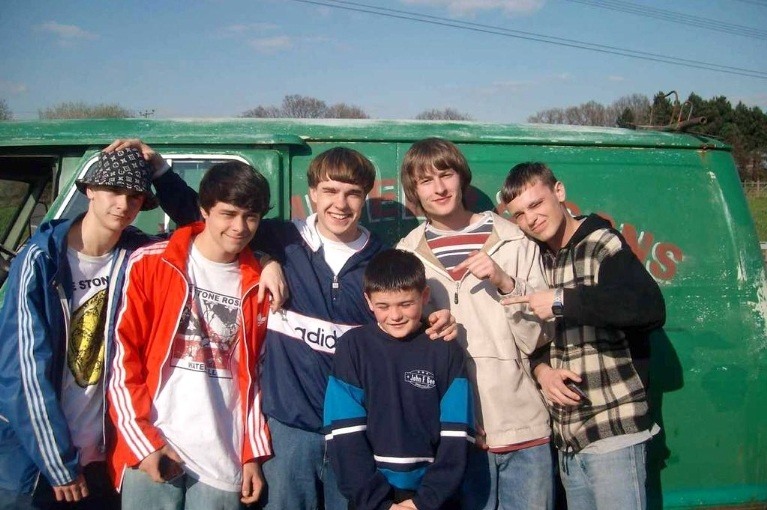 Now, we’re starting to see a bit of a similarity between 1990 and today. Young people everywhere, particularly males, were donning Tommy Hilfiger, Adidas Superstars, windcheaters and pale denim jeans. Looks like things really do come back around!

The Motorola DynaTAC was the standard mobile phone or “brick” 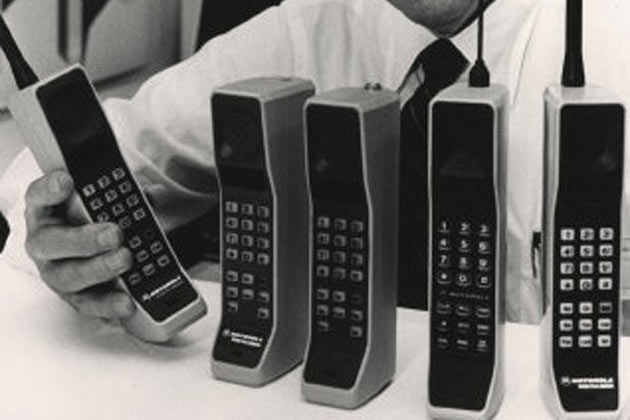 Forget your Google Pixel 2 or your iPhone X, this bad boy was the standard handheld for anyone rich enough to possess one. Retailing at around £3000 a pop, we can’t say this is something we’re about to get nostalgic about.

Top of the Pops dominated our Thursday nights

The nation’s favourite way to keep up-to-date with new music was in its prime during 1990. Performers that year included the likes of Vanilla Ice, Inspiral Carpets and The Charlatans. Oh, how we miss Top of the Pops! Can we bring it back if England win this semi-final?

These celebrities were born 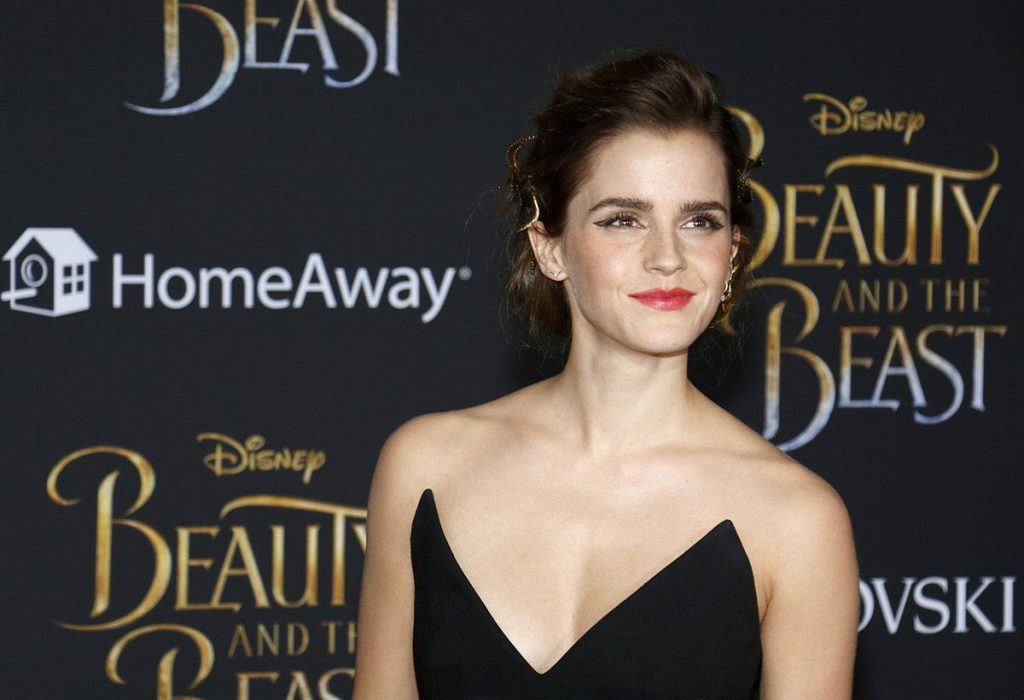 Some of the household names we’ve come to take for granted, were fresh out of the womb during the England v Germany match: Emma Watson, Kristen Stewart, Jennifer Lawrence, Dev Patel, Soulja Boy and Margot Robbie to name a few.

The Simpsons made its first UK broadcast 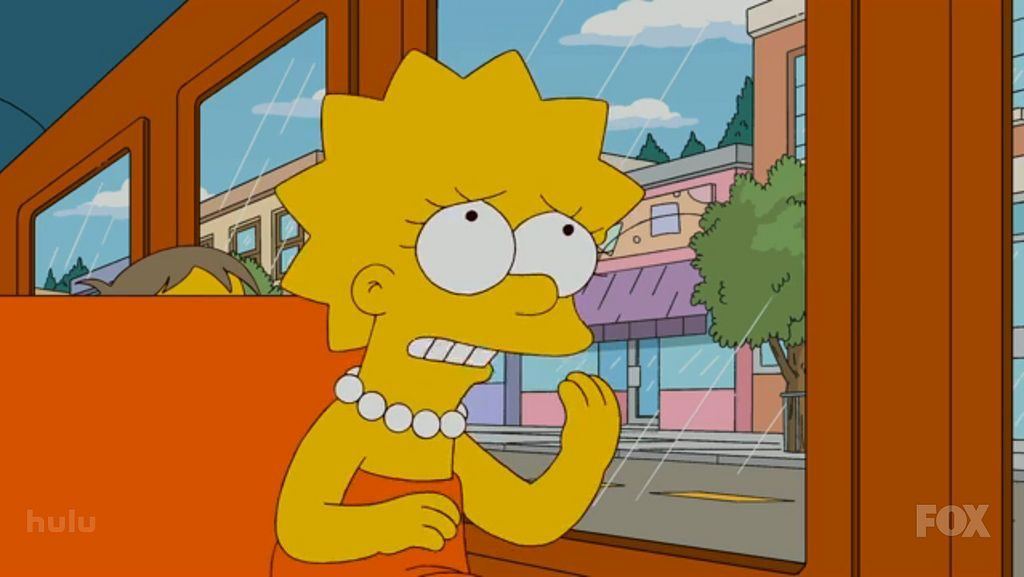 Officially, the first Simpsons episode to air in the UK was on Sky in September 1990, so a little after the World Cup. But it’s crazy to think that since we last made it to the semi-final stage of a World Cup, there’s been over 600 episodes.

Yep, there was a heatwave!

Back in the summer of 1990, the UK experienced the highest recorded temperatures in British history at the time. Call us superstitious but that sounds like a massive coincidence. But let’s just hope we make it to the final this time ☀️

Happy Prime Day 2018! Here Are The Deals to Look Out For