We all love an April Fools joke. For big brands it offers a sneaky advertising opportunity.

With the emergence of fake news, we’d be forgiven for falling for some of the taddle tales listed below.

With advancements in technology Virgin Trains decided it was the perfect opportunity to promote Tick Ink, a new contactless ticket system. Forever losing your paper ticket?

John Sullivan, Chief Innovation Officer at Virgin Trains, says: “We receive hundreds of calls from customers about missing or misplaced season tickets every year and we wanted to provide people with a clever way of always having their ticket on them. What better way than to have it permanently tattooed on their body?” 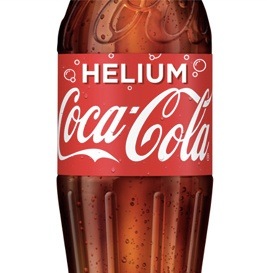 April 1st saw the launch of Coca-Cola Helium, giving customers high-pitched voices. A twist on the more traditional Coca-Cola Classic by adding a small dose of helium to each bottle, giving it that extra bit of fun.

Coke spokeswoman Kate Miller said: “We’re delighted to be launching Coca-Cola Helium this year – it really inflates our range of drinks and lifts our fans spirits. Popularity of Coca-Cola continues to balloon and this new variant is set to be a flyaway success.”

The armed forces made an appearance this April Fools Day with their take on keeping up with the fast paced fashion industry.

They said, “Seven years, or 28 catwalk seasons, after the introduction of the British Army’s Multi-Terrain Pattern (MTP) camouflage it’s understood the MoD is considering issuing all soldiers with new Urban Pattern (UP) clothing.”

Available in three patterns depending on where the troops are deployed. Brick, Stone and Pebble Dash clothing, kit and body armour will be standard issue.

In a nod to Google Home, a smart speaker developed by Google which rivals the Amazon Echo. Google introduced the Google Gnome, for queries outside of the home answering questions such as, “why is humidity the worse?” and “which way is the wind blowing?”.

Speaking of Amazon… they took April Fools Day as a chance to promote Amazon Echo. Instead of Alexa, they introduced Petlexa, allowing your pets to communicate with Alexa just like humans. I think you’d all agree that if this were true, it would be amazing!

Last week saw the introduction of the brand new twelve-sided £1 coin and just days after the Liverpool Echo reported that a new 99p coin would also make an appearance in order to phase out copper coins.

They said “While the new £1 coin has been described as the most secure coin in the world and boasts high-tech features including a hologram, the 99p coin can easily be melted down and put to other uses.” 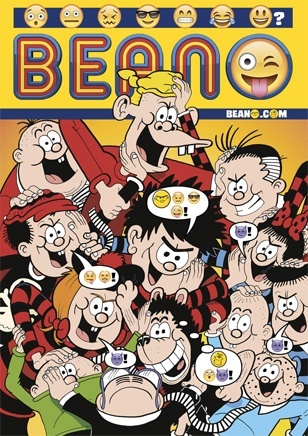 2017 appears to be the year of the emoji, they’ve started to make their way back to the SERPs and even Paul Pogba has one.

Childhood favourite, Beano has jumped on the bandwagon by getting rid of the entire alphabet and instead, communicating with readers via emoji, becoming the first emoji-only comic