We’re about to put an end to these rumours…is it really true that Apple has a hidden agenda?

Whenever there is a new iPhone coming out or an upgrade to iOS, moaning tweets flood social media. Everyone seems to think that Apple sneakily reduces performance and battery life of their iPhones. 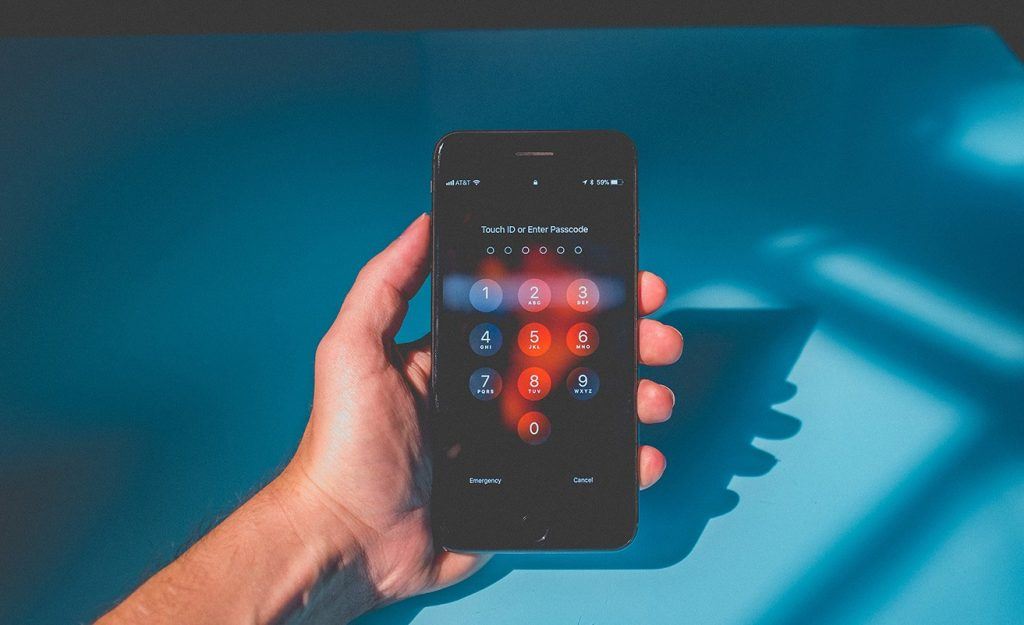 What have users been saying?

Of course, Twitter is always the ultimate source of social media hysteria. There are hundreds of tweets readily available on this conspiracy (give it a quick search). We just picked out a few examples that highlight the problem.

Conspiracy theory: whenever a new iPhone comes out, there’s a new iOS update that makes your phone glitchy and slow so you get the new phone

Very suspicious that my iPhone starts acting up the day after the new update is released and I haven't upgraded it yet ?¿?¿🤔

when my iPhone starts acting up when new iPhones are coming out pic.twitter.com/VuGYgyeqwJ

There was a definite spike in searches for ‘iPhone slow’ on Google this autumn. However, this doesn’t really prove anything. So what exactly are people complaining about when it comes to this Apple conspiracy theory?

Users seem to believe that their battery life suddenly decreases on the run-up to a new product launch or iOS update. It’s an interesting concept, but surely any smartphone battery will deplete over time? Every time a new handset comes out, that’s at least another year you’ve had your phone – there’s bound to be some slight decrease in performance. 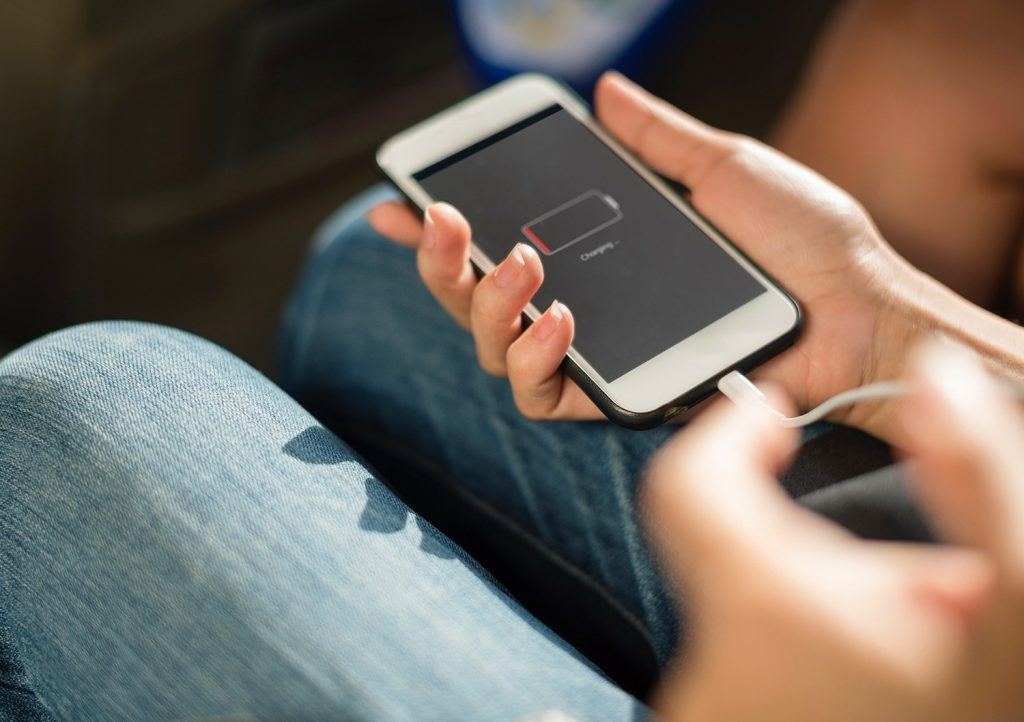 iPhone owners also complain about the general speed of their phones, suggesting they become slow and less responsive. Call us naive, but perhaps Apple bringing out a new iOS is the solution to this problem, not the cause of it. Smartphones are required to perform so rapidly and be capable of just about anything. It’s like anything tech-related – it’s bound to need an upgrade every once in a while.

An actual case study on the topic

Okay, so you might not believe us. But will you believe actual data from a study dedicated to this topic? Futuremark, a Finnish software development company, has conducted a study looking at over 100,000 benchmark results. They have been running a series of tests on different iPhone models since 2016. Here’s what they found: 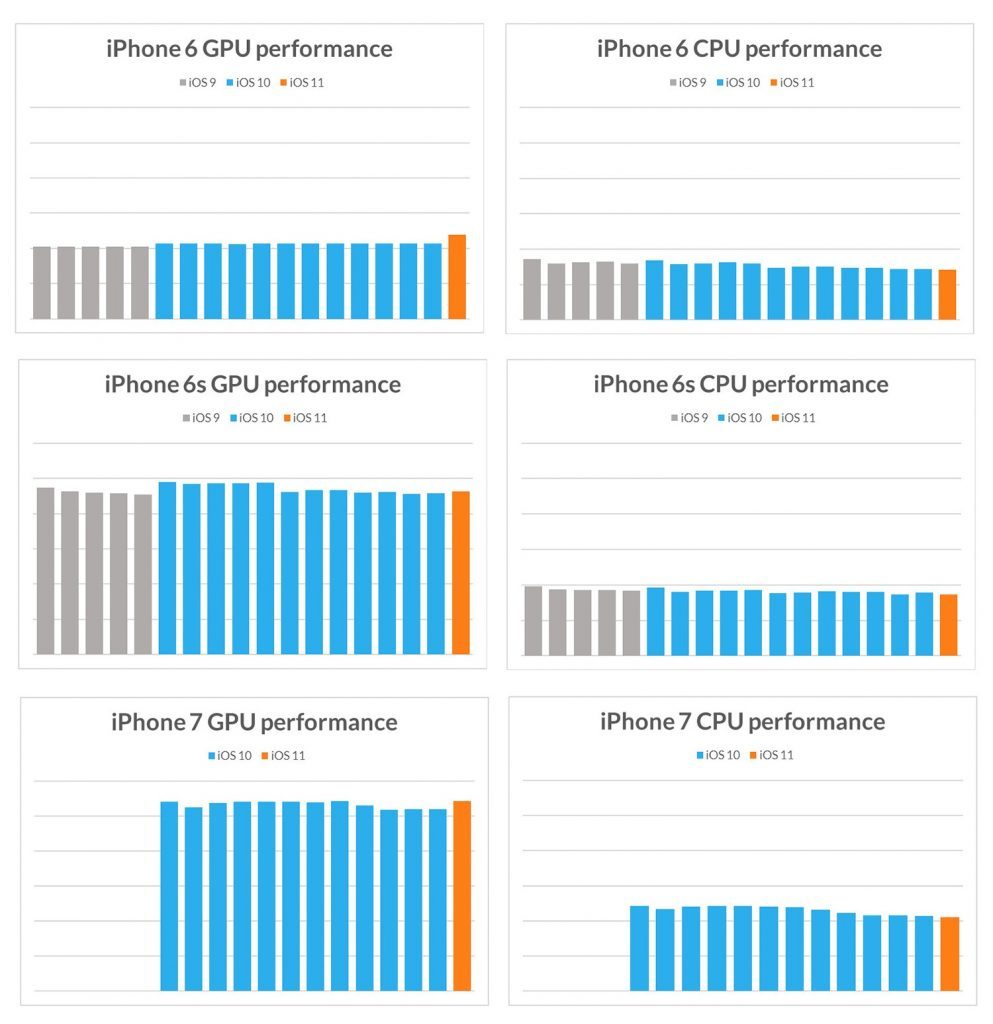 As you can quite clearly see, there’s little decrease in performance over time, if any at all. It’s more than likely that Apple is just good at knowing when their software needs an upgrade. Sure, bringing out fancy new glass handsets is pretty much just a way of making lots of money off Apple loyalists, but don’t forget that your trusty old iPhone 5 won’t last forever.

What about slowing down AFTER the update?

Anyone else feel like #iOS11 ruined their #iPhone? pic.twitter.com/pTkN1dbK0c

If you’ve got an iPhone 5s or older, it’s unlikely it’ll be as good at coping with all the new features of iOS 11. Installing app updates is likely to decrease your phone’s performance too as newer apps are always optimised for the latest devices. We would recommend holding off on installing the new iOS if you’ve got an older iPhone. Yep, this probably is a sneaky little play on Apple’s part. If the latest iOS isn’t built for your model, you’ll be more likely to upgrade. However, Apple better be careful… users may start to see the light and switch over to a cheaper, less problematic Android model.

IOS 11 on 6S+ is full of bugs. @Apple please Do something for it. Are you forcing me to change to android?

So, Apple isn’t entirely evil. Your iPhones will eventually require a pretty normal upgrade every once in a while. However, this whole engineering iOS 11 to be ‘bad’ on older models probably is a slight ploy to tempt users to repurchase. Who knows? It’s up to you whether your run with it or not. And, yes, Android users, we see you sitting with a very smug face right now.