We’ve picked out four brands that are winning at social media right now. We could all learn a thing or two from these guys.

Look, whether we like it or not, social media is absolutely key to being in business right now. There are a few ways you can ‘do’ social media, especially when representing a brand. Be witty and playful, serious and professional or somewhere in between. One thing’s for sure though – the brands that do it well definitely stand out amongst the rest. Here are our favourites. 😏 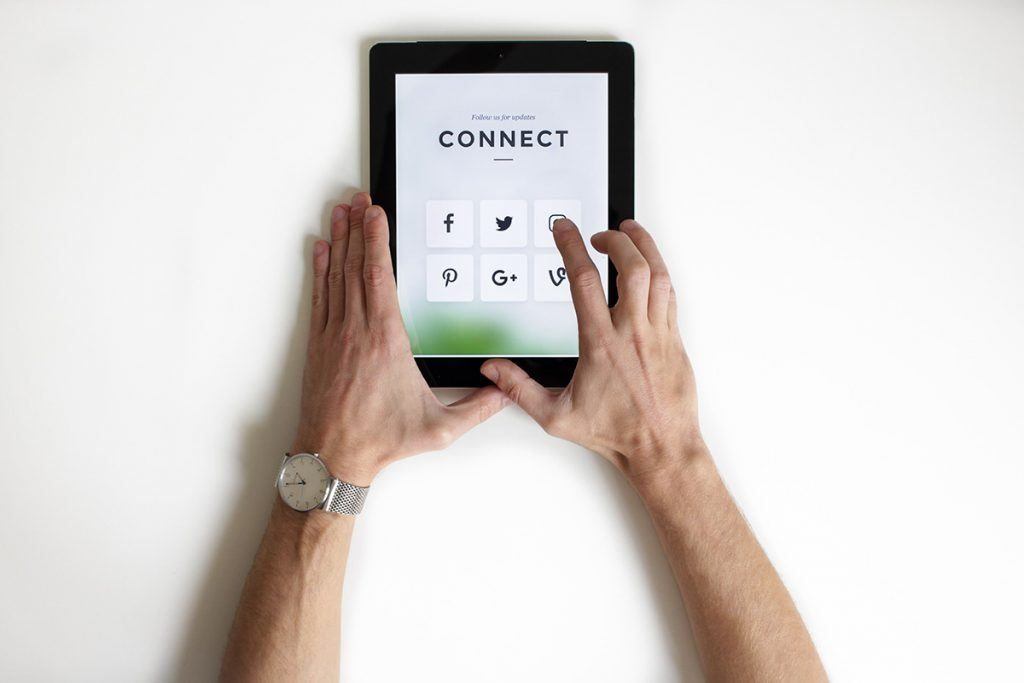 Okay, so we had to narrow down our list to just four but we could have spent all day writing this. There really are a ton of amazing companies doing great things across all the social platforms: Instagram, Twitter and Facebook being the most influential three. But let’s not mess about, here’s our top 4 list of brands we think are nailing social:

If you don’t know ASOS, where have you been? The online fashion retailer is absolutely flying at the moment and they don’t seem to be slowing down any time soon. Across all platforms, ASOS is really appealing to its millennial audience with topical memes, gorgeous imagery and fun user-generated content. Let’s take a look at some examples: 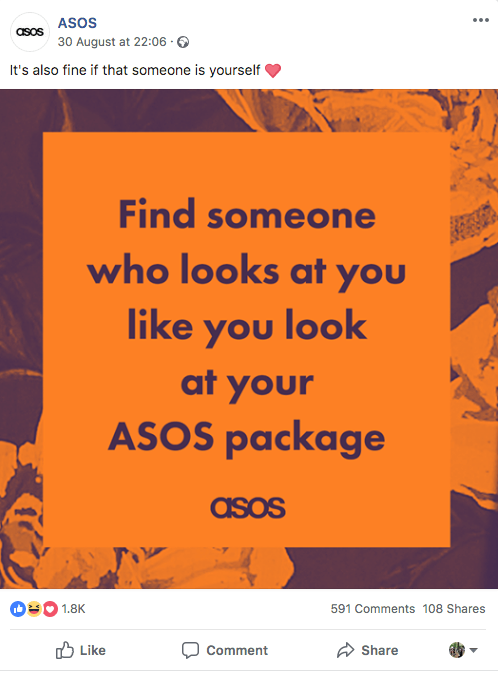 When the @ASOS delivery driver says ‘by you get some parcels you mind’ … Yes Dave, I know I have a problem.

ASOS are massively successful at re-posting user-generated content. It definitely helps to have a primarily millennial audience as they’re the ones doing all the tweeting but it’s also a great move to utilise it. We love this example of ASOS acknowledging a customer’s obsession with ordering from them and subsequently engaging their Twitter audience.

This one is a real case of ‘know your audience’ and know them well. Paddy Power, a betting and sports new company, have been heating up Twitter ever since they joined back in 2008. Although it’s safe to say, the past year or so has certainly seen the bookmakers up their game when it comes to social media. They know exactly how their audience speaks, how they interact with each other on social and just what they like to ‘like’. And it works. Like ASOS, they use topical content and funny memes to really promote their brand. Here are some of our favourite recent examples:

On #WorldFoodDay, let's celebrate the best cuisine football has to offer. pic.twitter.com/sWEKxknxVo

We have to admit, this lad-ish humour isn’t going to be for everyone. But for sports fans in the UK (football especially), it’s a sure-fire winner. And with 1.5 million fans on Facebook, as well as a combined total of 800k on Twitter and Instagram, they’re clearly onto something.

The nation’s favourite budget retail store is winning hearts over on social media, too. Taking advantage of seasonal celebrations, charitable campaigns and current trends in UK culture, Aldi is certainly doing well on the digital side of things. This reflects their current success in physical realms too, with sales reaching £10 billion for the first time ever. Go on Aldi! 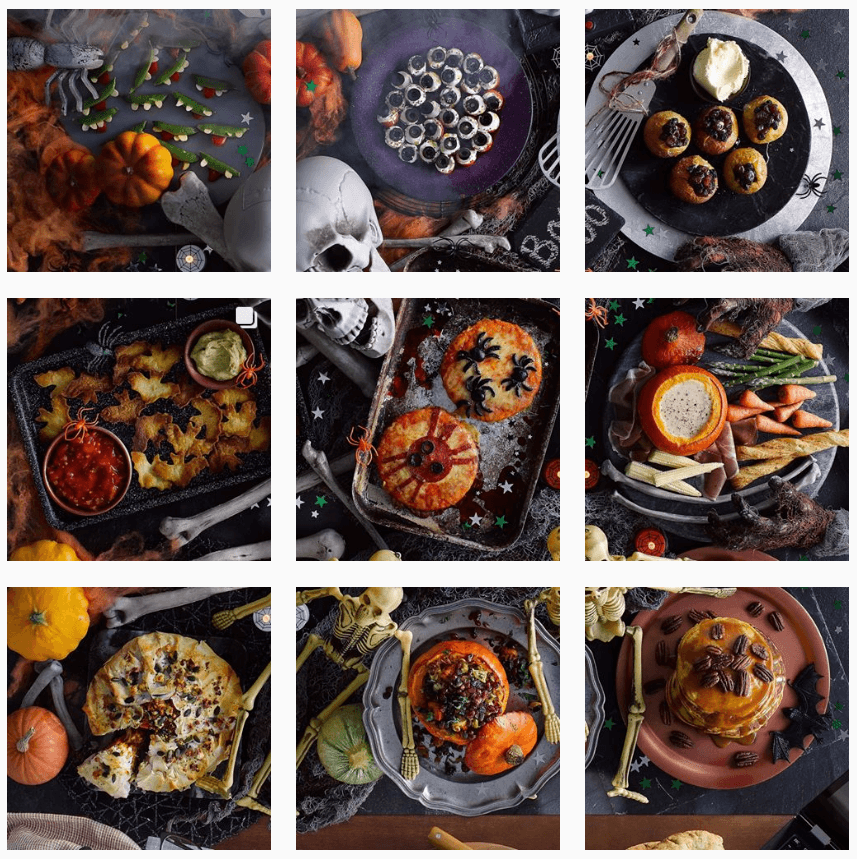 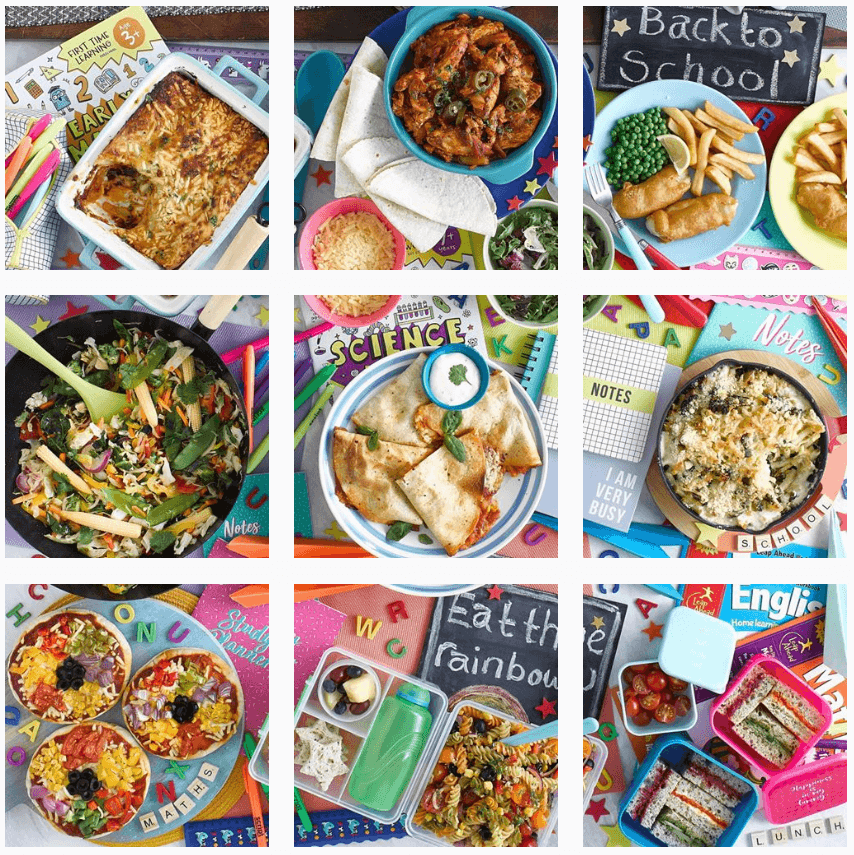 Let’s be real, their Instagram feed is truly a work of art. And very satisfying. We had to take a few screenshots in order to showcase it properly – starting with the recent collection of Halloween-related posts and moving on to the earlier ‘back-to-school’ and summer festival themes.

Now, this may be a case of naturally having great content at their disposal, but GoPro’s social game is definitely enviable. Granted, their products kinda generate stunning content as standard. But if you’ve got it flaunt it, right? Using the most spectacular user-generated content, GoPro certainly left their social media out to dry. It’s been relevant for a while now and will continue to be, especially as travel is desirable to so many more people in our current climate. Take a look at some of our favourite examples (if these don’t make you feel sick with envy, we don’t know what will):

Photo of the Day: When sparks fly… 💥 Federico Falco hit the streets to bomb hills + light up his shot in Genova, Italy.

Okay, so we’ve got to give most of the props to the users of GoPro products for sending in such amazing videos and photos. But good for GoPro for actually making the most of the content… every. single. day. That’s right, they post a new and unique photo on their Instagram, Twitter and Facebook every day to keep their millions of likers and followers engaged. If they’ve got a combined total of 27.2 million fans across their social media, they’ve gotta be doing something right.

Is your business active on social media?

These Websites Reveal Cool Stuff That Happened on Your Birthday