When Brands Get Cheeky

Sometimes, brands like to push the boundaries when it comes to marketing and quite frankly, we’re suckers for it

Advertising and marketing is an integral part of consumer life. Their main aim is to appeal, attract and engage our attention in order to gain our custom, and in recent years, the way brands do this is getting more and more creative.

Some are creative, some are downright hilarious as they test the boundaries in the strict world of brand competitiveness and legal regulations.

But it’s good to push the boundaries sometimes. The shock factor gets people talking, makes people laugh, and you might even get a meme out of it.

With that said, we thought we’d have a look at our favourite examples of when brands got a little too cheeky with their marketing.

For those who don’t know, it is quite common practice for your social media to be, in a sense, tracking your behavior and using cookies to ensure you are seeing the right advertisements that suit your tastes and interests.

Facebook’s algorithm is to blame for you feeling like your being watched, and in one of Asos’ latest marketing stunts, they break down this fourth wall, acknowledging the presence of the algorithm. Informing us that even though Facebook’s analytics have placed the ad there for your specific viewing, you didn’t need its help as you obviously already know how good they are. Kinda’ creepy, but also kind of brilliant. 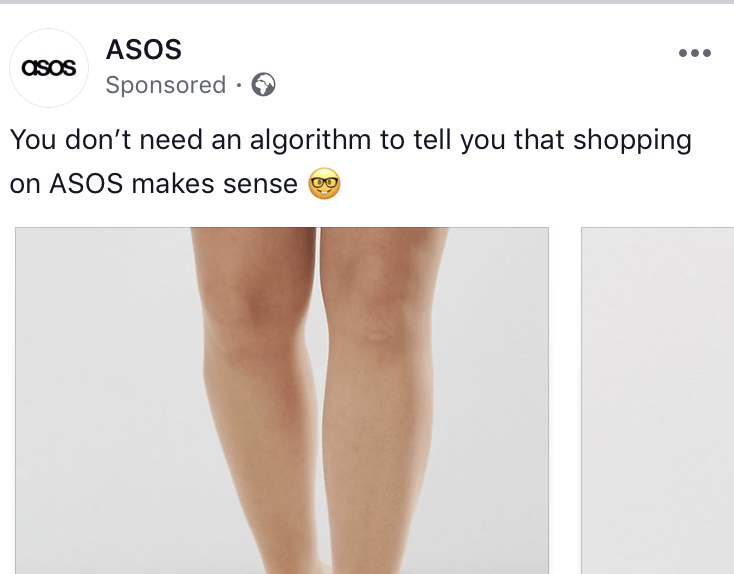 Now, this could be the epitome of CHEEK. In one of their latest campaigns, Subway questionably pushes the boundaries to a point of no return.

Normally, there is no acknowledgment of competitors by other brands, usually to divert focus to themselves. Well, that’s what we thought until Subway released a TV ad where some suspiciously familiar-looking fast food characters gate-crash a subway commercial in which advertises the unique amount of choice they harbor.

No names are named, but they don’t steer away from being ridiculously obvious, which makes for a very cheeky and very funny ‘smear’ ad. Take a look for yourself!

If you ever want a giggle on your lunch break, have a look at Aldi’s Twitter – their social media manager definitely knows what they’re doing. Not only is it full of tasteful puns and hilarious pop culture references, it tastefully delves deep into the world of mainstream memes.

Whoever controls this account must have their eye constantly on their feed, as they churn out some great Aldi themed jokes that give a nod to what’s hot in terms on online humor, all whilst advertising what they’ve noticed their customers just love about their shop.

Not so Innocent Smoothies

Innocent’s lastest innovation has come in the form of a new ‘blue’ drink. But it quickly came apparent that the only people who saw the drink as blue was Innocent themselves. And so started a  marketing campaign that has had us tickled pink (oh, we mean blue).

The company has gone to great lengths to try and convince their consumers that they’re not admitting defeat. Even going so far as hiring ‘Duncan from Blue’ to market their so-called ‘blue’ drink in an ad that clearly continues this self-mocking tone. Duncan himself hilariously claims that he’s ‘only doing it for the money’.

It’s obviously all in jest but this is definitely a marketing stunt that we’ve never seen before in a brand – mocking their own product in order to advertise it. It blows our mind, but it’s an oxymoronic concept that works.

If you’d like to inject some cheekiness into your social media marketing, contact Limely to find out how. 😏

Is Your Ecommerce Site Ready for the Biggest Retail Events?