In digital news, Monzo’s CEO called out Halifax Bank for taking a little too much inspiration from the Monzo app design. 😬

We love a rebrand here at Limely. After all, it’s what we spend a huge portion of our time doing. So, of course, when we hear that a big company is shaking things up, we love to have a good nosey. And it’s even better when there’s a little bit of drama involved, too. The latest rebrand to catch everyone’s eye (for better or worse) is the Halifax Bank app.

Halifax Bank gets a rebrand and updates their app

The Yorkshire-born banking company hasn’t had a design update sometime and it was definitely beginning to show. London creative agency Rufus Leonard stepped up to give the brand a refresh, launching the results earlier this month. Here’s the old and new logo side by side so you can really see the difference:

So far, so good. Except when they released screenshots of their newly updated banking app, someone spotted a bit of a problem and outed Halifax on Twitter. This someone happened to be Tom Blomfield, CEO of Monzo. Bit of background for context: Monzo has taken the banking app world by storm over the past couple of years, offering a refreshing take on online banking. Disclaimer: We’re not sponsored by them but plenty of us in the office use them and absolutely love the service. Anyway, here’s that tweet: 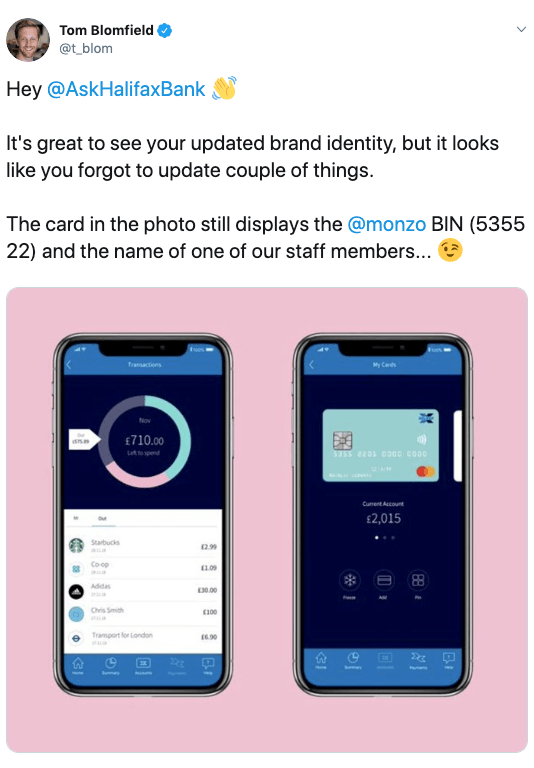 So, for the record, Halifax have displayed the Monzo BIN (bank identification number) on their app, along with the name of one of Monzo’s employees. Eek. We don’t know what went on behind closed doors, obviously, but this seems like an all-too-risky game of copying assets here. Maybe there is a reasonable explanation, but we highly doubt it. Twitter users have also commented on the design likeness to Starling Bank which doesn’t really work in Halifax’s favour. Here’s Monzo’s current app, for the record: 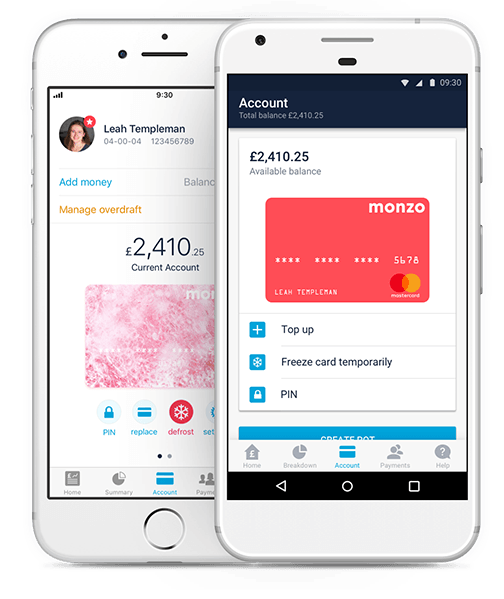 As it happens, Rufus Leonard actually responded to Tom Blomfield’s tweet. Here’s what they said:

Rejected mockup or not, it’s still an embarrassing mistake. This is basic stuff, people! On the bright side, Halifax’s new logo is a big improvement! Hopefully, this one can be swept under the carpet, for their sake. 😬