The History of Emojis

It’s World Emoji Day 🥳 So we’re celebrating by taking a deep-dive into the history of these ubiquitous symbols.

Although emojis may appear to be a flippant and whimsical thing, they are a key element of today’s digital communication.

However, the concept of emojis isn’t as modern as you may think. In fact, expressing feelings and emotions through symbols has been a form of communication since the ancient Egyptian times. Whilst hieroglyphs bear some resemblance to the modern day emoji, they are much less open to interpretation as each symbol is related to a particular word or phrase.

In contrast, today’s emojis have cultural nuance and can be used interchangeably to mean different things. We all know what the 💨 emoji means, don’t we!

The emojis that we all know and love today, transcend linguistic boundaries by visually representing emotions, objects and actions.

The first modern-day emoji was invented in Japan back in 1997. With the word itself being a combination of the Japanese words e / 絵  (picture) and mōji (character). The invention of the emoji was a result of the growth of mobile-phone companies in the late 90s and were inspired by Japanese manga illustrations. 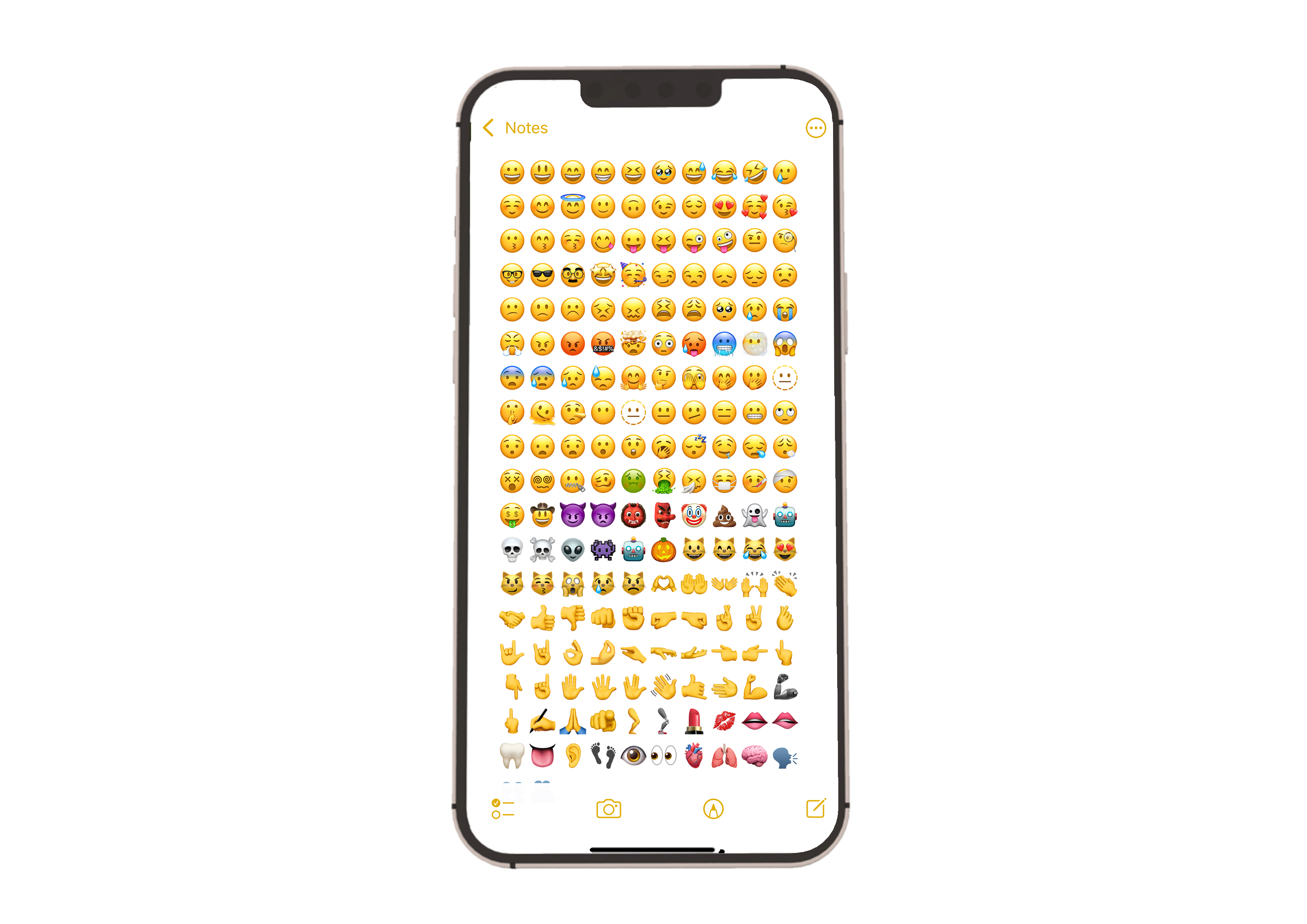 However, the first use of emoticons within modern media is likely to be in the satirical US magazine Puck, all the way back in 1881. Featured in the publication as ‘Typographical Art’ these pictograms are described as studies of emotion and passion!

These emoticons are reminiscent of the early days of social media that we all remember fondly. The days when you could simply communicate your joy or sadness with the :’) and :'( faces or convey laughter with the :L face at the end of an MSN message or pay-as-you-go SMS text. It’s pretty crazy to think that people were doing this all the way back in the 19th century!

Since the rise of social media and digital communication, emojis have engrained themselves so deeply within our everyday language that the Oxford Dictionary named the 😂 emoji as the word of the year in 2015. Demonstrating just how important they have become in terms of how we interact and engage with one another on a daily basis.

Emojis are largely used in colloquial conversations with friends and family. For digital marketers, this provides a brilliant opportunity to use the language their customers are already accustomed to and therefore, build relationships based on trust.

Considering that using an emoji in a tweet is reported to increase engagement by 25%, it’s no wonder why marketers have jumped on the emoji bandwagon!

Domino’s have a history of brilliantly incorporating emojis into their digital marketing campaigns. As shown by this example which perfectly balances being a friend to their customers whilst also encouraging them to buy their product. Very clever indeed 🤓

The fact that emojis can cross language barriers, in addition to adding emotive context to the written word, are key elements to why they have become so intrinsic to digital marketing strategies.

Back in 2017, emojis hit the big screen with a cinematic experience featuring only emoji characters. The film ended up being a bit of flop and producers faced backlash for capitalising on the success of emojis. Nevertheless, the movie highlights the extent that emojis infiltrated society in a mere two decades!

It’s safe to say that emojis are here to stay when it comes to digital communication! Back in 1997, there were only 90 emojis. Nowadays, there is a grand total of over 4000… if that doesn’t demonstrate their continued popularity, we don’t know what does!

For more tech news and insights, head to our blog!

How Ecommerce Is Changing The Fashion Industry