Tennis and Technology: How Tech Is Transforming Wimbledon

Tennis and technology don’t usually roll of the tongue together, but not anymore! Tech is changing the tennis game, here’s how…

For the 145th time, the Wimbledon Championships kicked off this week with a bang! The international tennis event has been running since 1877, with the first ever tournament held to raise funds for the lawn maintenance of Wimbledon Lawn Tennis Club.

Ever since then, it’s become the world’s most prestigious tennis tournament, with people flocking from all over the globe to get a glimpse of the action. We explore how technology has impacted the growth of the sport and in particular, the Wimbledon Championships themselves! 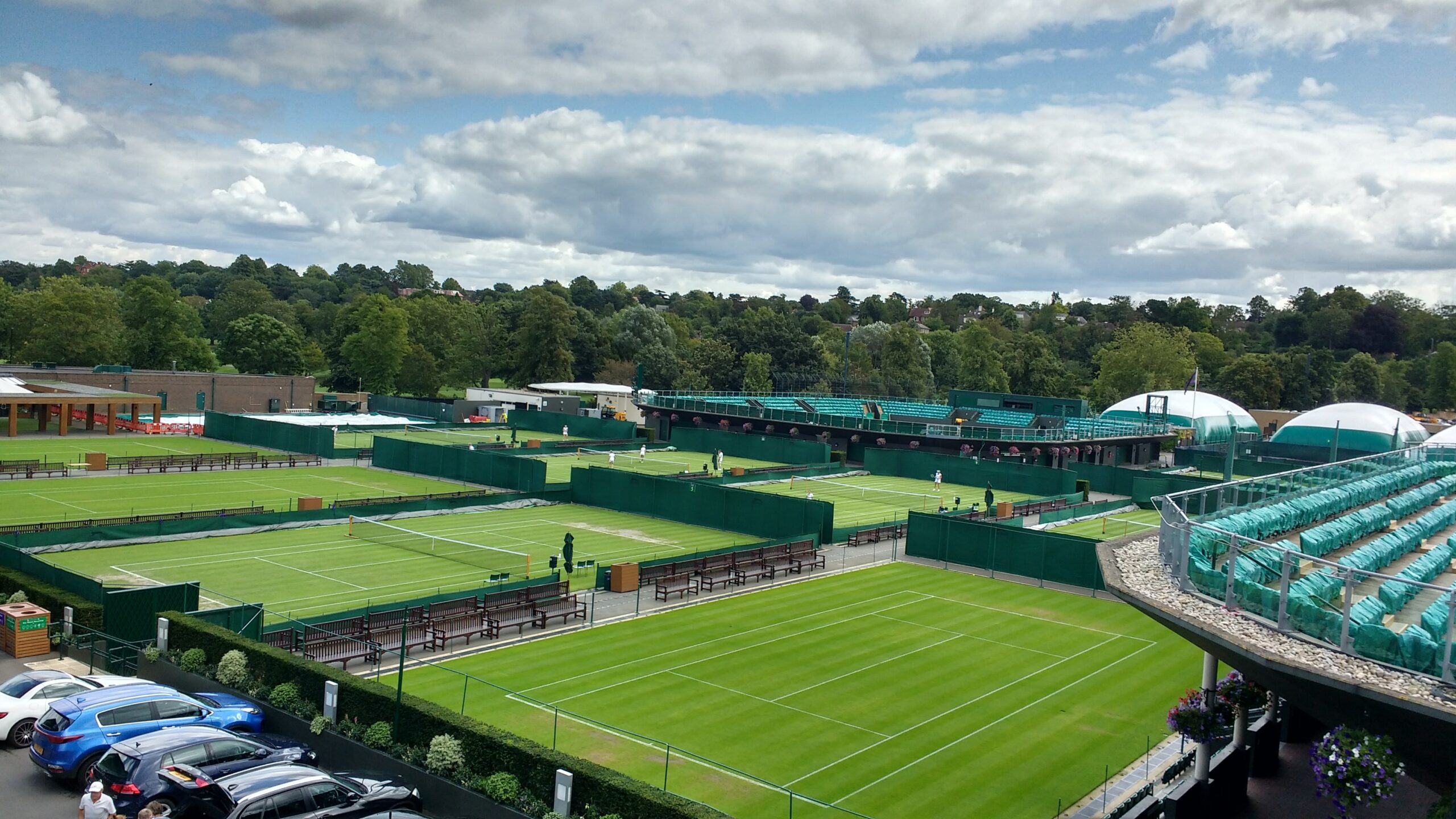 In the first Wimbledon Championship, players used rackets made from solid wood and animal intestines. First designed by Walton Clopter Wingfield 1874, these rackets tended to have rectangular or trapezoidal heads and they were extremely heavy and cumbersome to use. Since then, advancements in tech mean we don’t have to rely on these materials anymore! 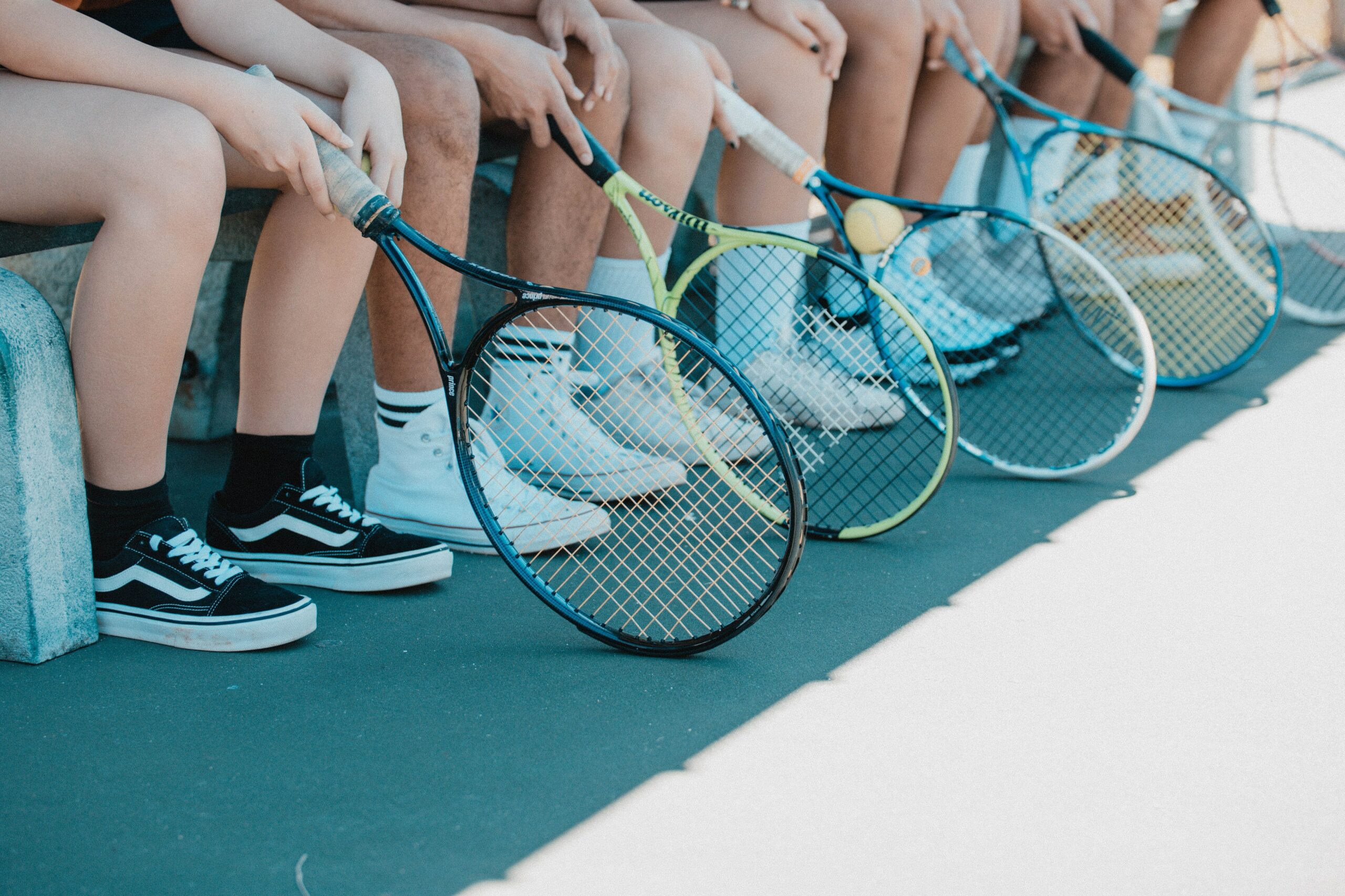 In 1947, the creation of lamination technology led to the invention of more lightweight, oval rackets, more akin to what we’re used to today. By 1968, the first steel racket was launched and by 2022, composite materials, carbon fibre and even piezoelectric materials are now utilised within tennis racket design to achieve maximum output.

So called ‘smart rackets’ incorporate piezoelectric materials that can sense the force that players generate during games and later transmit this data to the cloud for analysis by players and coaches. Some smart rackets can even adjust the tightness of the racket frame during gameplay in order to reduce vibrations and reduce wear and tear – woah!

Artificial Intelligence (AI) has been making its way into the world of tennis in recent years. By combining AI and cloud technologies, the oldest tennis tournament in the world can provide a contemporary experience for visitors as well as players.

AI-powered automated highlights are becoming the norm as the smart technology can recognise key moments in a game by the emotions on players’ faces as well as noise levels in the crowd. This tech is a phenomenal advancement for the championships, as it’s replaced a manual process that would usually take hours, into a few minutes!

Not only that, AI is also being utilised to created an immersive experience with AI-generated match insights and predictions, aimed to get viewers more involved in the tournament.

Much like the infamous VAR (Video Assistant Referee) in football, The Hawkeye acts as a digital referee to make split-second judgements when there are close calls within a game.

First introduced in 2004, the system is basically a network of 10 cameras that each capture 60 images per second. These high-resolution images are transmitted to a centralised computer system that analyses and visually maps out the flight path of the tennis ball, in order to draw a conclusion as to whether or not the ball was in or out! 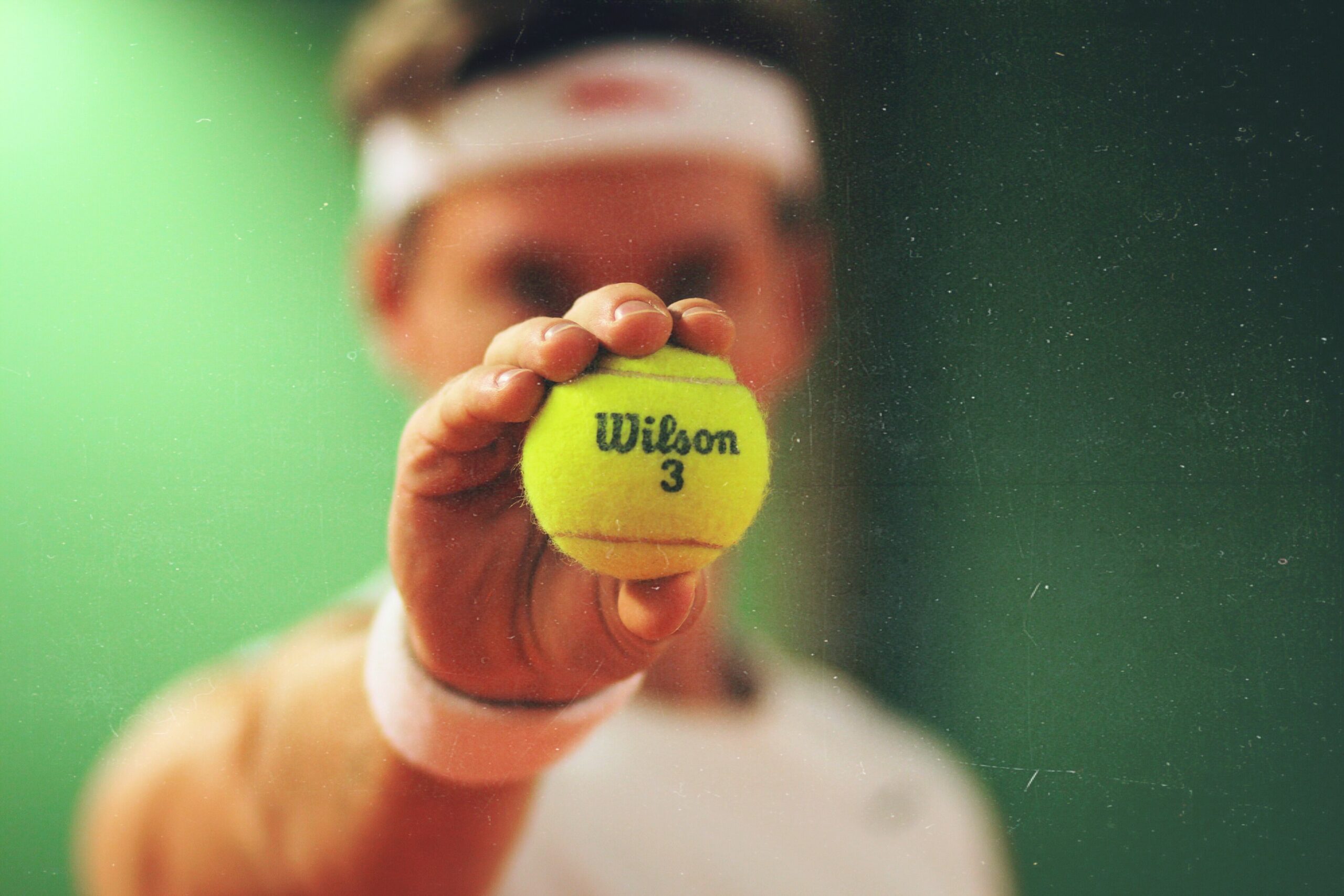 However, as the camera’s can’t capture every millisecond of a ball’s flight, an algorithmic prediction must be relied upon to determine the result! Although there is some controversy surrounding the Hawkeye technology, it’s a pretty cool advancement for the oldest tennis tournament in the world.

Can you name something that hasn’t been affected by social media over the past two decades?! We thought not!

Wimbledon is no exception and this year, tennis fanatics can keep up to date with the live Wimbledon action via a dedicated live Twitter feed. Twitter encourages tennis fans to engage with tweets to create a special buzz and energy around the tournament, without having to physically be there to experience the atmosphere. 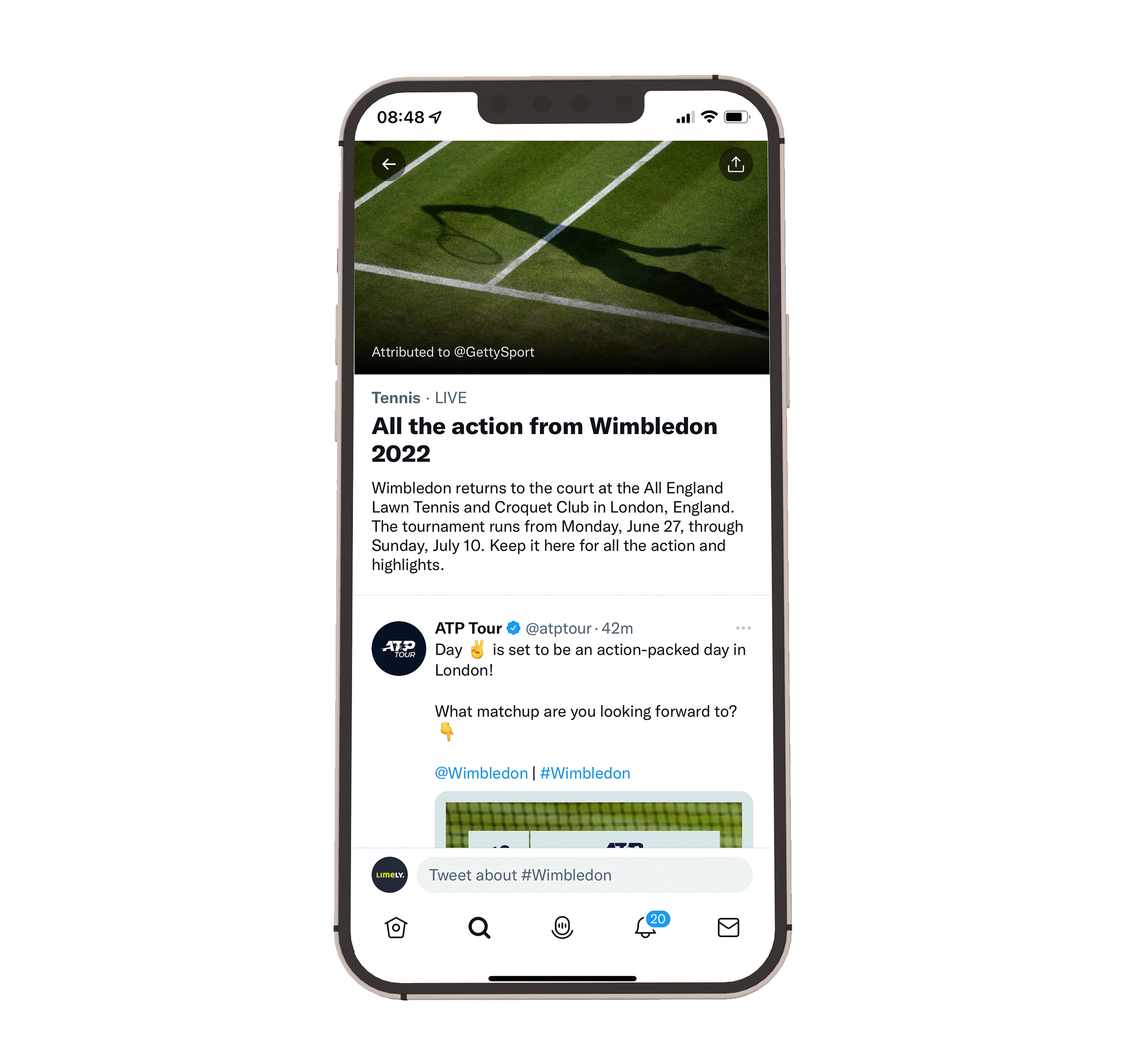 Whilst there is some controversy surrounding 3D motion tracking, largely due to players not wanting to reveal the secrets of their playing styles to the world, it’s still a pretty impressive piece of tech!

Using sensors attached to the players during a game, the tech studies posture, spinal motion, force and other movements to determine things such as the likelihood of injury and how to improve gameplay. So maybe we could all play like Federer one day? Maybe not… 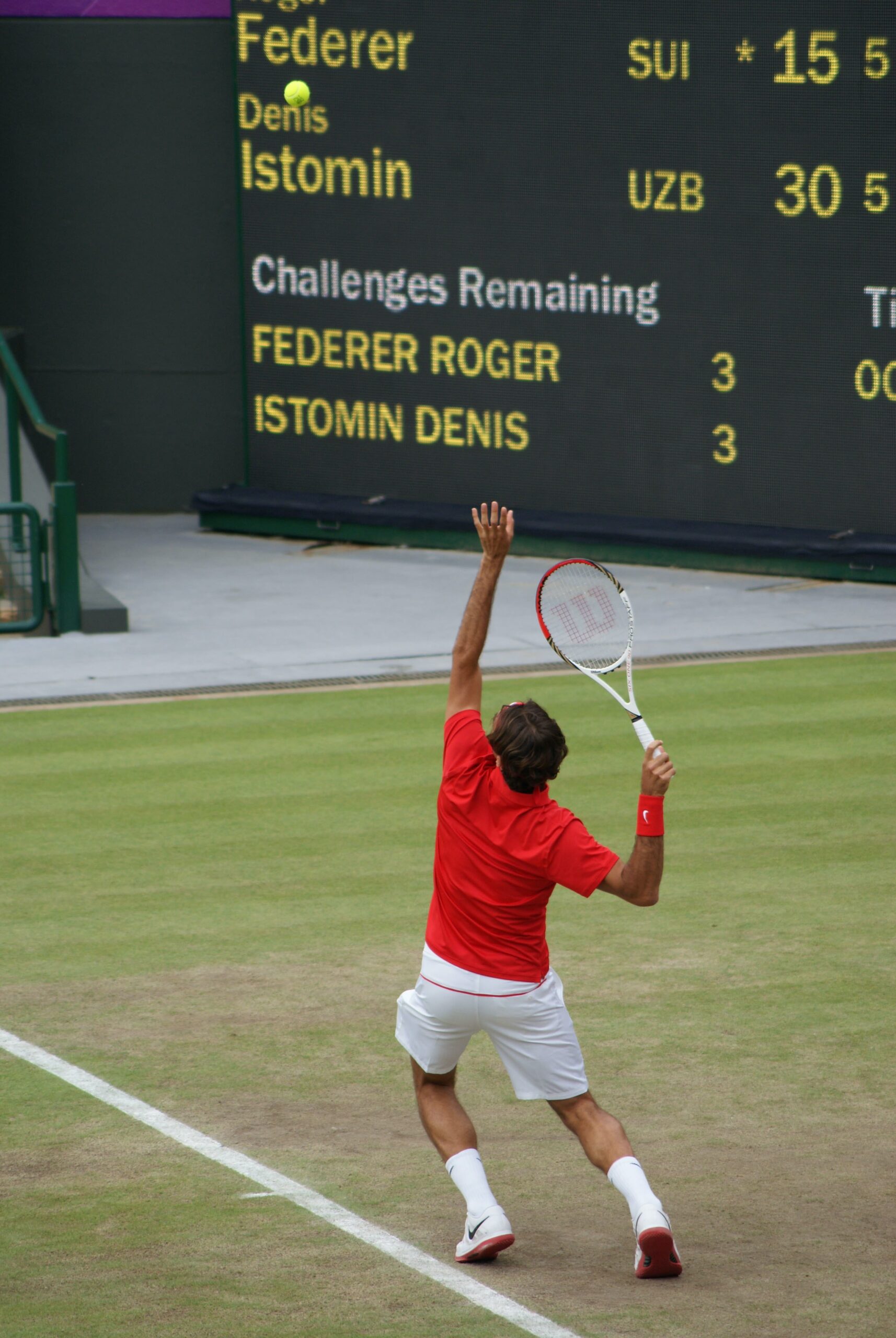 It’s clear that technology is having a big impact on the prestigious Wimbledon Tennis Tournament and the game of tennis itself, and we’re pretty excited to see where it takes the sport!

To find out more about how tech is impacting our everyday lives, tap here.

The Evolution of Social Media