For World Book Day 2019, we thought we’d take a look at our favourite thing (the internet) and see how traditional forms of literature have embraced it.📚

Sometimes, there’s nothing simpler than a book. Turning pages and reading the words that somebody else has dreamt up. However, we all have to face the reality that a significant number of the world’s population is turning to the web. That doesn’t mean we should leave physical books behind but that we can start to intertwine the two. When new technology becomes the norm, we don’t have to ditch the old. We love the idea of using two mediums and combining them to complement each other. And that’s exactly what some of our favourite books and authors have done. They’ve used their characters, worlds and literature to bring exciting new experiences to the web. For World Book Day 2019, we’re celebrating this concept! 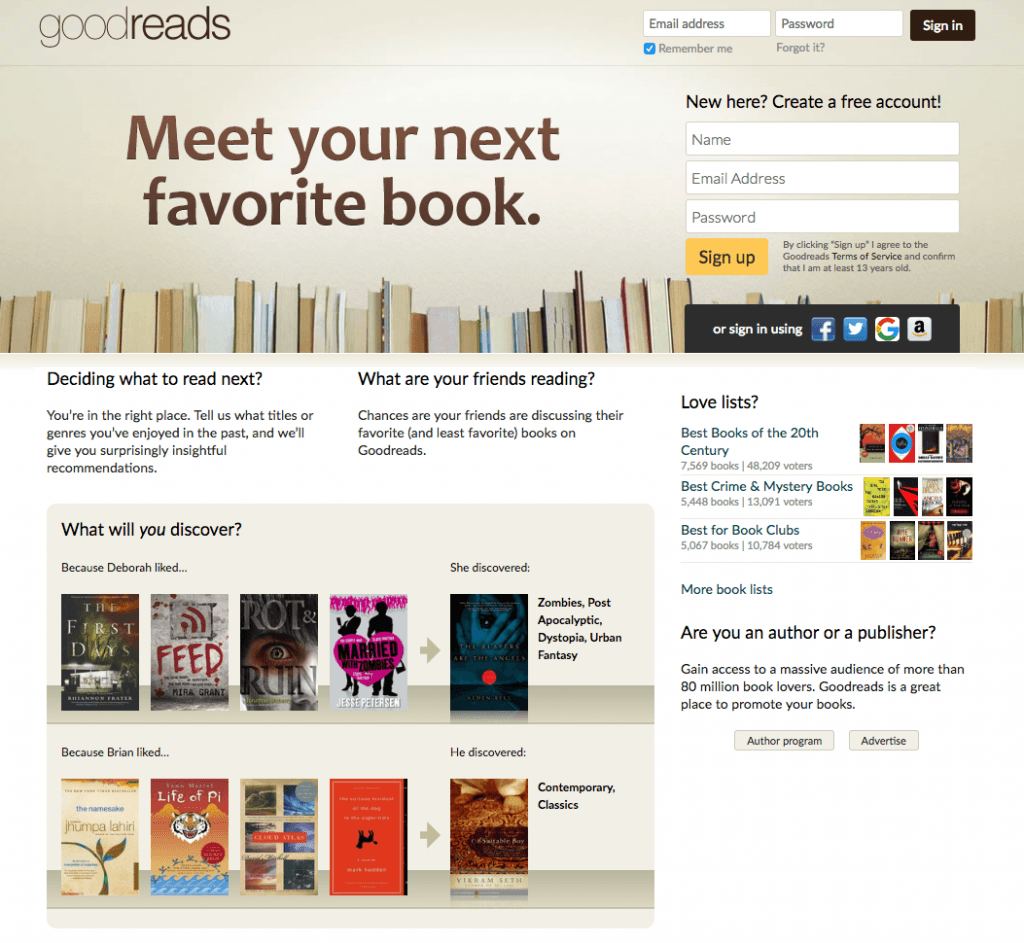 This bookworm social network has over 80 million members, 2.3 billion books and 80 million reviews. If you’ve not heard of it before, the idea is that you sign up to the site, add your friends and essentially view each other’s “bookshelves”. It’s all about getting real literary recommendations from people you know, rather than bestseller lists that can often be biased. Perfect for those who are always stuck in a book! Plus, it’s pretty easy to use so it might be a good starting point if you’re a bit of a technophobe.

Children’s publisher Nosy Crow has been taking advantage of digital since its inception in 2010. Alongside their traditional releases of children’s books, they’ve released a handful of apps to complement their stories. From readthroughs of fairytales to literature-themed games, Nosy Crow’s apps are creating an educational and interactive space for children of the digital age. If your kids love spending time on the iPad, at least you can ensure that their minds are being enriched, too. 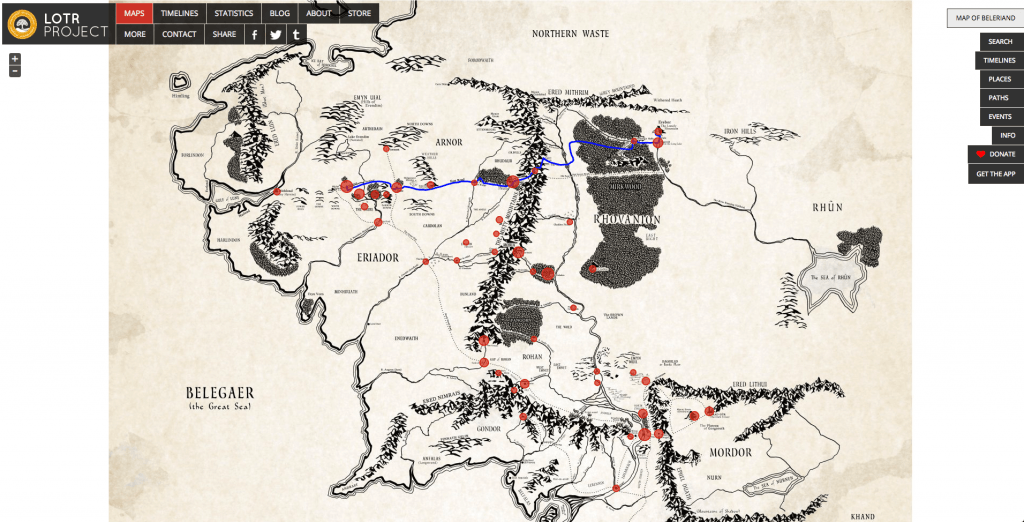 For fans of The Lord of the Rings trilogy who also happen to enjoy Google Maps, you might be excited to know that there’s a website for you. The LOTR Project, created by fans for fans, includes an interactive map of Middle Earth where you can browse events, places and characters’ paths throughout the stories. It’s not the most complex of websites but it does the job if you want to brush up on your Middle Earth knowledge whilst at your desk.

What Should I Read Next? 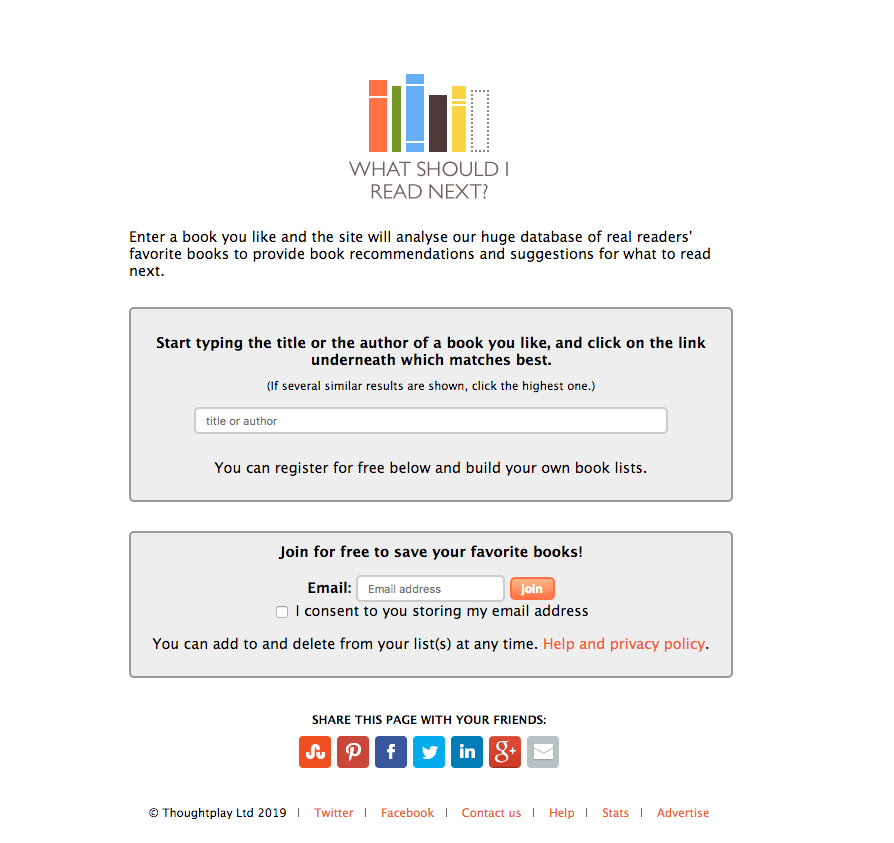 We’ve all heard of random generators – there are countless numbers of them across the web. From band names to jokes to fictional characters, you can randomly generate just about anything using one website or another. For World Book Day, it seemed only fair that we pay homage to a fantastic book recommendation generator: What Should I Read Next? You simply type in a book you’ve been loving and get loads of great recommendations based on similar themes. Life has literally never been easier. 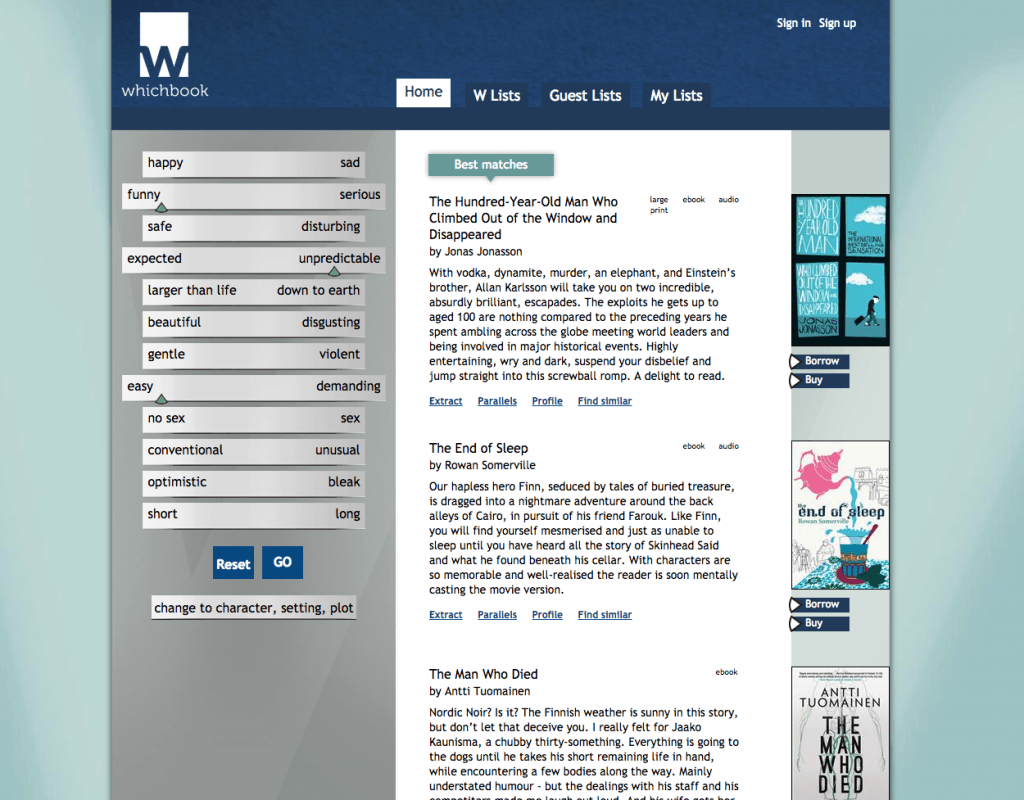 Yep, it’s another generator… sort of. Whichbook, admittedly, isn’t the most up-to-date website in the world and the UI leaves something to be desired but it works absolutely fantastically and is a great idea. There are a series of moods and themes in a column on the left-hand side and using sliders you simply drag them to suit the kind of book you’re after. It’ll give you matches based on your choices. If someone could just update this site, it’d be perfect. But we’re not mad about it. 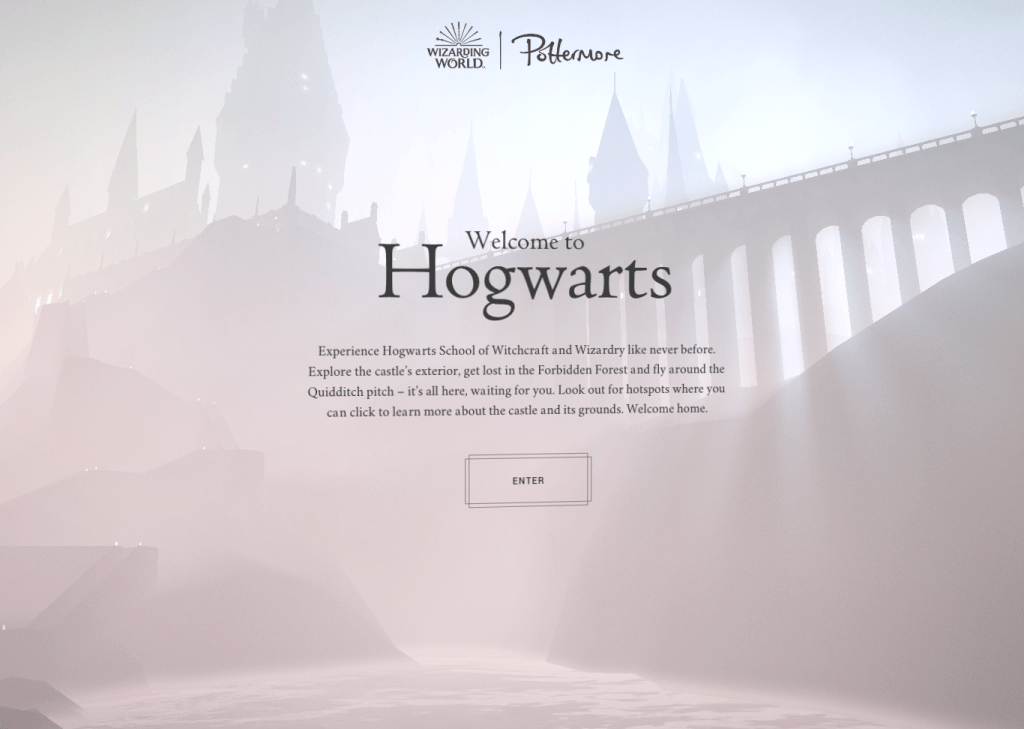 Of course, it would be blasphemy to mention literature and web in the same sentence without acknowledging the wonderful Pottermore. Jaw-dropping, award-winning web design combined with the intricate world of Harry Potter: you can’t deny that this really is a special corner of the internet. And it just proves how rewarding it can be when traditional forms of media go digital, there’s so much more to do and explore within your favourite literary works. 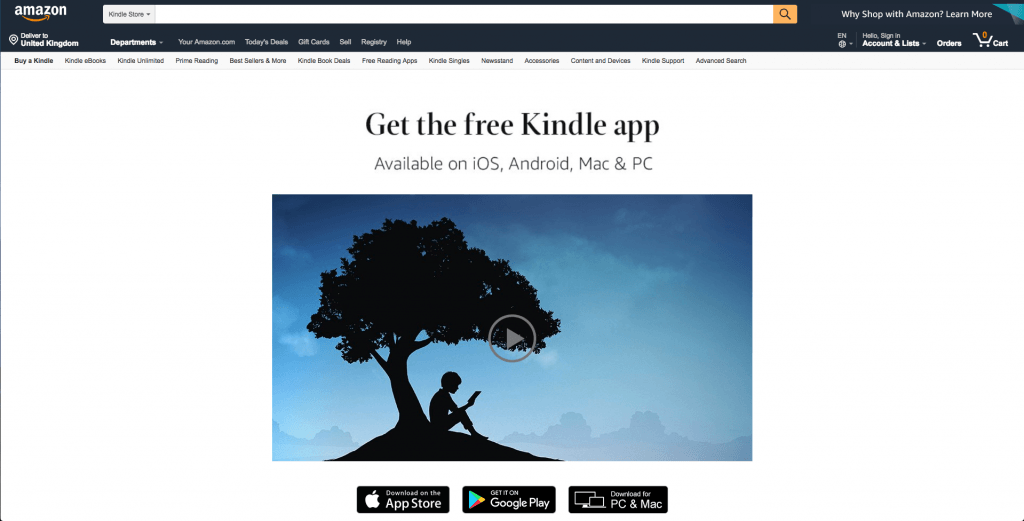 And obviously, the Kindle had to be a part of this list. Amazon really has created a digital literature phenomenon with their range of Kindle products. Old and young, the demographics aren’t always completely clear. But one thing’s for sure, if you like reading and using gadgets, you’ve probably got a Kindle or at least considered buying one. There are many e-readers on the market today but it remains clear that the Kindle is the king of them all.

Happy World Book Day from all of us at Limely! 🤓