The Pandemic: Impact on Business and Technology

Remember when you had to walk up to a bar to order a pint? Or when you had to trudge into the office for a meeting that wasn’t even that important anyway? Since the pandemic began, the world has changed a lot!

Many of these changes have come from accelerated digitisation of various industries; from hospitality and retail to entertainment and even manufacturing. No sector has managed to avoid the technological demands that COVID-19 has generated over the past few years. According to a study by McKinsey & Company, the pandemic brought about years worth of change in a matter of mere months. Not only that, they also found that the change is here for the long haul. So, buckle up as we delve into how the world has adapted in light of the pandemic…

The Rise of the QR Code

The QR code has aptly been coined ‘The Comeback Kid’ after rising from the ashes during the pandemic in 2020.

Whilst the QR code was invented back 1994, the technology wasn’t available in the mainstream until 2010. Think back to a time where the iPhone 4 had just been released, Taio Cruz’s Dynamite was number 1 in the charts and the first series of TOWIE had just been aired. Looking back, it’s easy to understand why the QR code didn’t take off in the way that marketing guru’s and businesses had predicted. Many people didn’t have smartphone’s, let alone apps that allowed you to scan QR codes and even if they did, there wasn’t enough time to open the app and capture a QR code on the back of a moving bus or train! After a couple years of curiosity, QR codes had already had their day and were old news.

Jump to 2020 and technology had come a long, long way. Apple had just released the iPhone 12, Blinding Lights by The Weeknd was the UK number 1, and most people have access to 5G on their smartphones, oh how times have changed! Pair this advancement in technology with the fact that social distancing requirements forced companies to act faster than the speed of light to keep their businesses afloat, and you’ve got the recipe for success in the form of a QR code. 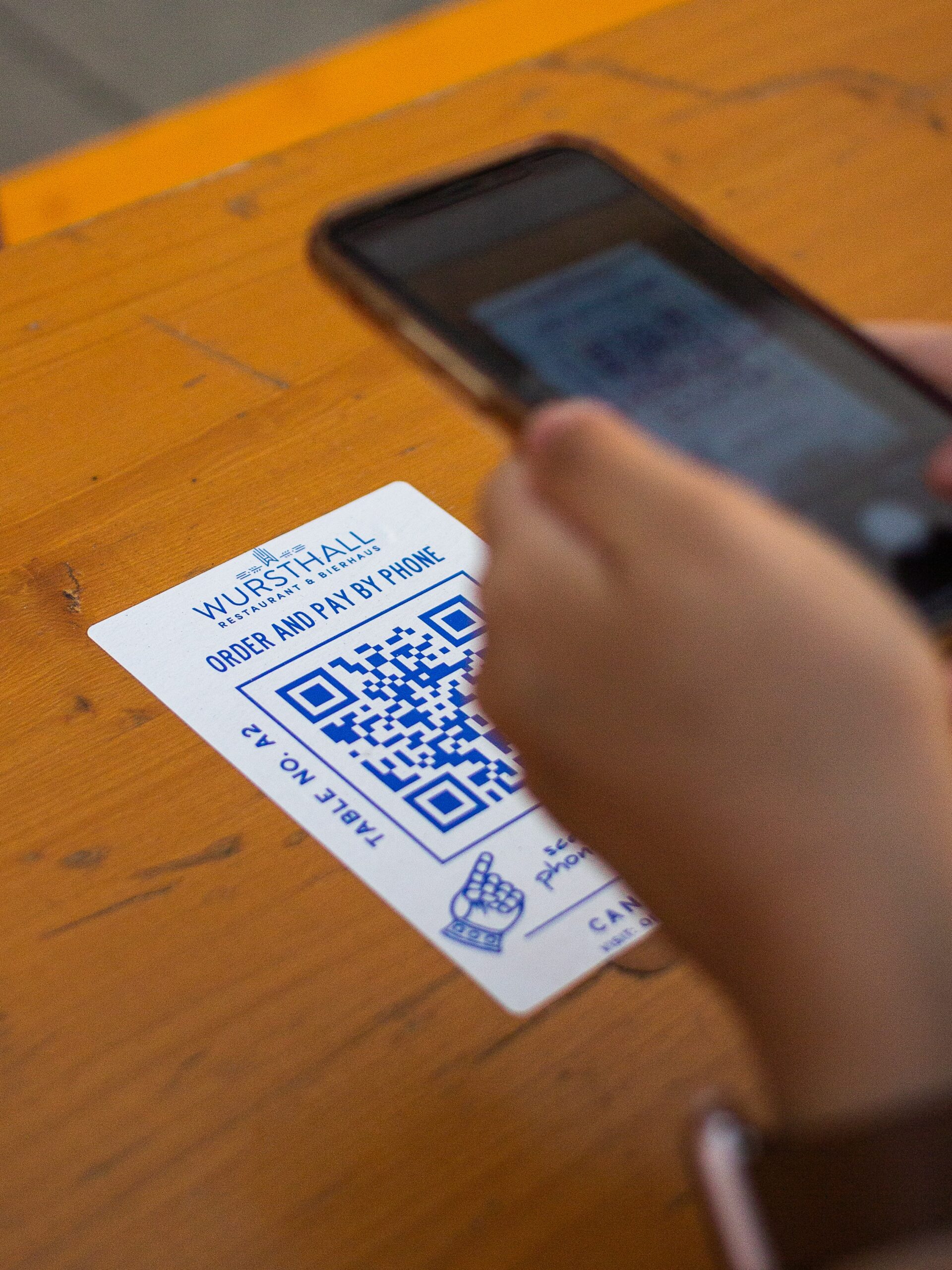 Many businesses that were previously reliant on social interaction (from hospitality and retail spaces to airlines, ticketed events and even the traditional Post Office) had to adapt quickly. QR codes allowed customers to order their food and drinks via their smartphones without the waiter having to step in.

Two years on from the height of the pandemic, many businesses continue to utilise QR code technology. Whether you’re returning a package to ASOS, going to the theatre or ordering food at a restaurant, there is not getting away from the once obsolete QR Code!

Zoom? Never heard of it!

Think back to a time, not that long ago, where Zoom didn’t even exist in the mainstream. Skype? Sure we’d all been there. FaceTime? Yep, done that. But Zoom was not popularised until early on in the Pandemic when sales rose by 370% compared to the previous year. Skype’s shiny younger brother, Zoom, overtook the video conferencing market practically overnight. And guess what? It’s here to stay.

Utilised for remote working and socialising alike, the teleconference platform shot to fame in 2020 and we can’t seem to let it go (step aside Elsa). On average, there are 300 million active meeting participants every single day. According to experts, remote working is going to continue to increase throughout 2022 and into 2023, which only means one thing! Zoom meetings will remain the norm for the foreseeable future. The CEO of Ladders Inc says “This change in working arrangements is impossible to overhype. As big as it is, it’s even bigger than people think”. 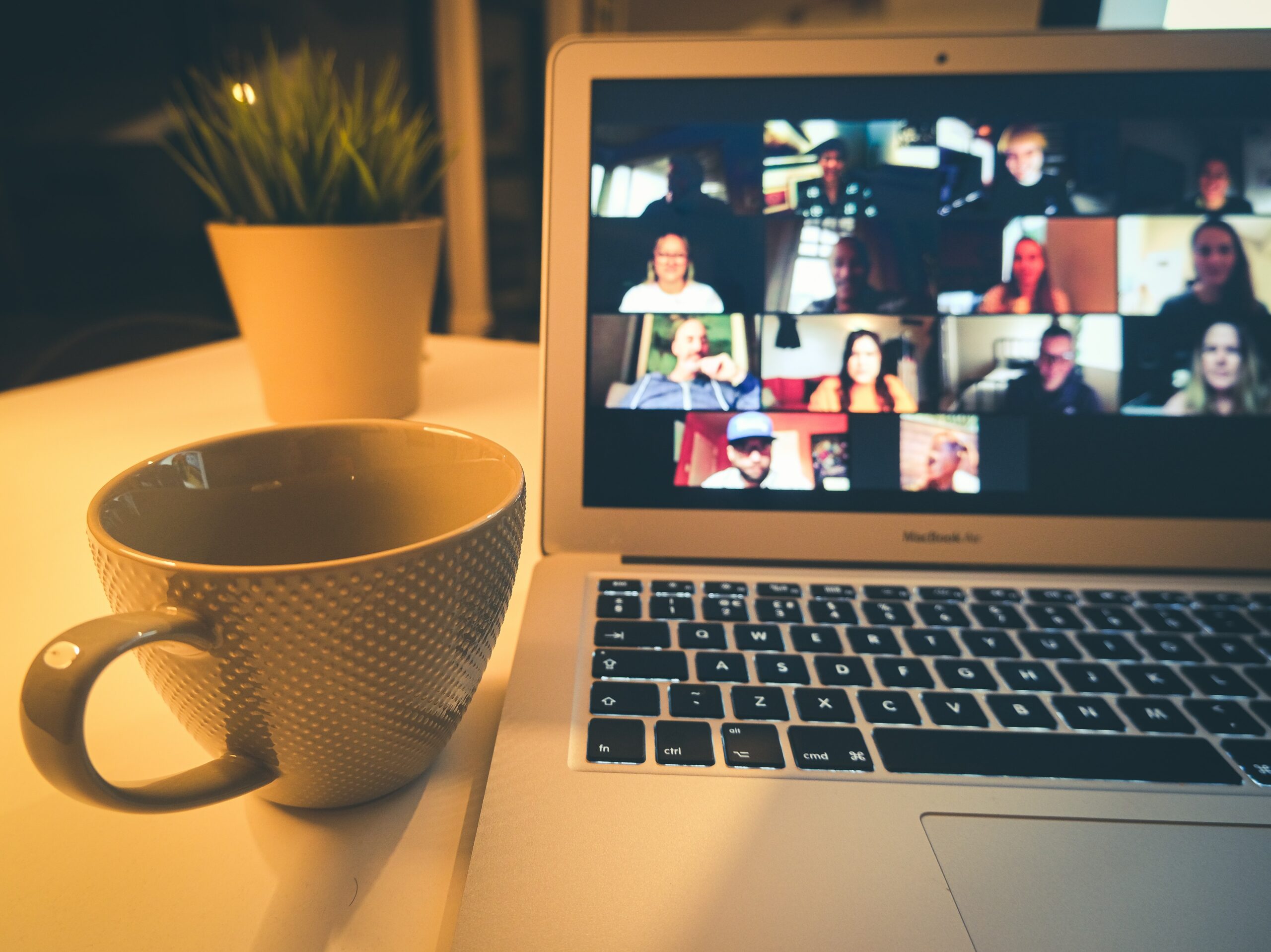 Pre-pandemic, subscription boxes were few and far between. Nowadays, there’s a subscription box for everything; from fresh fruit to self-care, gin and even pet food! During the pandemic, people turned to new ways of treating themselves amid the acceleration of ecommerce. The opportunity to have products delivered directly to your door, completely contact free during a time of social-isolation was an extremely exciting prospect! These little boxes of treats replaced the social activities we missed such as meeting your mates for a pint, dancing at a gig or spending time with family. Not only that, meal time became a breeze with the rise of pre-prepared meals from the likes of HelloFresh, Gousto and Mindful Chef. With the latter reporting a 452% increase in customer’s during the first national lockdown. It seems we got so used to the convenience of subscription boxes during the pandemic that we can’t go without.

The number of businesses utilising the subscription model has increased hugely over the past few years. Providing the ability to curate boxes based on customer interests and needs, this new business model provides exponential opportunity for growth. With the subscription market set to be worth £1.8 billion by 2025, it is no wonder why so many industries want a part of the action! 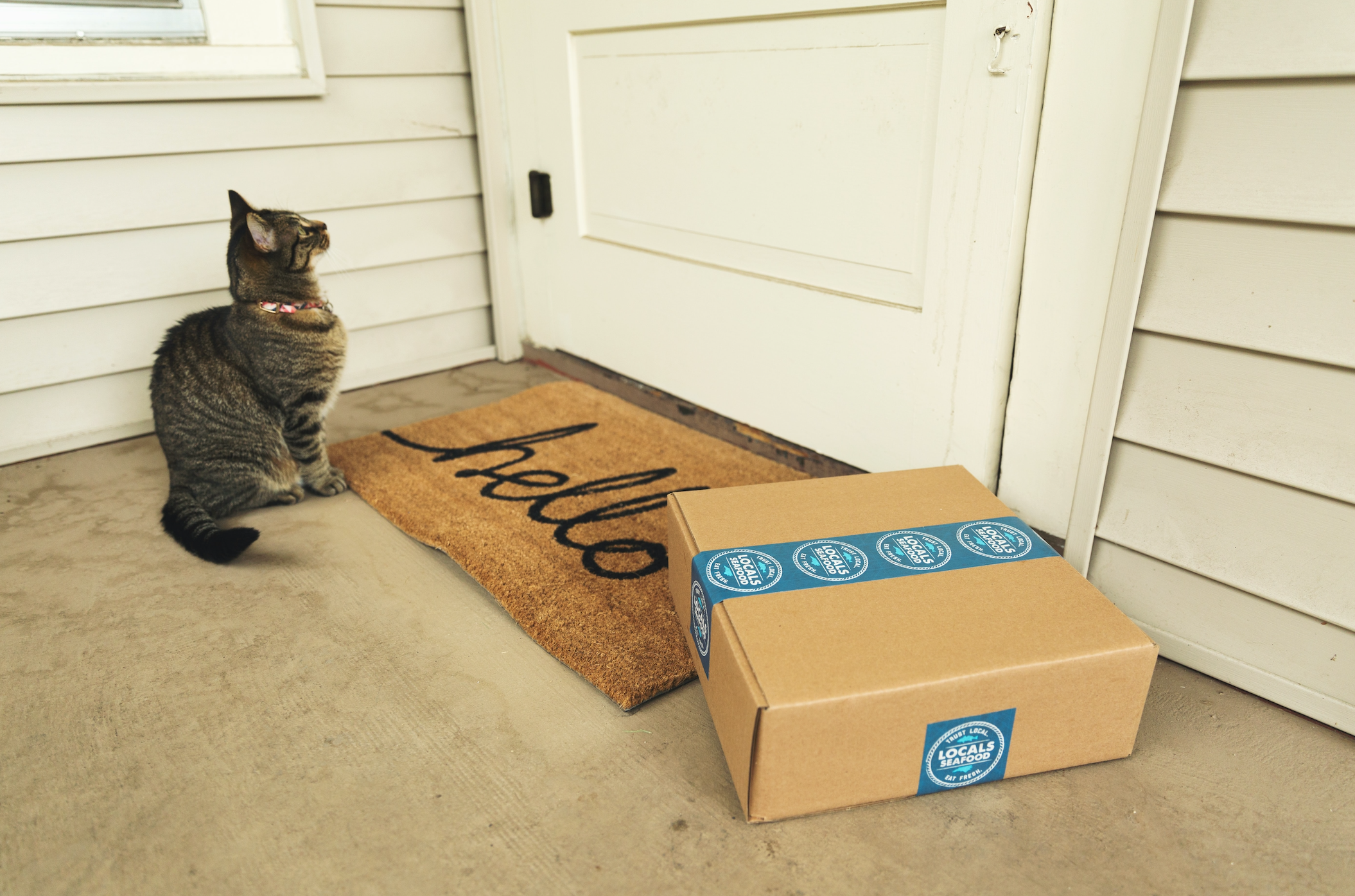 Since the pandemic began, we have been looking for ways to reduce contact in the new low-touch economy. The number of contactless self-checkouts rose by 25% in 2020, whilst the contactless payment limit increased to £100 in 2021 in a bid to minimise the spread of germs and viruses. Face ID is now used for payments on smartphones, enabling quick purchases without even having to reach for your card! Technology has enabled us to vastly reduce human interaction whilst maintaining the daily activities we are used to.

Amazon’s concept store Amazon Fresh came to fruition last year when the new store allowing customers to literally ‘grab and go’ opened in London. And guess what? The QR code is the hero once again. Simply pick up your groceries, scan the QR code from your Amazon App and walk out the door, it’s as simple as that! 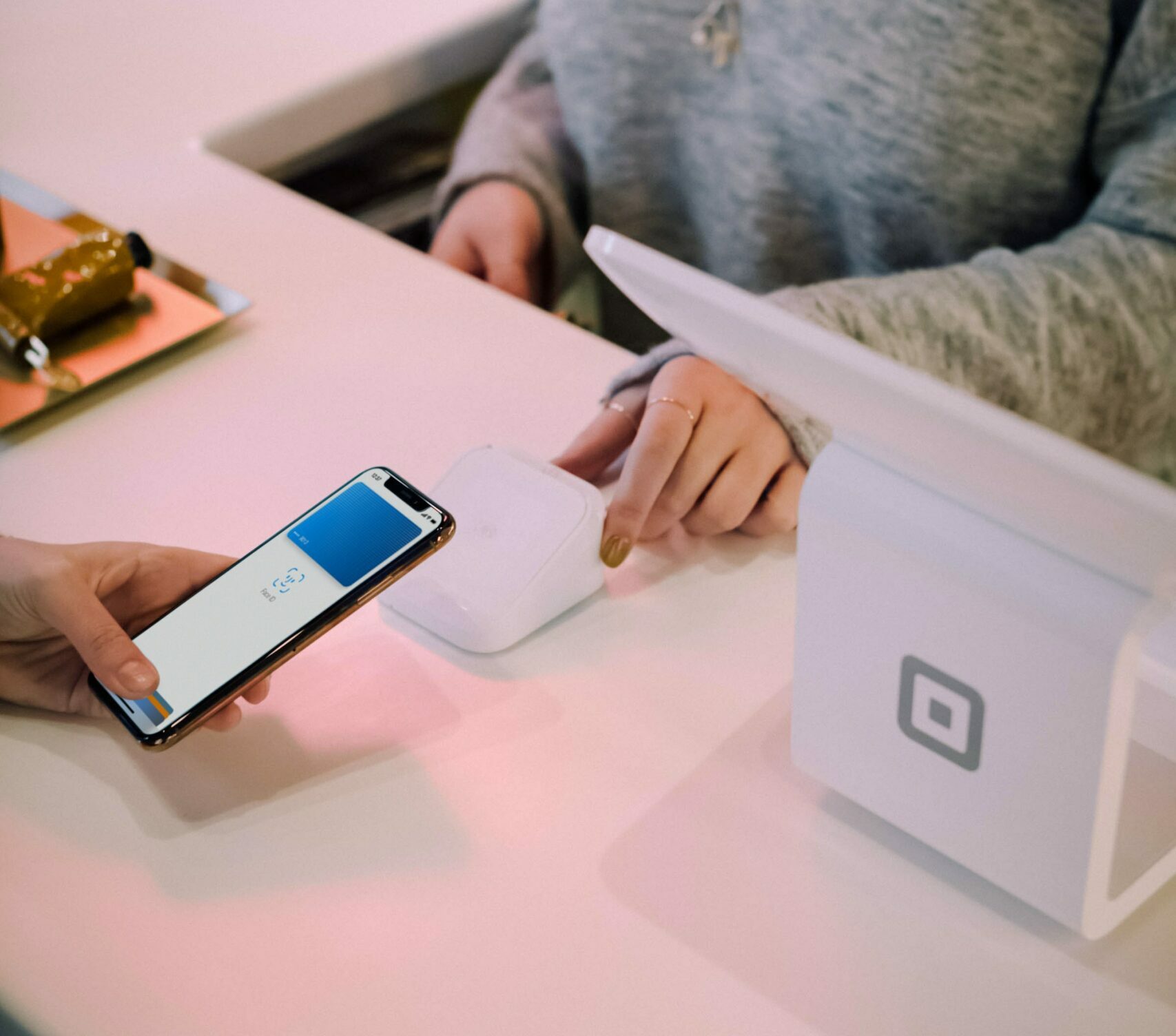 The advancements in technology over the past few years have seen many changes in the world of business. The momentum created by such fast adaptations has set a new precedent for businesses to pivot as quickly as technology develops. Looking forward, it seems likely that businesses will continue to adapt and take advantage of the changing technological landscape!