It’s been a while since we did a product-based blog post here at Limely so we thought it was about time. Even better, we’re just in time to check out all the coolest (and not so cool) things about the latest smartphone to hit the market – the Samsung Galaxy S9.

Samsung’s newest handset launched at MWC 2018 on the 25th February. Although it won’t be available to the public until it goes on sale on 16th March, we have plenty of tech reviews to sift through. It’s priced at £739 direct from the brand without a SIM. Carphone Warehouse are offering the exact same deal. Contracts look fairly average at the moment – £239.99 upfront cost and monthly payments of £29.99. But you’re not really interested in all that, right? Let’s move onto the real reason you clicked onto this blog post: the new features of the S9 (and of course, the similar S9+).

Features worth talking about

It’s pretty much an unwritten rule now that whenever a new smartphone is released, they’ve got to have at least a few interesting features that can spark a few social media discussions. In a world of ultra-competitiveness (particularly in tech) and fast-paced advances, there’s little point releasing a smartphone without something worth talking about. This is definitely a pattern we’ve seen emerging – even if it means launching a pretty silly feature. Definitely not talking about Animoji… But without further ado, let’s run through some of our favourite selling points about the Samsung Galaxy S9.

Speaking of Animoji, it’d be wrong for us to not mention this one first. Okay, so it’s not exactly our favourite thing about the S9 but it’s definitely worth a mention. Samsung’s AR Emoji works with similar technology to the Apple version, but has a more lifelike result. 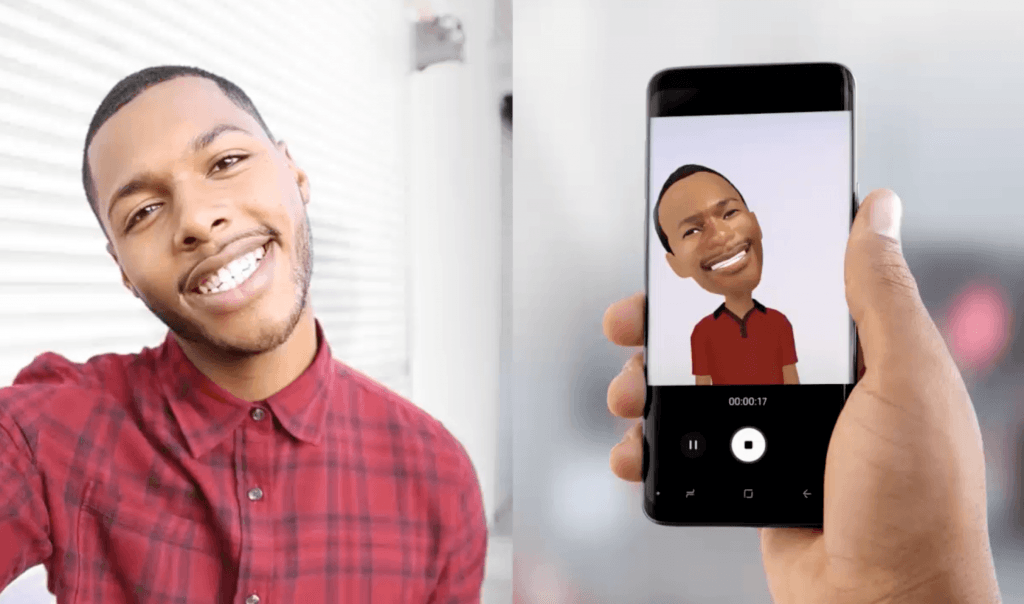 The new feature scans your face and creates a creepy-looking Bitmoji-style digital version of you which is customisable and can be used in texts (and supposedly any messaging services). Or as Samsung puts it: “Turn your selfie into an emoji and watch your messaging come alive”. We understand why some people will love it but it’s likely to be more of a novelty thing.

Perhaps one of the more respectable features in the S9, let’s talk about slow motion. Here’s a video from Recombu showing some of the ordinary, everyday ways you can use Samsung’s latest slow-mo camera update. The technicalities? Well, we’re looking at 960 frames per second which is pretty impressive compared to the 240 fps you get with the Google Pixel 2.

However, there’s definitely a reduction in quality that comes with more impressive slow motion capabilities. Compared with the iPhone’s 240ps in 1080p, the Samsung’s 960fps means 720p resolution. And it’s nothing unique either – the latest Sony Xperia XZ is offering the exact same specification.

Now this is a practical addition to a smartphone that we can really get excited about. There’s not much to say about this feature except it’s really flipping handy. How often have you been on holiday and felt pretty isolated that you couldn’t read shop signs or road directions?

Well, never fear. If you’ve got a Samsung Galaxy S9 you won’t have to worry about asking a stranger for help. Yay for less social interaction! The S9’s camera scans real-life text and translates it for you into the language of your choice. Neat. Of course, this is all powered by Bixby – Samsung’s one-year-old digital assistant. 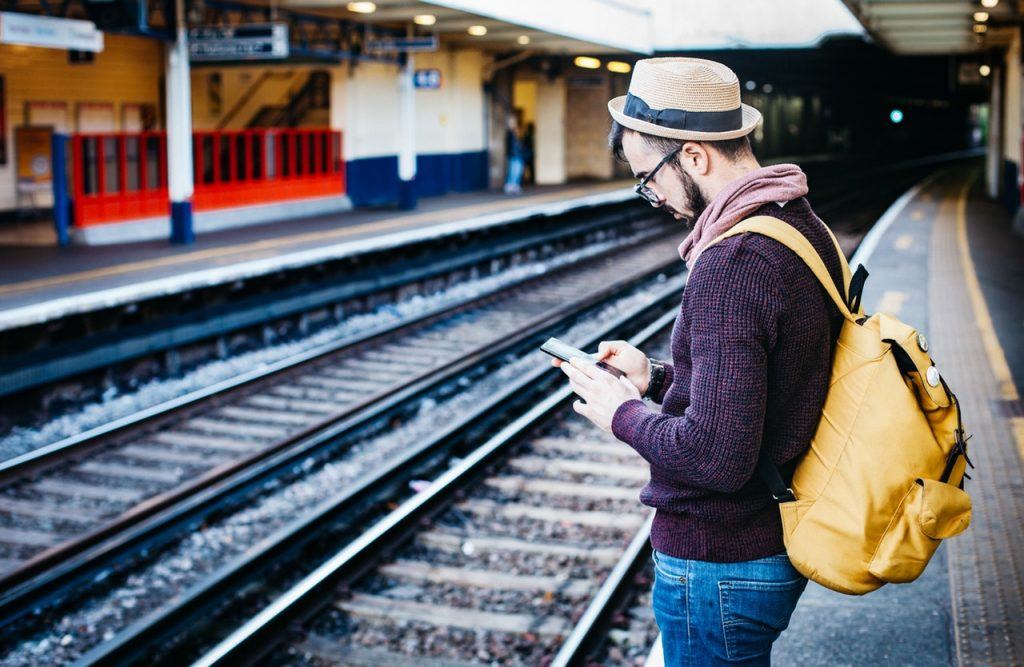 For those of you who were utterly disgusted at Apple’s removal of the iPhone headphone jack – and then subsequently Google’s repetition – the Samsung Galaxy S9 is for you. Despite any lacking in other areas, we can’t fault Samsung on their ability to listen to the consumer and act upon feedback. People want headphone jacks. Samsung delivered. They’ve caught up to speed with a lot of the advancements in smartphone technology including facial recognition but they’re not forcing wireless earphones upon us just yet. Nice one, Samsung. 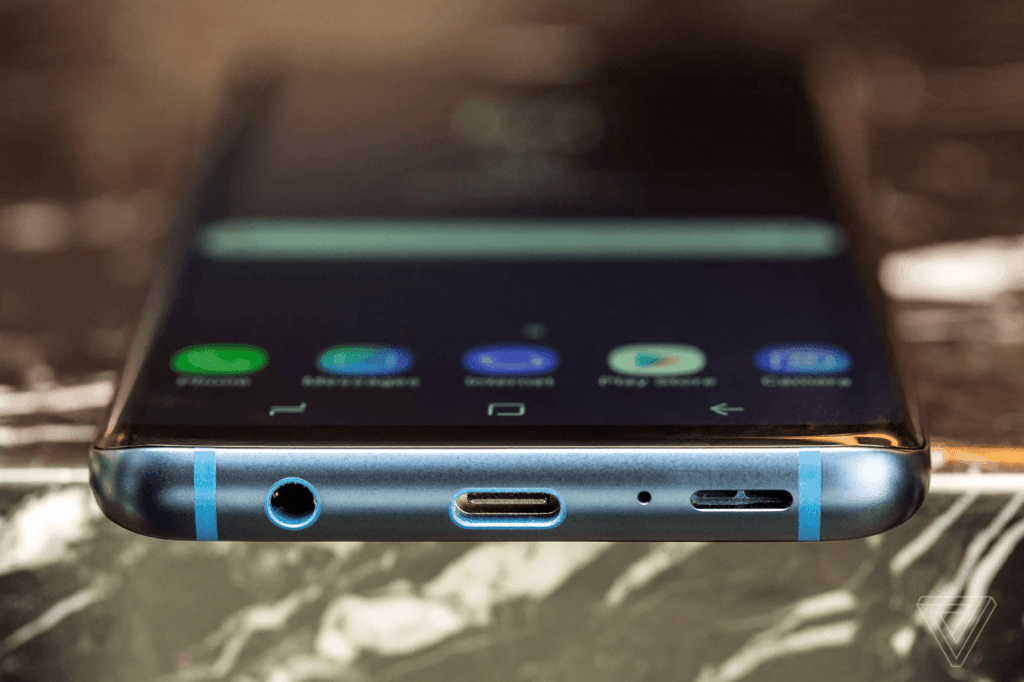 As you’ll have seen in the first image on this page, there is a dual camera feature on the latest Samsung handset, but it’s only gracing the Plus version for now. This is giving us de ja vu – iPhone 7 and 7 Plus, anyone? But we’re not picking holes in the Galaxy manufacturer’s strategy. If you don’t keep up with your competitors, you’ll soon slip behind. The new dual camera on the S9 is packed with great features. One of our favourites? The Live Focus. You can manually slide your photograph’s background in and out of focus to watch your masterpiece take form before your very eyes. 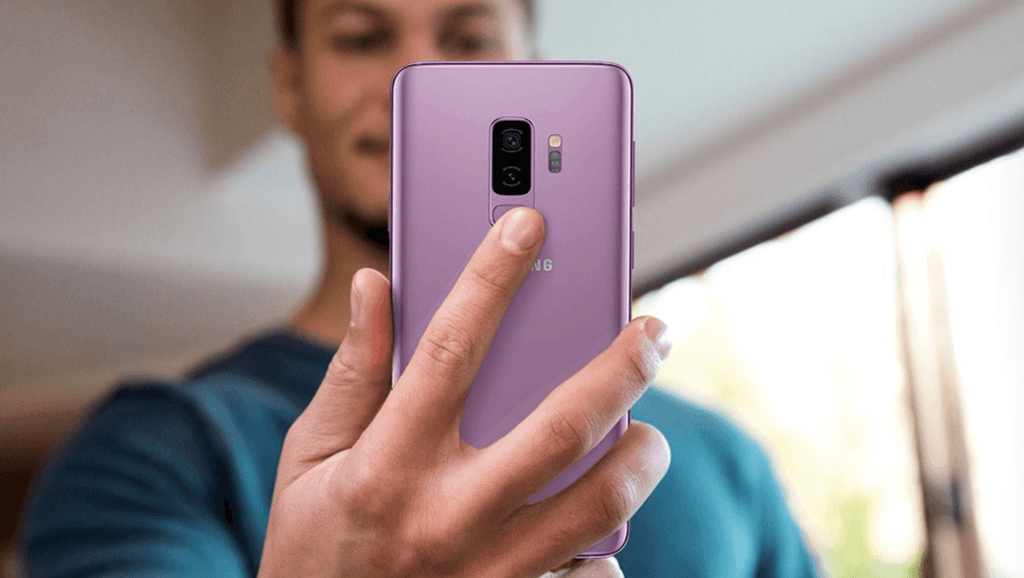 That said, the basic S9 camera still has some pretty remarkable additions. Dual Aperture is the name of one of these: an installation that allows you to take equally stunning photos in both low light and bright light. For the geeks out there, this is powered by 2 modes: F1.5 aperture mode and F2.4 aperture mode. These switch interchangeably depending on what the lens detects.

Overall, we’re pretty impressed with the Samsung Galaxy S9. It’s a good looking phone with some really interesting features. We can’t say it’s the most advanced or unique handset to enter the market but it’s definitely a nice instalment from Samsung for the time being. To be really honest, we’re looking forward to seeing what’s in store with the Galaxy Note 9. It’s rumoured to be launched sometime in August… watch this space.