Can you believe Pokemon Go has already been out for a month?

It’s true…the game that has conquered the world and broke countless records was launched just 30 days ago; July 7th.

In that first month, the augmented reality mobile version of 90’s craze Pokemon has earned more than $200 million in global net revenue.

While another top earner of this year, Clash Royale, actually held its own when it comes to earnings, Pokemon Go’s revenue skyrocketed after the game was launched in Japan in mid-July according to an estimate by app development platform Sensor Tower. 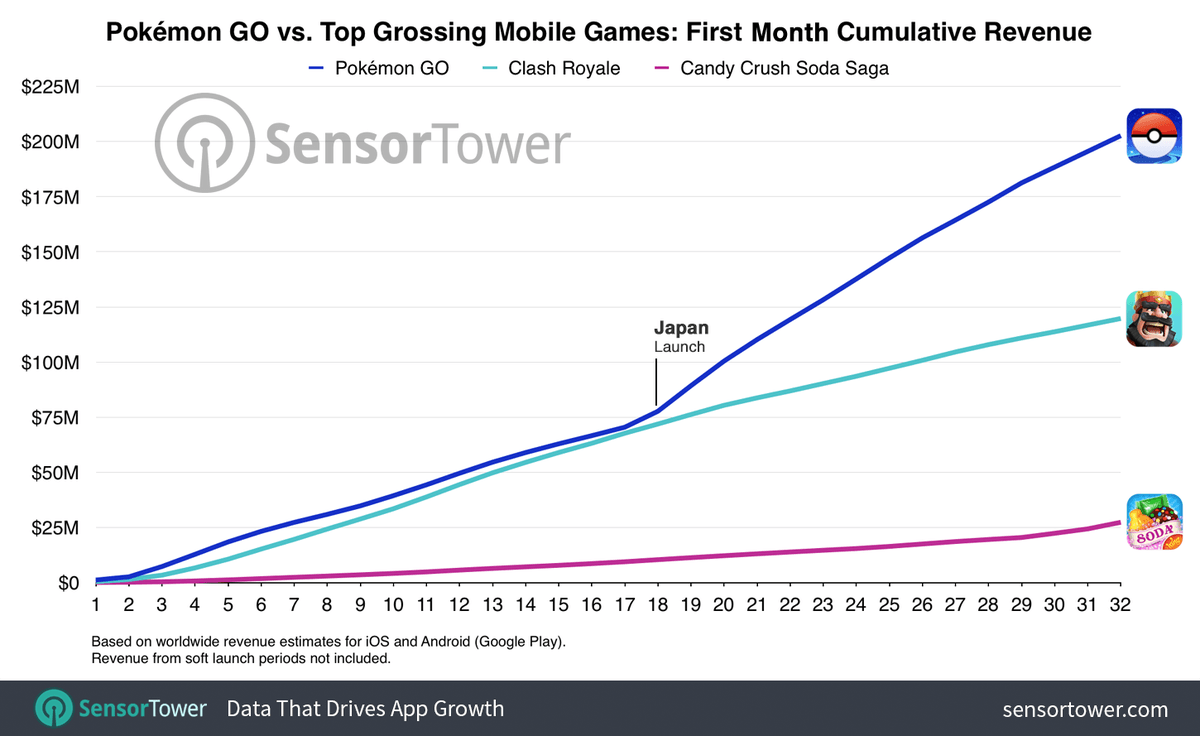 The initial hysteria of Pokemon Go may have subsided somewhat, but the game is still soaring to the top of Apple’s App Store charts for the most popular free game as well as the highest-grossing game in a long while!

Pokemon Go was most recently launched in Singapore and a number of other Asian countries, but it still hasn’t arrived in the largest and, potentially, the most lucrative Asian market of China…