Forget a fresh start on New Year’s Day and signing up for a new gym membership, every year the tech industry excitedly awaits CES – the annual electronics trade show that rolls around every January.

CES, or Consumer Electronics Show, has been going since 1967 and is always the most anticipated event for gadget lovers. It started on the 9th earlier this week and is due to end on the 12th. So far, we’ve seen a whole host of incredible technology that is impossible to not get excited about! Here is a run-down of our favourite products and the ones that have certainly caught the eye of both big brands the public.

Okay, so all the top players were there and they’ve all unveiled some really sweet products. We’re talking Google, LG, Samsung, Sony and plenty of lesser-known companies too. But, without further ado, let’s get onto the reveals that caught our eye the most. 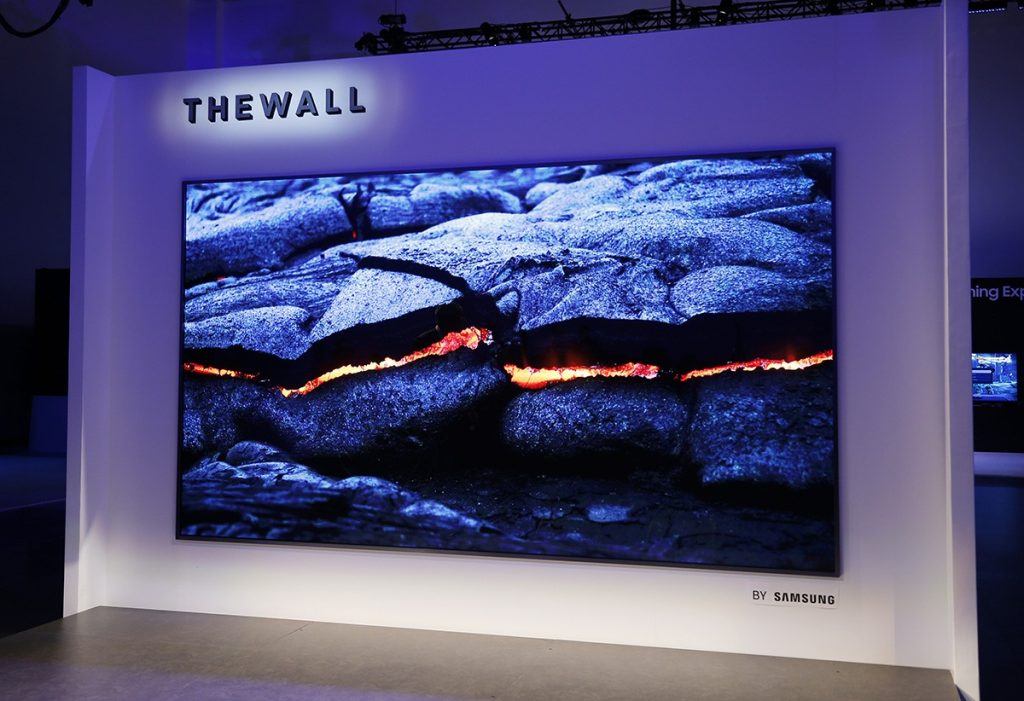 One of the biggest TVs at CES this year and it’s an impressive one at that. Measuring up at an unbelievable 146-inches, The Wall is 4K and the first “modular TV’ in the world according to Samsung. It can be customised to any size you desire – supposedly- and it’s got some impressive image quality, too.

Speaking of crazy TVs, LG unveiled their new and improved rollable OLED this year. It literally does it what it says on the tin – it’s a TV that can be rolled up like a tube of wrapping paper. Incredible! Click on the gif to view the full video on YouTube. 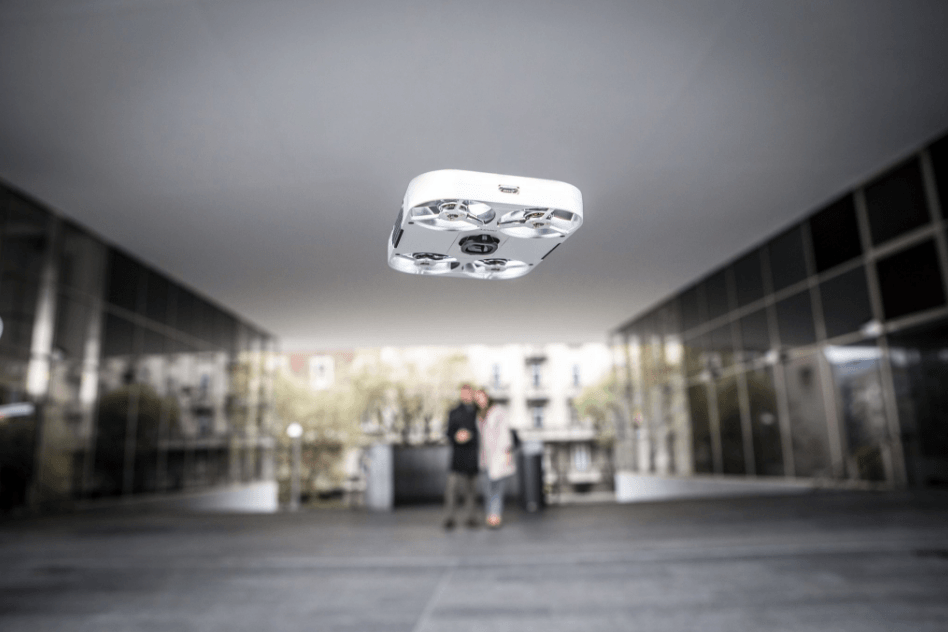 It’s exactly what you think it is. A mini-drone that takes selfies. Sound great, right? Maybe also a little too hyper-tech? Well, this product is an improved version of its original which was funded by a successful Kickstarter campaign. The camera boasts 12 megapixels and has a 16gb storage. Once it’s available in March, the drone will retail for around $300 (£222). 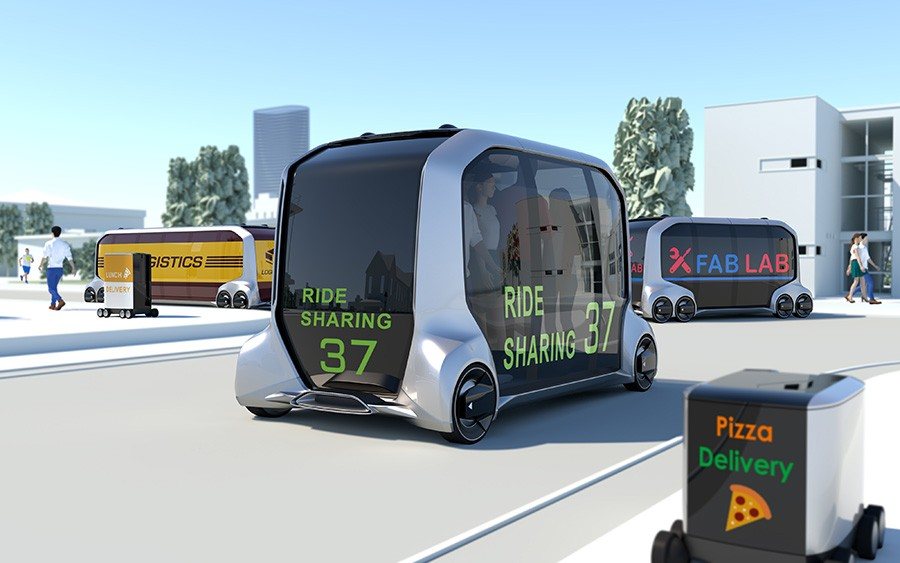 Probably one of the most unexpected revealed at CES: the Toyota e-Palette. It’s a food truck-inspired concept which aims to combine autonomous vehicles and retail. The examples shown at the trade show included a shoe shop, a restaurant and a donation station. The e-Palettes can be completely customized to suit any business’s ideas. Amazon is getting on board and that’s enough to convince us. Oh, and Uber want to get involved too, creating larger ‘ride-sharing’ vehicles to expand their current service offering.

This cute little robodog’s return certainly won the hearts of CES-goers and it’s won our hearts too. It was one of many robot concepts shown this week but it’s definitely the most appealing. Aibo features OLED eyes with motion sensor capabilities and AI improved since the previous version. However, the mechanic puppy will cost just under $2,000 (around £1400) which may be a little on the expensive side for your average punter. That said, it’s hopefully launching later this year. 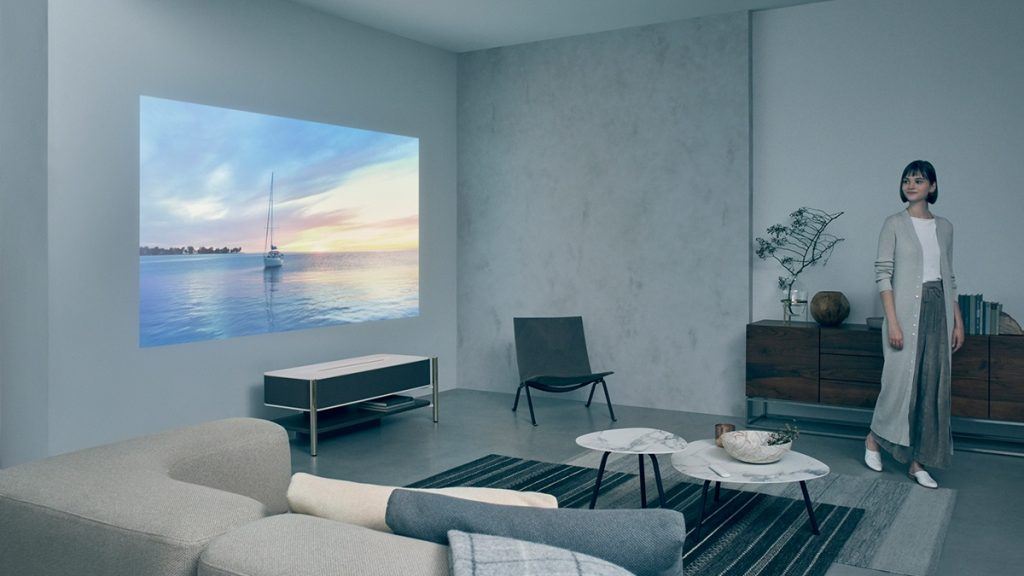 For all the film buffs and well, people with a lot of money to spend, this is a product that is going to transform your home. Coming in at a whopping $30,000 (£22,000 or thereabouts), the 4K projector removes the need for bulky hardware and focuses solely on beautiful visuals. Interestingly, the actual projector is disguised as a sleek and stylish table. It’s basically the poshest home projector ever made. The tagline? “Movie theatre quality in your own home”.

We’re not sure of the practicalities of this showcase but it’s certainly one of the most visually stunning presentations at CES this year. Basically, LG built a huge ‘canyon’ of 256 OLED TVs to show off how great their product is. Attendees at the trade show could walk through the canyon and admire it in all its glory. To see more, click the gif to see the full video.

So, there you have it: our favourite stand-out products from this year’s Consumer Electronics Show. Although it’s all very interesting, we can’t help but think some of the items are a bit, well, Black Mirror-ish. Let us know which your favourite was and any that we missed!