Last Friday (11th November 2016), we planned, choreographed, shot and edited our very own Mannequin Challenge.
But with a difference.

What is a Mannequin Challenge?

One of the most prolific social media web trends of October/November of this year has been to create a “Mannequin Challenge”.

The challenge is where a group of people, musical artists, companies, millionaires, celebrities etc. appear to be ‘frozen in time’ – therefore appearing like mannequins.

The videographer will then wind through the frozen scene, zooming into motionless bodies within the video as everyone remains completely still.

How did we do it?

We sat down over lunch and discussed the basics of the scenes involved and who would be included in what shots etc. but then we decided to take it one step further…

“What if we could produce multiple scenes using the same people, within the same continuous piece of footage?”

Plan out who’s going to be doing what AND in what order! Everyone had a different path to follow to make sure the footage worked seamlessly with zero cuts.

Making sure everyone not only knew what scene they were in but that they also had easy access to the props they’d need in each scene.

We whisked through 5 or 6 dry-runs before introducing the camera. This ensured the timings were spot-on and our team were moving efficiently from one scene to the next without being caught by the camera!

After making sure we had the shots choreographed in the most logical order, we then dived around the office for about 30 minutes until we had the perfect take. Then it was time for editing!

We reviewed the different takes, then quickly edited the footage in iMovie 10. We removed the audio (I had to shout what I had in-shot and where I was heading to next in the room) then edited the speed of the drawn-out camera passes to create the motion tween effects from one scene to the next.

Being a small team, it allows us to react and adapt very quickly to new industry trends or social trends – this is a perfect example of how we increased brand awareness on Facebook. 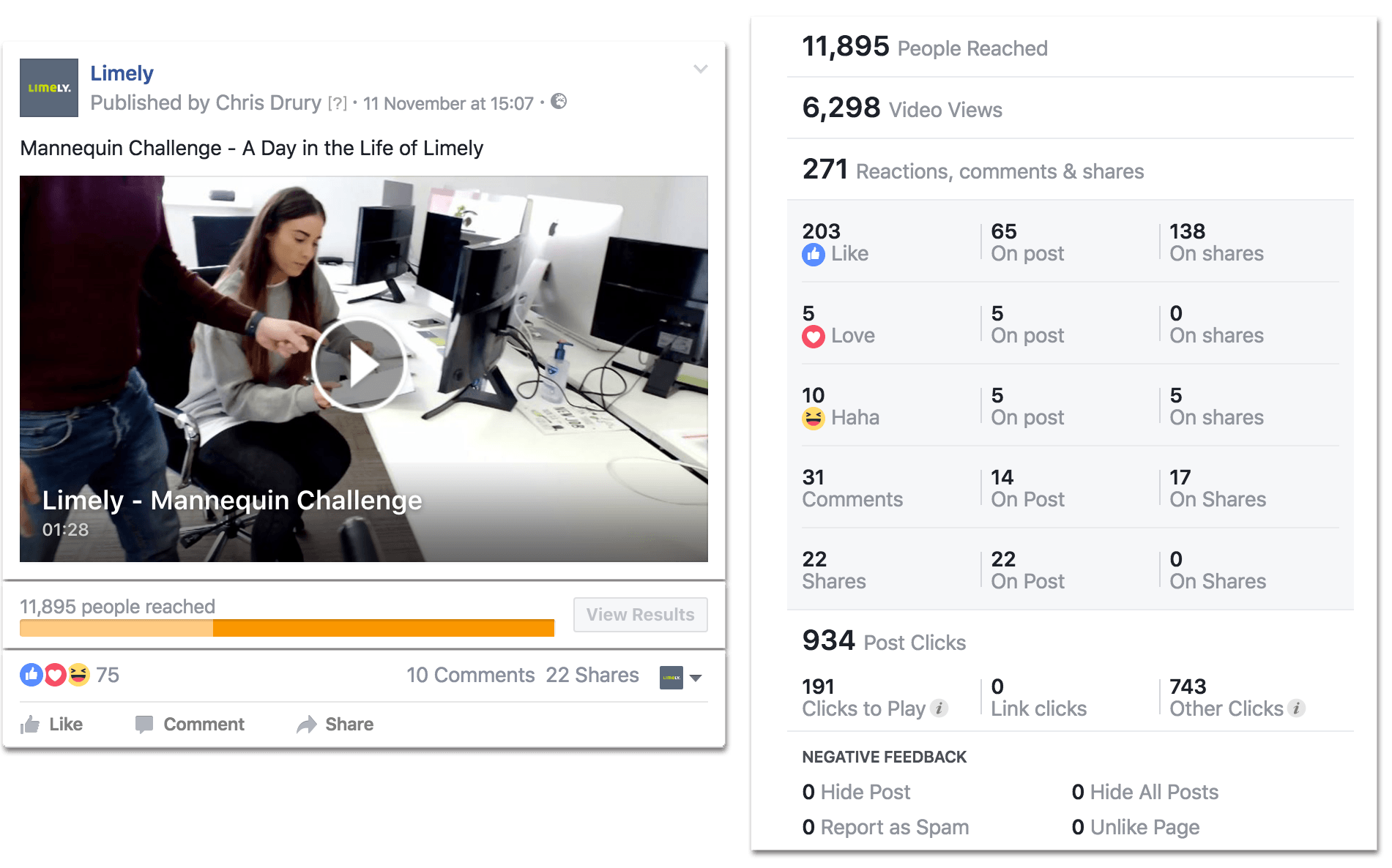