Here at Limely, we believe in work hard and play hard. And after a good run of client wins and jam-packed schedules, we decided to blow the cobwebs away with a day away from the office.

The choice of the trip was no other than Alton Towers, the UK’s number one theme park! We overcame fears, did lots and lots of walking and ticked off all the ‘Big 6’. 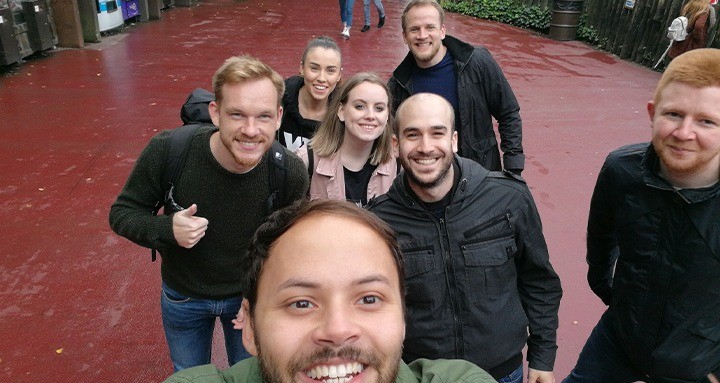 The journey to Alton Towers

We set off from Chester, bright and early, at 8 o’clock with bags full of snacks and a few nervous grins. After a couple of hours driving across the Cheshire and Staffordshire countryside, we finally arrived. The timing of the trip was great. There was hardly anyone at the ticket desks and ride queues were no longer than 10 minutes for the majority of the day… Hurray for the kids going back to school!

First on the list was everyone’s agreed favourite: Nemesis. Graham couldn’t contain his excitement! It was probably the best one for Spencer to have a go on first. He’d never been to Alton Towers before. Nemesis is famed for its exhilarating 3.5 G-force and being the first inverted coaster in Europe. It was built back in 1994 and is still regarded better than many of the modern roller coasters around the world. Needless to say, it was a hit with Spencer. We went on it twice because we just couldn’t get enough. When the queue is only 5 minutes long, you can’t say no. 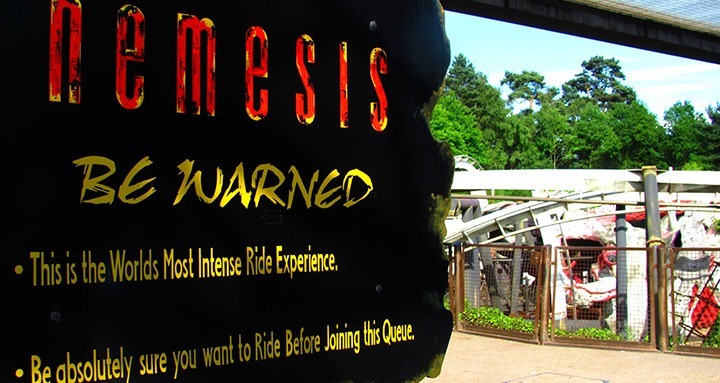 The Limely team ticked off every single ‘big’ ride at the Towers, including the white-knuckle 4.5G Rita and deathly drop of Oblivion. We were pretty disappointed with Galactica, the VR wasn’t nearly as impressive as we’d hoped. Next time, we’ll just choose to not wear the headsets and pretend it’s still Air! Thirteen was definitely a favourite; we all kept the surprise drop and backwards run a secret from Niko and Spencer who’d never been on it before. It was worth it to see the look on their faces!

Getting over our fears

The most unassuming ride of the day had to be Hex (Emma’s least favourite experience!). We all decided to go on it to kill some time whilst on the way to the X-Sector, and ended up feeling incredibly dizzy and incredibly confused afterwards! Emma (the 2nd) managed to get over her fear of Oblivion, and everyone braved The Smiler after being worried sick something horrendous might happen.

All in all, it was an incredibly successful day. We feel refreshed and ready to crack on with some more work, so keep those eyes peeled! For the time being, you can see what we’ve been getting up to over the past month here.

Why You Should Be Using WordPress for Your Blog