How Many Robots Does It Take to Run a Supermarket?

These warehouses and supermarket’s are revolutionised by robots!

In Southeast London there is a grocery packing warehouse the size of seven football fields. It belong to Ocado. The online groceries are packed by robots. Over two thousand of them! And they are all controlled by one big boss AI robot called The Hivemind. Dystopian, right?

Ocado’s bots can move in an X, Y and Z direction, they go up to 14km an hour and they pass within 5mm of each other. They move around ‘The Hive’ all day, picking items from different boxes and sending them over to the packing robot, who decides how to grasp the item, clarifies it’s the right one, and then packs it in real time for customers. The bots have sensors built into them to recognise when they’re passing cells. They even used parts from the Xbox, specifically Xbox Kinect, as the technology was advanced for the time and often used in AI developments.

Amazon have been doing something similar for a few years now, with their ‘smart warehouses’. Using bots in tandom with human employees keeps things running efficiently and keeps costs low and products more affordable. 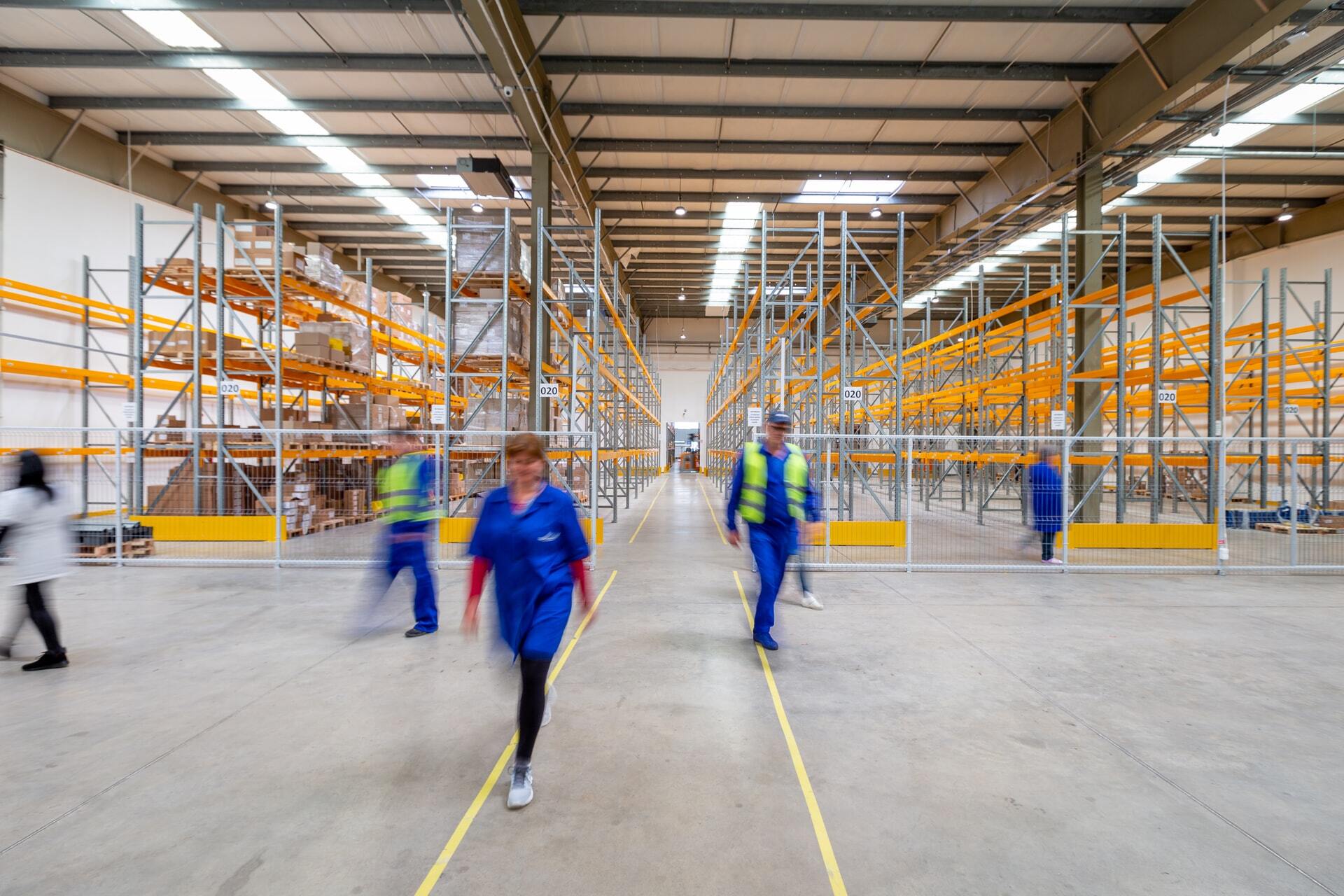 Using bots has become increasingly popular, so much so, it’s extended from warehouses to supermarket’s themselves. E-commerce master, Amazon, have jumped on this and opened their first two UK stores in London this year. The idea is that you grab what you want and just walk out. No employees. No queues. No ‘unexpected item in bagging area’. You just walk out and your Amazon account is charged for whatever you’ve taken with a receipt sent to you.

How Does it Work?

The store uses technology found in self-driving cars, such as computer vision, sensor fusion and deep learning tech. It uses both cameras and data pulled from multiple sensors to track when you’ve picked up an item and what it is. When you’ve picked it up, it gets added to your virtual basket, and when you pop it back down, it gets removed. All you need to get involved with this modern way of doing your weekly shop, is the Amazon app. You scan it to get into the store and then voila! You can begin.

Are we one step closer to a society that is revolutionised by robots? Or a society that is unsociable and eventually even peopleless? Let us know what you think. Chat to us on Instagram, Twitter, Facebook or LinkedIn!