How Does Social Media Use Artificial Intelligence?

As technology develops, AI is making its way into every aspect of our lives.

From self-driving cars, Alexa, Google Home and even traffic cameras – AI is everywhere! And as people are beginning to recognise its presence as well as its usage of our data, they’re asking how else it is infiltrating their lives. And one part of our lives in which its role is quite significant is social media. 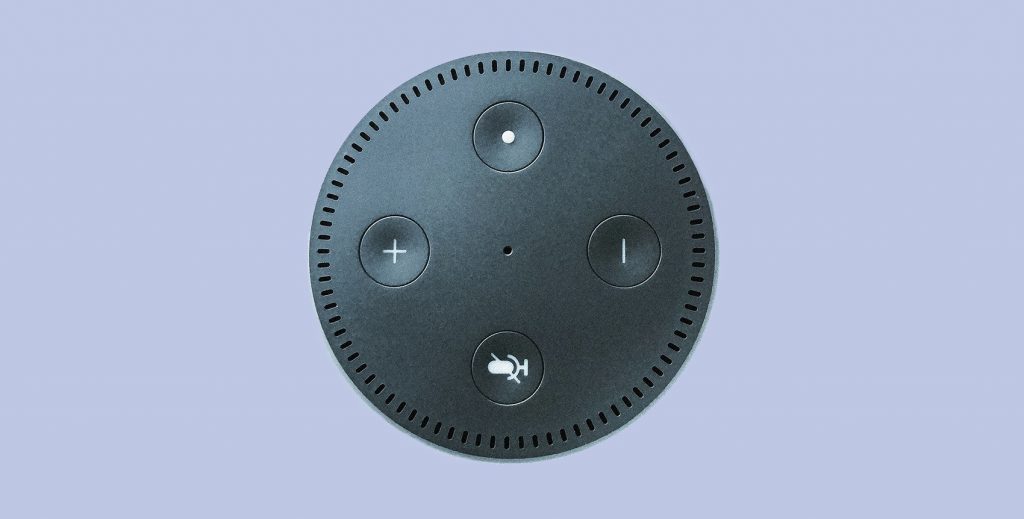 It’s helping our technology and our social platforms to become more intelligent; using our details and behaviour to become more individualised and give the user the best experience. But, how exactly is Artificial Intelligence involved and what is it doing with our data? We thought we’d get you up to speed with what exactly is Artificial Intelligence, and how it is utilised by everyone’s favourite social media platforms.

Firstly, what is Artificial Intelligence?

Although it sounds like something from outer space, AI or Artificial Intelligence just refers to certain technologies and machinery having a human or, in some cases, animal-like intelligence and instincts. Whether it’s using programmed data or other exterior influences like our behaviour, it is able to absorb the information to improve its systems and services – creating a more personalised experience for its user. 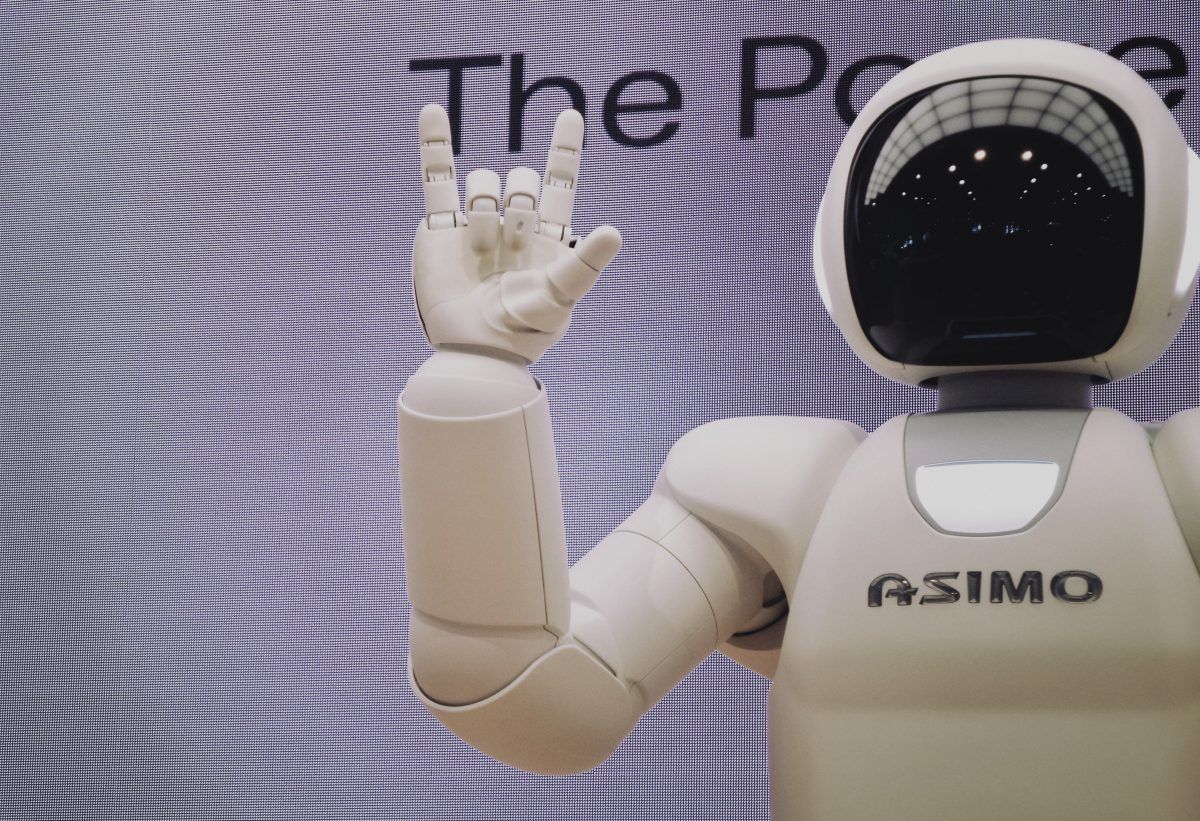 In terms of social media, this acts a very handy tool when making the specific platform more attuned to the user and their needs. It follows your data and your behaviour in order to better itself at providing content that you want to see. So when you think it’s a spooky coincidence that Facebook knows to suggest your primary school best friend, or advertise your favourite snack food, that’s just AI being super clever. So, how else does it help?

Facebook is recognised as a platform predominately made up of text posts. With this in mind, Facebook has applied AI to sift through and read our posts to assess its content and purpose. It is said that the specific tool they use is called DeepText, and it deciphers the intentions of our post in order to give us back relevant content on our feeds and timelines. This can range from marketing, advertising and even similar posts where conversations like yours are being held.

In recent years, it came to light that Facebook was also using AI to tag our pictures. Users were noticing that Facebook and its image reading software were assigning our images with specific tags, depending on what our image contained. These automatic alt tags have included things such as ‘image may contain: one person, hat, beard’, like seen in the tweet below, and have really shown what information AI can pull, just from an image.

But this isn’t news – Facebook has been using technology such as this since 2016, as a part of their attempt to be more accessible. Applying tags such as these means that those who have visual impairments or disabilities can easily access the audio description feature so they can have the image described, even if the user hasn’t applied the tags them themselves. This is just one aspect of how AI is improving the online experience for as many people as possible.

What has made Snapchat so popular is its capability to turn your face into anything you fancy, as well as applying things such as beauty filters, hair filters or even ones that change your voice.Things took a turn for the hilarious a few years ago when they enabled new filters which challenged reality itself; allowing you to see what you might look like as an OAP, as well as a young toddler and even your opposing gender. All these funny features are made possible by AI; as they track your face and features to allow you to alter them in real-time. 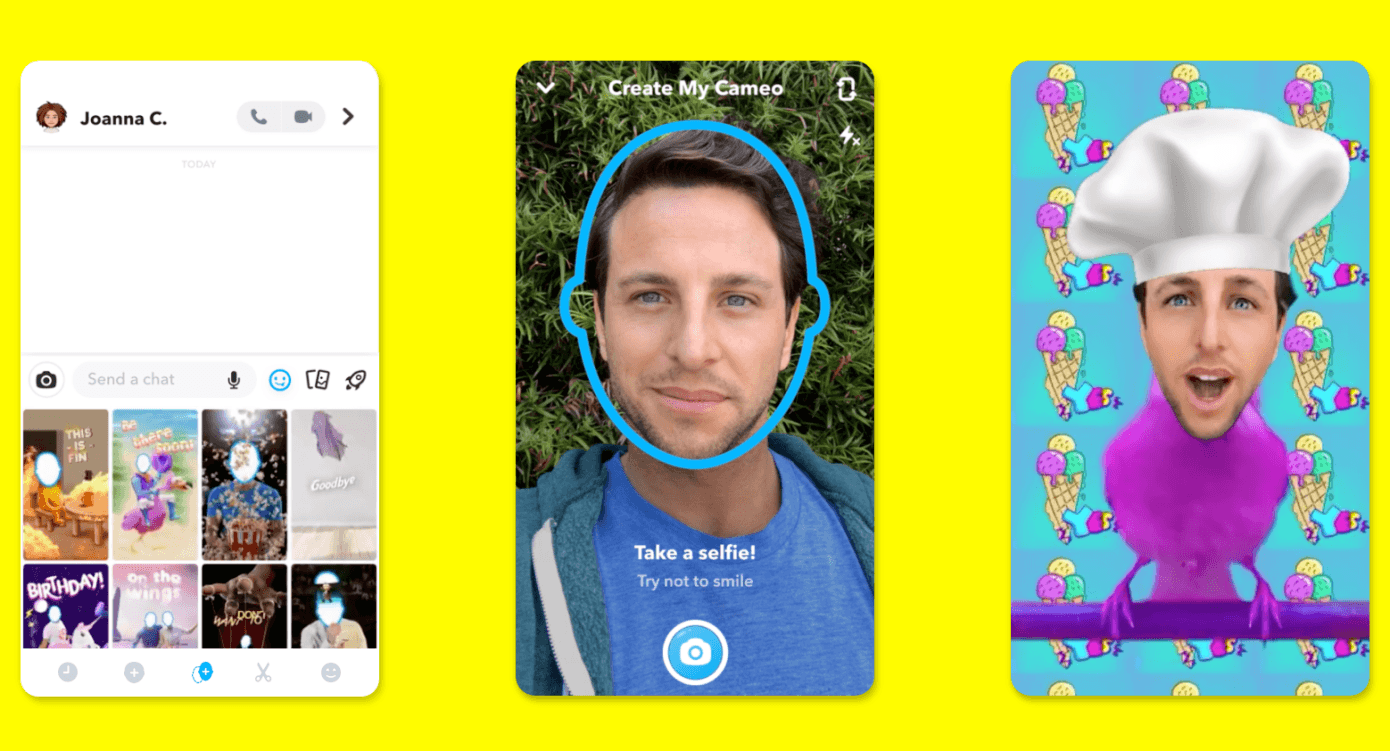 A relatively new feature amongst the Snapchat world of filters, Cameos have really been showing off the capabilities for AI. Cameos are the result of Snapchat’s latest collaboration and help bring your selfies to life. By taking one picture of your face, they can then be applied to the 150 animations available and can be used within the messaging systems on Snapchat.

Not only do they use facial recognition AI, but text analysis enables appropriate Cameos to be suggested depending on the words you use, meaning they can be used as reactions, emojis and add a fun spin to conversations with friends.

An unsuspecting user of AI, Twitter does not escape benefitting from its advantages. Similar to Facebook, Twitter uses text analysis to read your tweet’s content and purpose in order to show your relevant tweets in your timeline.

Before the use of AI, Twitter would use the content of the people you followed to fill your timeline, but in reverse order. Now, Twitter uses AI to create an algorithm so your timeline is not only full of content you have approved but full of what Twitter thinks you’ll want to see – putting more relevant tweets at the top of your timeline. 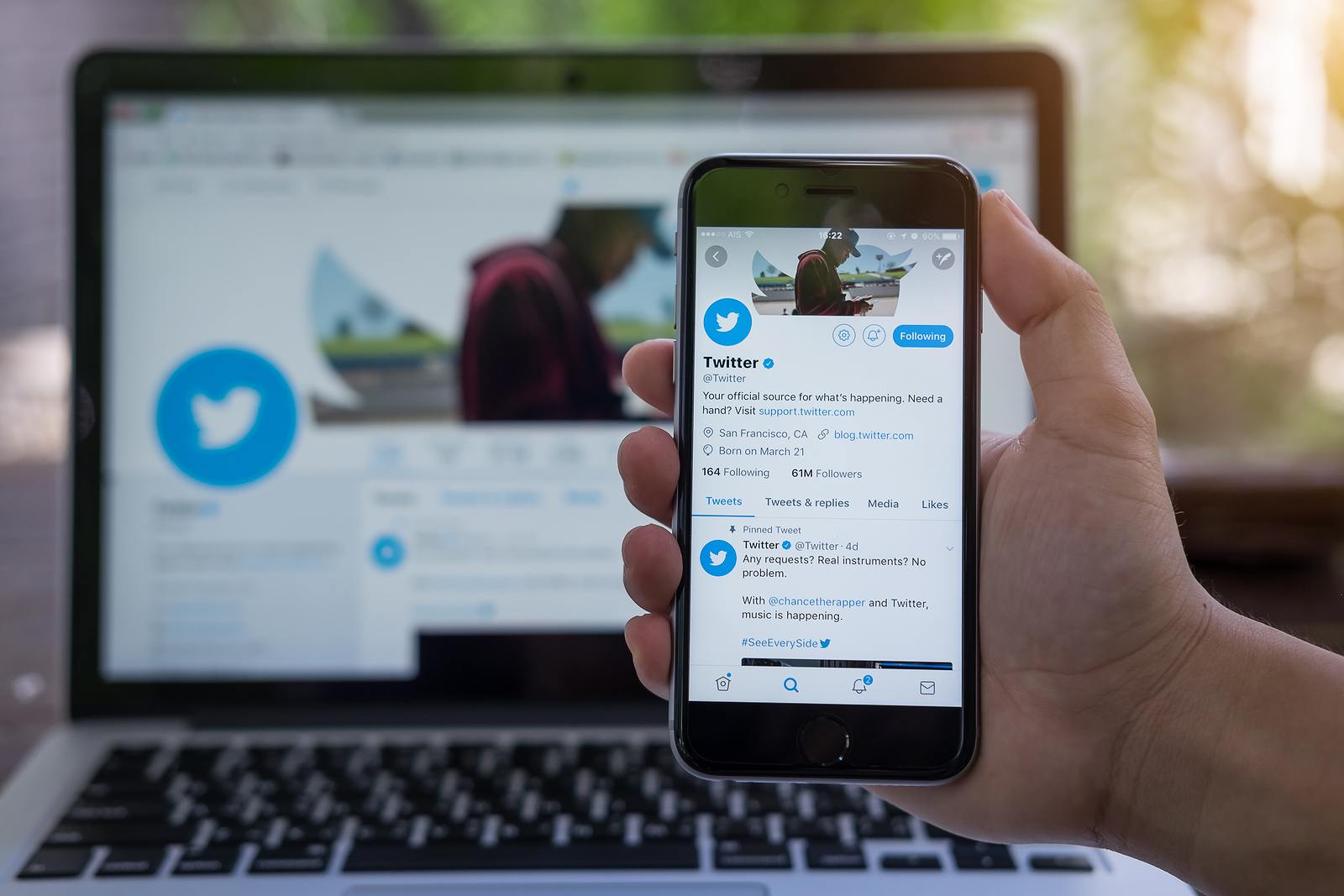 Twitter also uses text analysis to pick out offensive, harmful and inappropriate content across its users. In the first six months of using this technique, Twitter took down almost 300,000 Twitter accounts that were connected to terrorist organisations – 95% of them being located purely by artificial intelligence, rather than human effort. This helps to show ways in which AI isn’t just there to improve your experience but keep you safe.

What are your thoughts on AI? Continue the conversation by following us on Instagram, Twitter and LinkedIn.