How Augmented Reality is Shaping the Future of Ecommerce

The first Augmented Reality (AR) system was developed in 1992 by Louis Rosenberg and since then, technology has advanced beyond comprehension! I mean, in 1992 we were still walking around with Nokia bricks for mobile phones (and did I mention they still had antenna’s at that point?!) It’s safe to say that the technology has come a long way since then, and we’re about to delve right into it!

So, what is Augmented Reality?

In contrast to the immersive experience of Virtual Reality (VR) which ultimately blocks out the real world with a headset and creates an artificial environment, AR layers digital elements to your physical surroundings in real-time. These digital elements are most often visual components, but they can be auditory and other sensory stimuli. 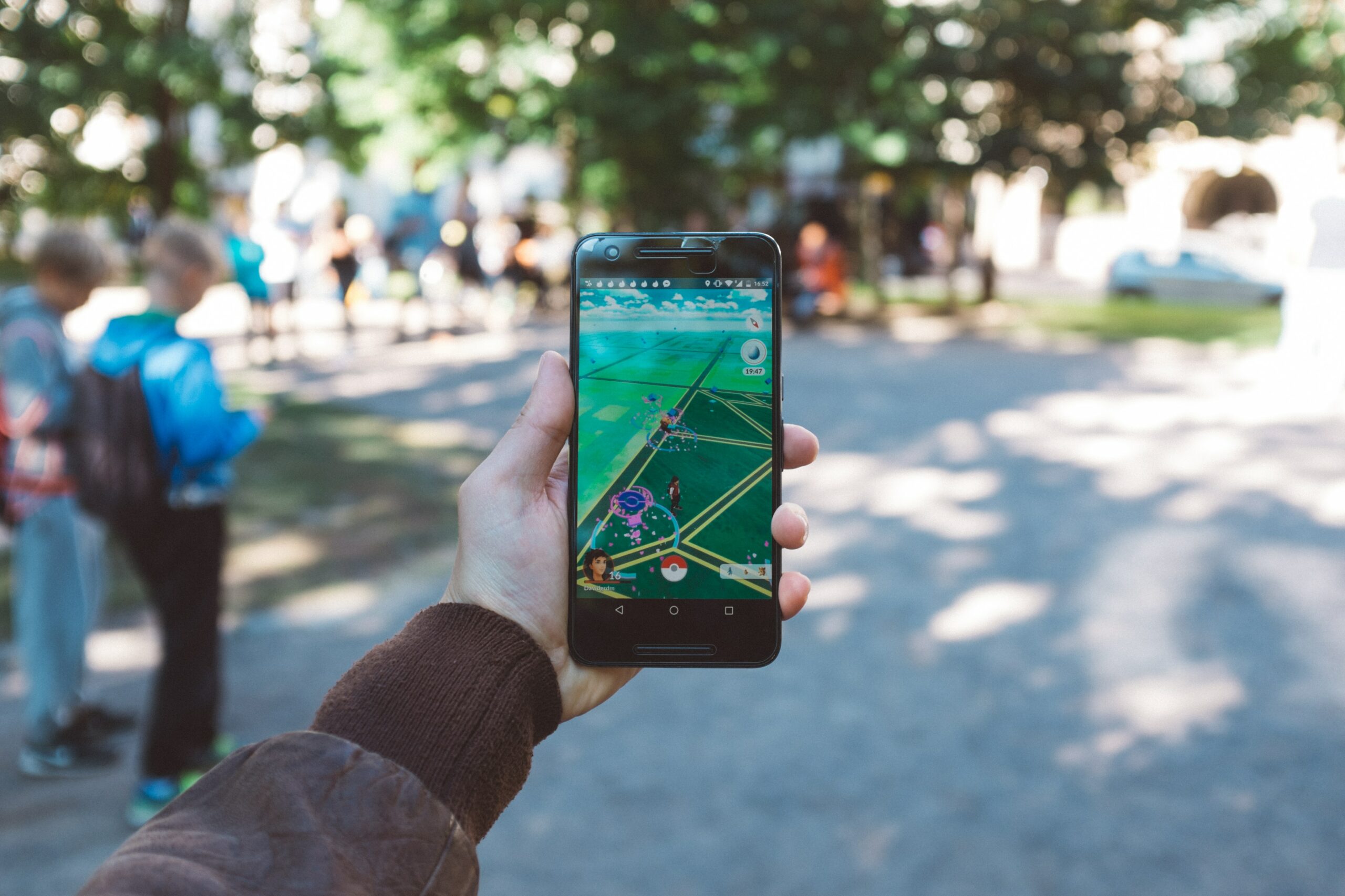 The most commonly used form of AR is superimposed computer-generated images onto a real view of the world. This technology utilises the users’ smartphone camera and provides a composite view that feels extremely real! One of the most well-known uses of AR was the phenomenon of Pokémon Go which enthralled the whole world as it enabled users to ‘hunt’ for Pokémon characters within their very own surroundings.

How does it benefit ecommerce?

In 2015, there were just 200 million mobile AR users worldwide, by 2024, this figure is set to increase to 1.7 billion. Furthermore, 60% of consumers also claim that AR within an ecommerce website would increase their confidence in purchasing the right product, highlighting just how instrumental the technology could be.

With only 1% of retailers currently utilising the benefits that AR has to offer, there is a huge opportunity for those forward-thinking companies to get ahead of the game and differentiate themselves from the competition! We decided to explore how the ecommerce industry is embracing the technlogy, and here is what we found:

One of the early-adopters in the fashion space, the Adidas app offers a virtual try-on feature for some of their most popular trainer styles. Allowing customers to try on different styles and colours without evening stepping foot outside of their house magnifies the customer experience tremendously. The brand claims to have increased conversion rates, reduced returns and attracted new customers as a result of implementing this AR feature – and we think you’ll want a piece of this pie! 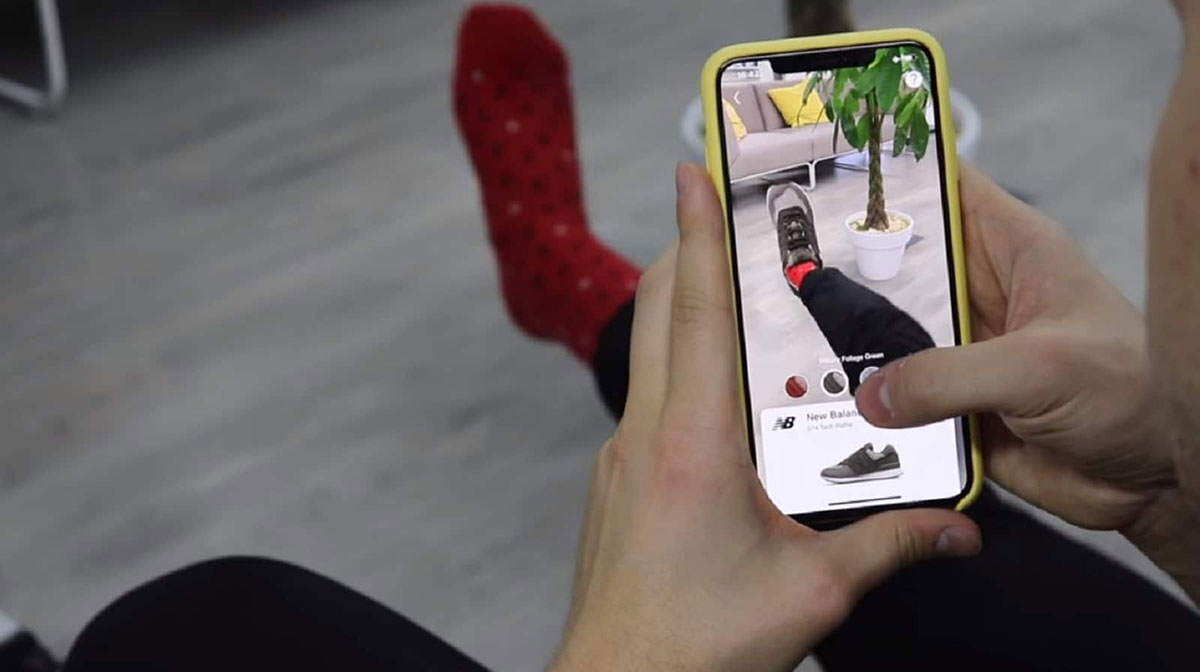 The Swedish powerhouse is taking things one step further with their innovative AR showroom. For a limited time only, Ikea fanatics can build their dream interior in the Brooklyn based pop-up experience. Visitors are encouraged to “shape the space to their imagination” as the furniture giant aims to gain an insight into how people use digital experiences to inform their furniture purchasing decisions. Ikea has toyed around with AR in the past, back in 2017 they launched an in-app feature that acted as a ‘try before you buy’ system and allowed users to view sofa’s and beds within their own home. We’re pretty sure that this is just the start of their journey when it comes to AR! 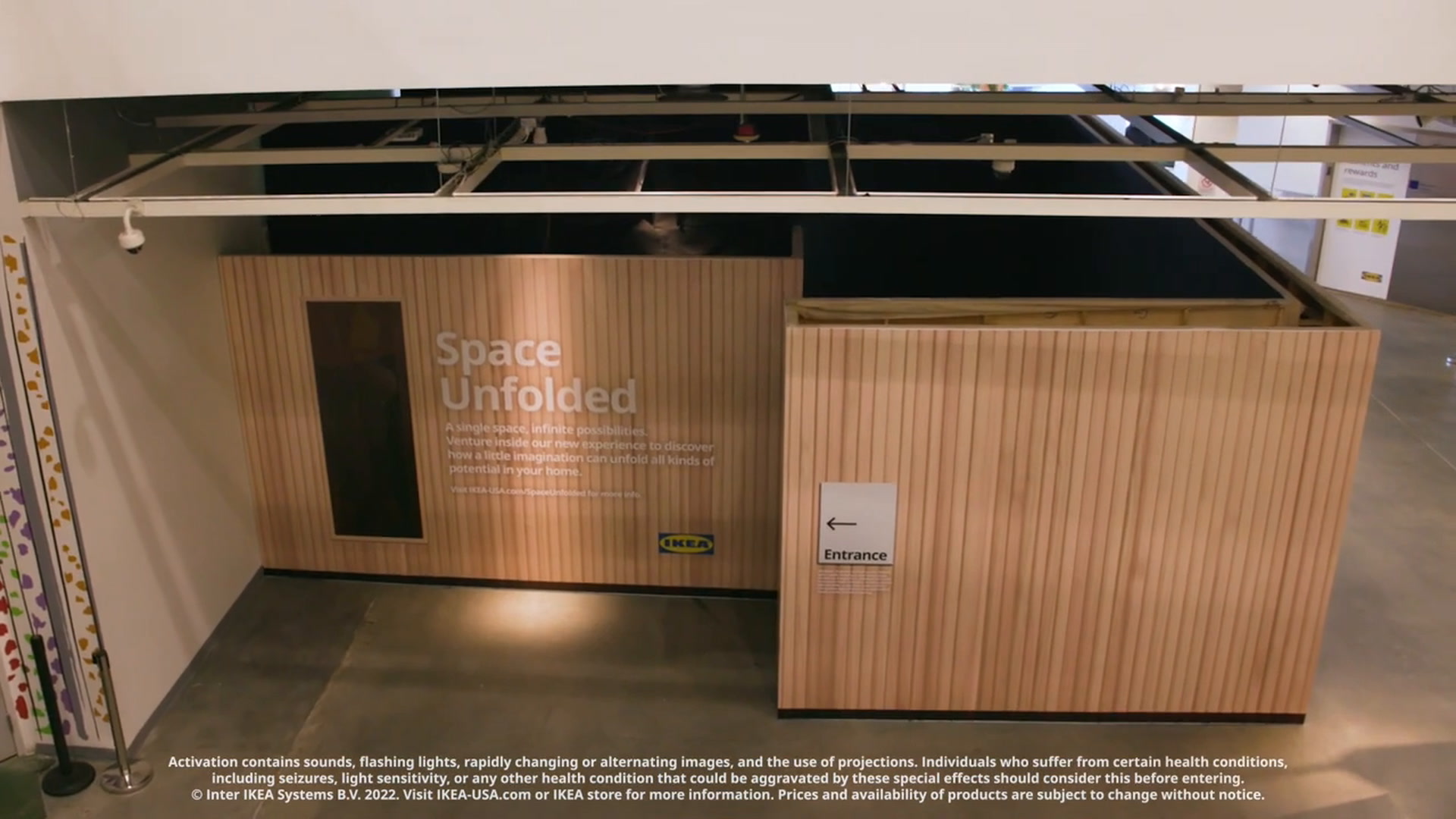 Accessory superstar RayBan were one of the first adopters of AR technology, with a functionality within their website that allows users to try on different eyewear to help lead them to a purchase decision. Utilising the camera on the users’ device, the technology encourages you to test out their infamous glasses in a matter of moments – genius!

The AR focused social media platform is venturing into new territories with its newly launched integrated shopping experience. Users will soon be able to try-on clothes, shoes and more within the app, but not only that, they will also be able to purchase them. With Gen-Z being the generation who use snapchat the most, and women between the ages of 13-17 years old accounting for 11.8% of users, it’s a pretty smart move for the app. Snapchatters already engage with AR over 6 billion times per day, with this figure likely to increase with the new updates. Snapchat is definitely one to watch in this space! 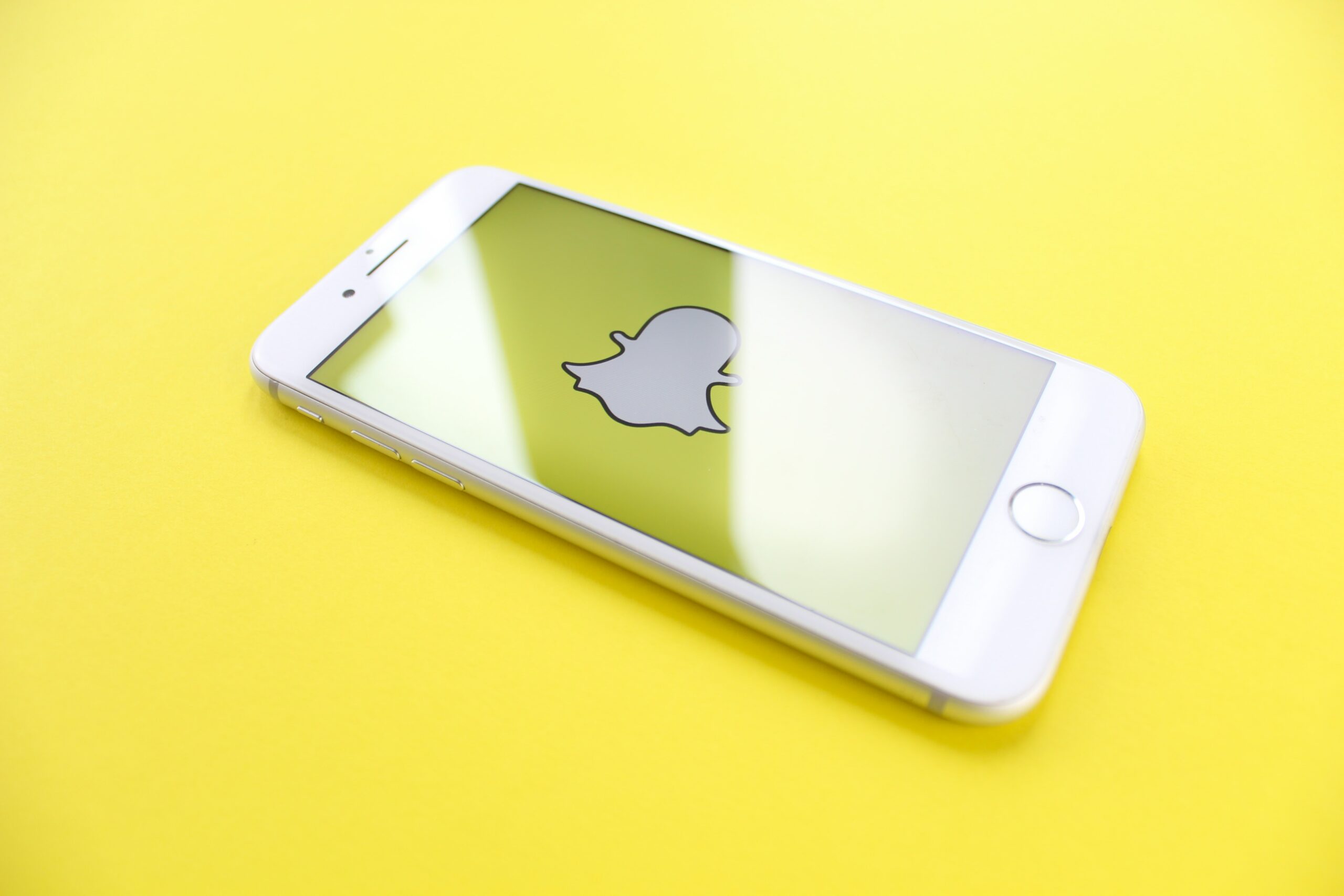 Snapchat aren’t the only social platform adopting the technology; Pinterest are working with the likes of Walmart, Wayfair and Crate & Barrel to create an opportunity for users to see what furniture looks like in their homes before they make a purchase. With Pinterest holding the largest market share in terms of interior design inspiration, it seems only logical for the platform to embrace this ecommerce opportunity. 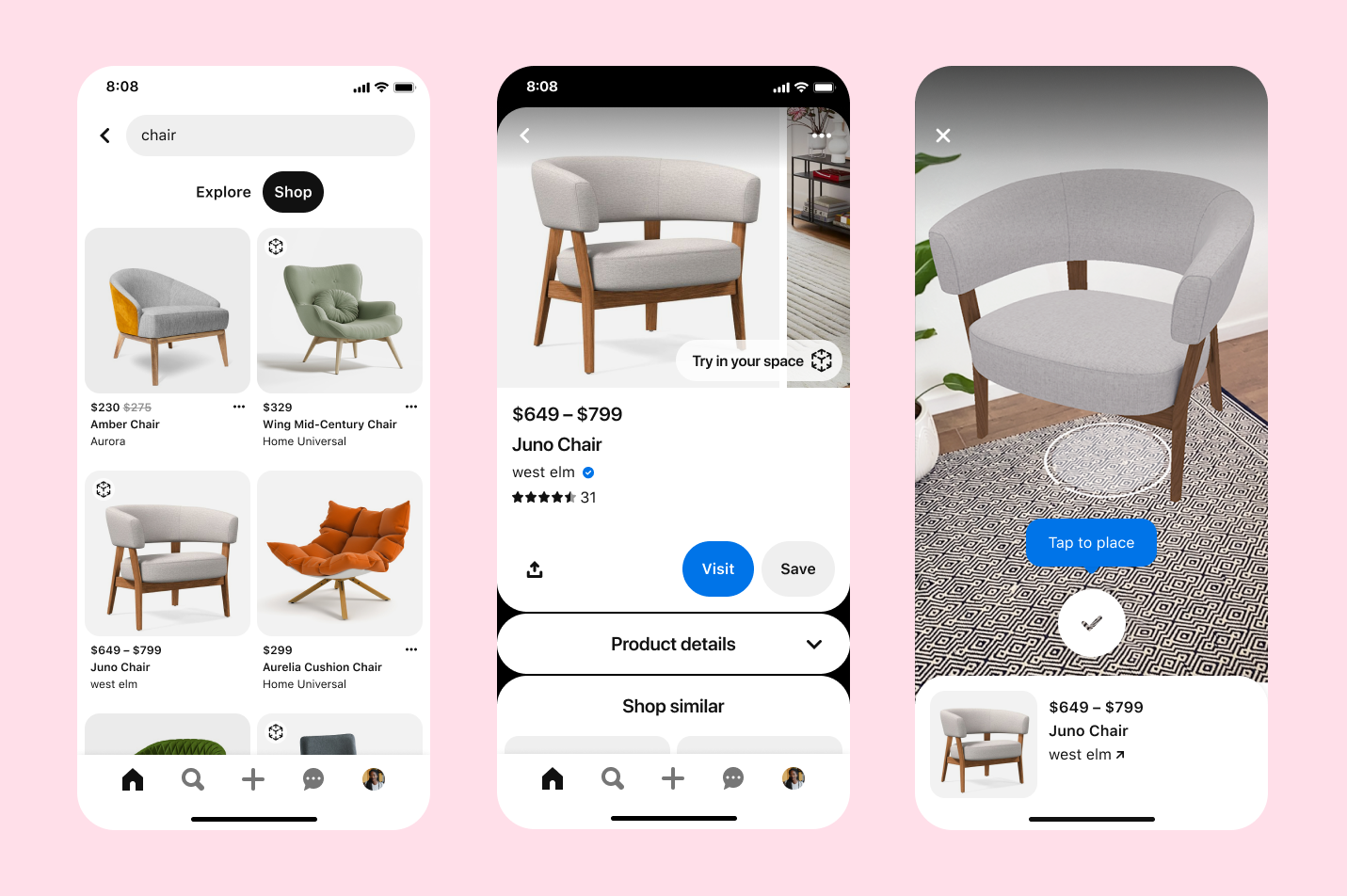 Okay okay, we know this isn’t quite ecommerce related but we had too much fun in the office this week exploring Google’s new feature which allows you to view life-size animals in your very own space (its safe to say we spent a little too much time doing this!) The technology provides additional information and context to the traditional Google search and provides additional value for the user! 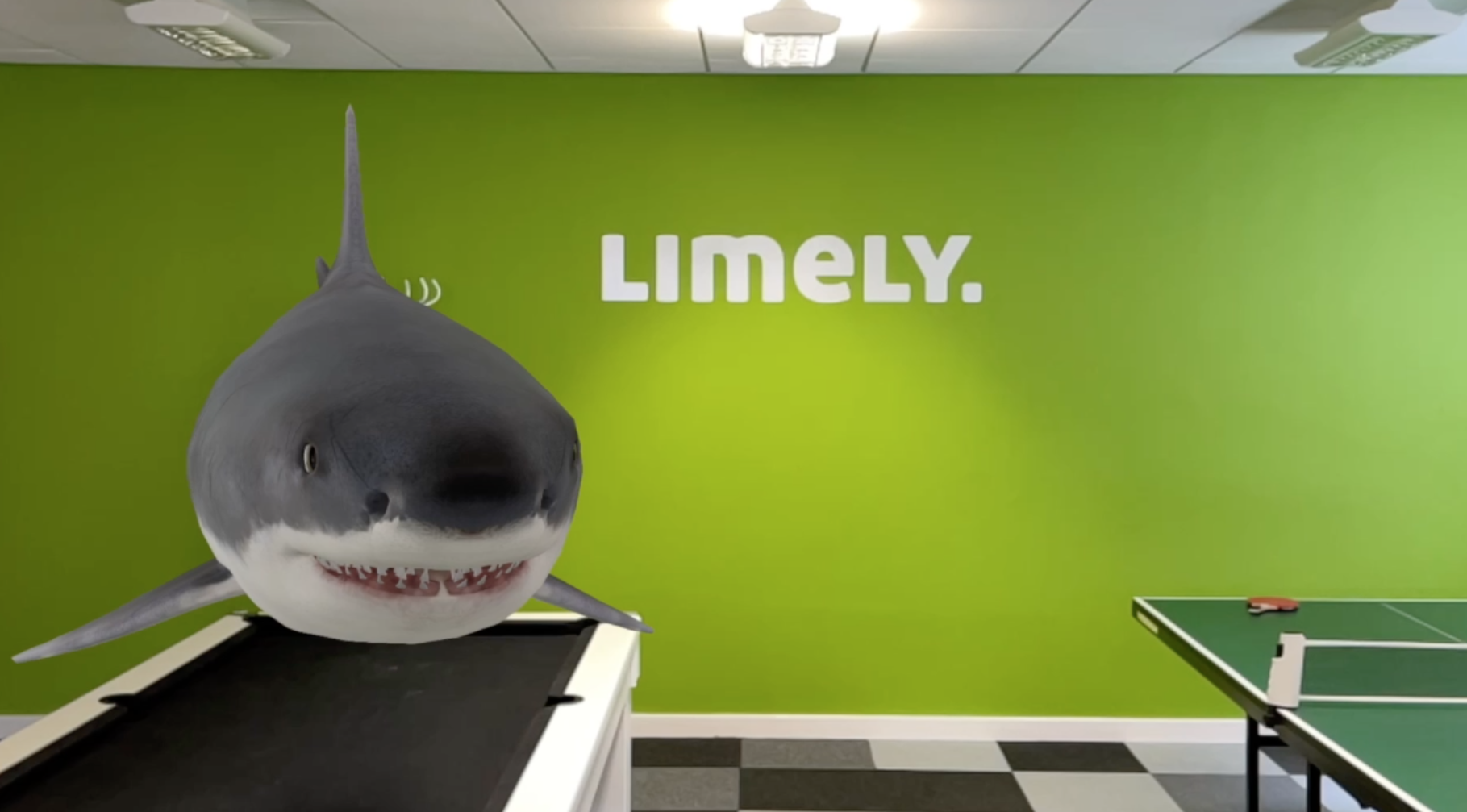 Not only that, the tech giant is also utilising AR within its Google Maps feature. When using Live View, users point their smartphone camera at the streets they’re walking through and directions pop up on screen to guide the viewer in exactly the right direction. No more getting lost in an unknown city! We’re pretty sure that online retailers will find a way to embrace this feature in the near future.

Considering personalisation in ecommerce is a sure fire way to differentiate from competitors and increase customer loyalty, AR provides a unique opportunity that will reward those who embrace it in its early days.