Happy Star Wars Day! May the 4th be with you. Okay, we’re sorry for going full-on nerd but you have to admit, there’s something exciting about today…

Whether you’re a Star Wars super-fan or you’ve never even watched the films, you’ll know the general premise. Space, sci-fi and lots of technology. So, of course, we’re going to use Star Wars Day as an excuse to talk about our favourite thing: geeky tech stuff.

As our area of expertise is tech and gadgets, we thought we’d take a look at some of the film’s radical inventions. Although we don’t all go around the streets wielding lightsabers, some technology featured in the movies has been sort-of replicated in real-life. Or at least, scientists are working on counterparts to rival the Star Wars gadgets.

A big part of Star Wars is the droids: mechanical robots serving humans in a variety of roles from soldiers to technicians. Whilst we’ve not yet got personal servants following us around all day, we are getting close. The rise of virtual assistants boomed last year, with Google’s research showing that voice search is responsible for 20% of mobile search queries around the world. You either have an Amazon Echo or know someone that does. It’s pretty commonplace to find digital assistants in the home these days. But on a larger scale, we’re seeing robotic surgical assistants, automated drones, and driverless cars.

Luke Skywalker’s prosthetic limb was literally as good as the real thing and he didn’t lose his sense of touch. Whilst we’re not exactly there yet, the field of prosthetics has made huge advancements. Bionic limbs are becoming more of a reality every day! A company called Touch Bionics, Inc. have developed a robotic hand called the ‘I-Limb’ and it responds to electrical pulses. It’s only a matter of time… 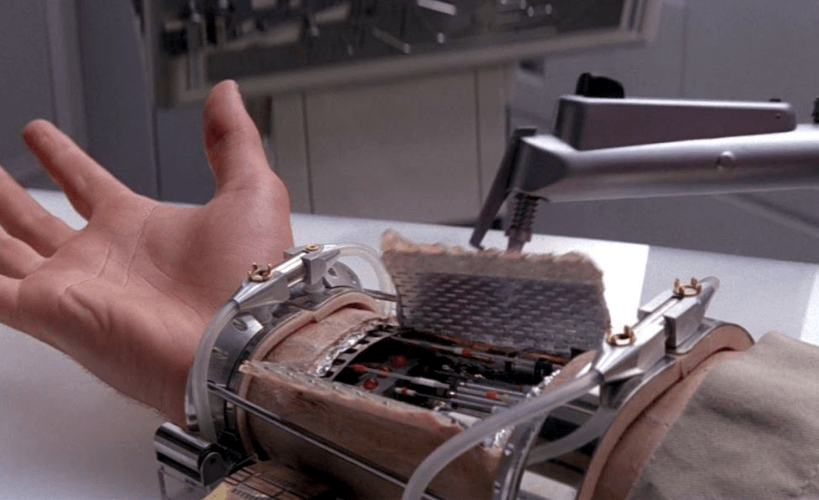 Now, this is something that we’ve really mastered in recent years. In the Star Wars universe, holograms were like our FaceTime. Everyone communicated via them. Although we don’t communicate through holograms, we’ve definitely taken advantage of this new-fangled technology for both practical and entertainment purposes. You might remember back in 2012 when Dr Dre and Snoop Dogg performed at Coachella. They brought out a scarily realistic hologram of Tupac who shouted out to the crowd: “What the f- is up, Coachellaaaa!” Nowadays, we use holograms everywhere from airport assistants to military mapping.

Although we’re not going to see the U.S military adopt a Death Star and take over the world any time soon, (although it seems like anything is possible with Trump in office…), we have seen massive advancements in laser technology. Currently, the U.S. Navy has an operating laser cannon mounted on one of their ships and the army has been testing similar systems. In, the next few years, we’re likely to see even stronger, more impressive lasers… but still not quite as impressive as Star Wars made them out to be.

Have we missed any?

There was no shortage of cool gadgets in the movie franchise, and we’re sure to have forgotten some. Let us know over on Facebook or Twitter which your favourite sci-fi invention was from the films. Happy Star Wars Day from all of us at Limely! And may the Fourth be with you…  ✨