The world’s leading search engine and industry leader for developing technology are now taking it one step further. Google is designing clothes.

If you’re not into fashion, we get that you may be put off by this news. However, you should’ve guessed that Google’s take on clothes wouldn’t be plain and simple. Say hello to the world’s first full-scale smart clothing.

The new technology developed by Google has been given the name Jacquard. It represents the first ever ‘full-scale digital platform‘ for smart clothing. The clothing itself is to be manufactured by Levi’s, who are known for their functional and fashionable items. The two very different brands have worked together to create their first product. Take a look at this unassuming jacket, known as the Commuter Jacket. It incorporates the seamless Jacquard technology for an ultra-futuristic result: 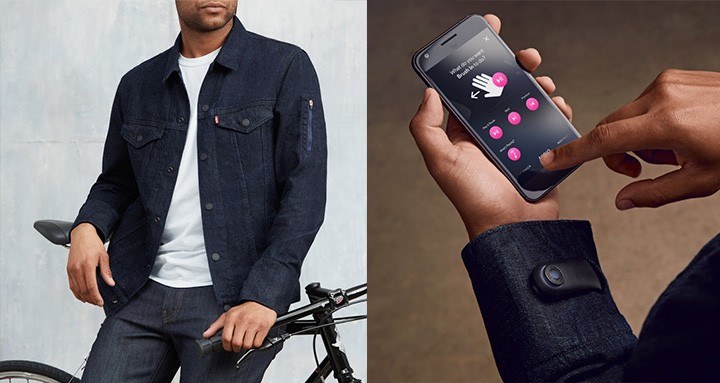 The Commuter jacket is aimed at urban living, ideally designed for people who commute to work on bike or foot.  Anyone who splashes out on this incredible new piece of clothing can control the functions from the corresponding smartphone app. Using your new jacket, you can be notified of messages, play and skip music and hear directions through GPS navigation.

“With Jacquard technology woven into the very fabric of your clothes, you can connect to your digital life instantly and effortlessly.”

We understand this concept sounds a little crazy and film-like. However, it was only a matter of time before smart technology developed in this way. Soon, everything we own and touch will have some sort of intelligence built into it. Google is really leading the way in this industry, proving time and time again that they’re the ones to beat.

Where can I buy it?

The Commuter jacket is available to buy at selected retailers in the US from tomorrow. Unsurprisingly, two of these stores are located in New York and Los Angeles. As it stands, we’re unsure if it will be available online or over here in the UK, but time will tell. Surely, it’s the next logical step?