Facebook roll out new ‘Masks’ feature in Live, alongside a new list of ‘Reactions’ to help inject some sinister spirit to your feed.

It’s been fun watching the major top-level social giants battle it out these last few months. But what’s been the most prominent trend is watching Zuckerberg and Co. continually try to steal marketshare and ‘time on site’ from their competitors.

The struggle is real

Constantly struggling to stay relevant among younger audiences, Facebook are copying their buds at Snapchat once again…

Over the last few days they’ve slipped in some new features disguised under a sheath of Halloween spirit and for this weekend only, you’ll be able to try on a variety of different Halloween masks during your ‘Live’ video broadcasting on Facebook.

Facebook are also launching a new set of limited-edition Halloween Reactions that turn the Like, Love, Haha, Wow, Sad and Angry reactions into Halloween-themed symbols. 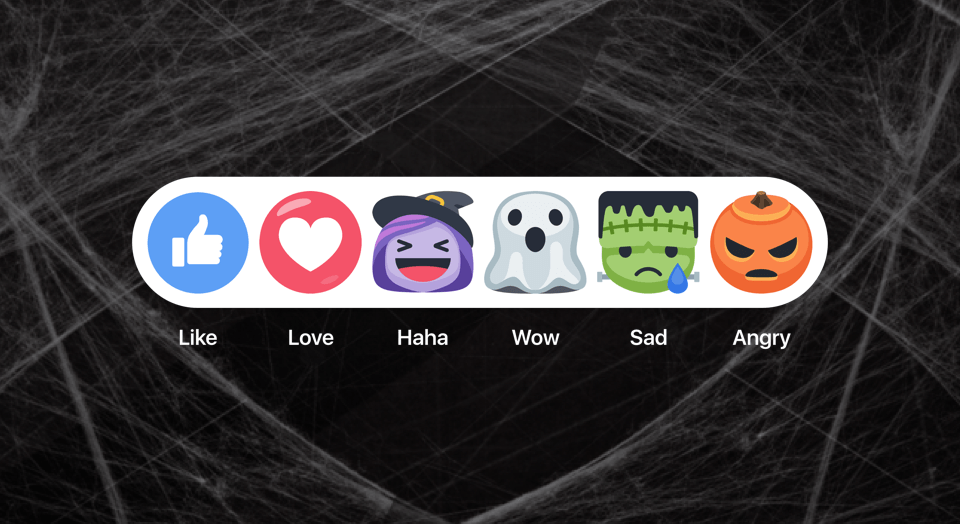 These new features could help bring some much-needed revitalisation to the network, after a report by The Information was pubished earlier this year pointed out a 21% decline in users posting original content between 2014–2015.