As the saying goes, “with great power comes great responsibility.” No-one has lived this truth more in the past few years than Mark Zuckerberg himself.

The most popular social network in the world had humble beginnings. Oh, come on, we’re sure you’ve all seen the film by now. In fact, we think the movie’s tagline better summed up the controversy surrounding Facebook at the moment: “you don’t get to 500 million friends without making a few enemies”. Except, we’re now looking at a figure of around 2 billion. 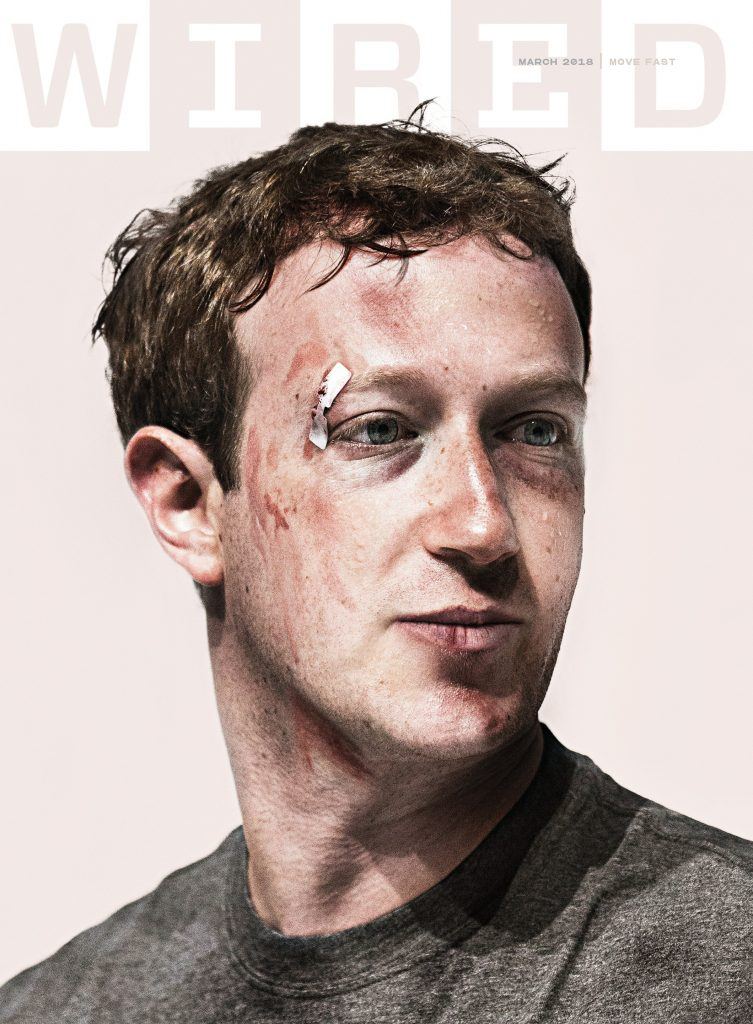 Could we be about to see Facebook’s downfall?

It’s still the most popular social platform on the planet and we doubt that this will change anytime soon. However, that’s not to say there are a fair few problems cropping up. We think that the cover of the March issue of Wired magazine sums it up pretty nicely. Let’s take a closer look at how Zuckerberg has fallen from grace over the past few months. There are plenty of issues to dig up and sift through… so grab a cup of tea and some biscuits for this one!

It all started a few weeks ago when the social network announced changes to its feed algorithm. Well, actually, if this article is anything to go by, user numbers started dropping at the end of 2017. eMarketer reported that users under the age of 25 are jumping ship. But back to the feed problems, for the time being, we’ll discuss users later.

What’s the obsession with rubbish algorithms at the moment? Instagram is no doubt the biggest example of a  platform changing the way users view content. Smaller accounts, whether your average Joe posting dog pics or an aspiring beauty blogger, are struggling to appear on their followers’ feeds unless they hit a certain amount of likes in a small period of time. It’s pretty much an impossible situation and it seems to only serve big brands and established influencers.

Anyway, back to Facebook. The company announced they would be changing the News Feed so that users will see less content from publications and more content from friends and family. Zuckerberg justified this by stating that posts from brands and business are “crowding out the personal moments that lead us to connect more with each other.” You can read the full post here:

One of our big focus areas for 2018 is making sure the time we all spend on Facebook is time well spent.We built…

And of course, if you scan through the comments, the general public doesn’t disappoint. The public does as the public has always done: complain. Users hit back at Zuckerberg and let him know – very bluntly – of all the other problems they’d like the Facebook team to fix. These include things like the abundance of adverts we now see on our feeds to the lack of activism when it comes to reported posts.

Ruffling the feathers of small businesses

Of course, no-one is really complaining about this change when it comes to big brands and companies littering the News Feed. It’ll be a welcome move to see more from the people we’ve actually chosen to connect with. However, smaller organisations are worried. And rightly so.

Local charities and businesses will no doubt suffer in a much bigger way than the larger publications this change was initially meant to target. Obviously, this is all in the name of the ‘Fake News’ controversy that blew up last year on Facebook. Zuckerberg himself has repeatedly spoken about this issue but the ‘solution’ may actually cause more harm than good… 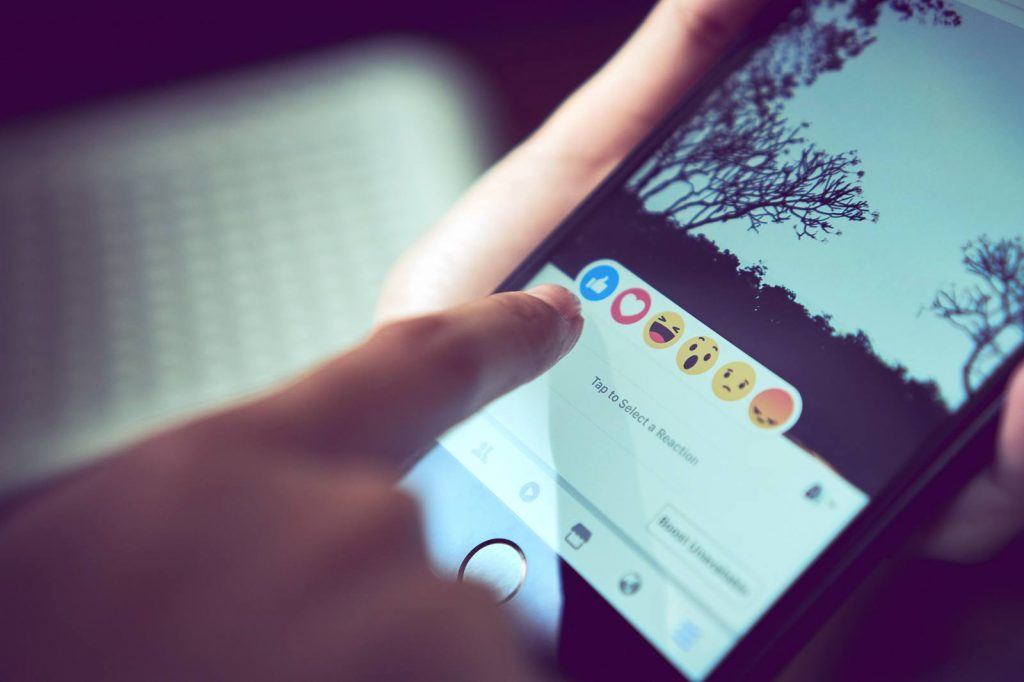 Just this week, stories surfaced of a long-standing rivalry between the unlikely pair of Murdoch and Zuckerberg. Although these two billionaires seem worlds apart, they generally have a lot in common. They may be 50 years apart in age but Zuckerberg and Murdoch are two of the most important men in the control of mass media around the world.

Murdoch owns News Corp and 21st Century Fox – which include Sky News, The Times, The Sun and the Wall Street Journal. So, he controls a pretty big portion of the news media we are exposed to. When you compare this to Zuckerberg’s ownership of the world’s largest social network, you can see why the two might butt heads every now and then.

There’s not a major tech-news outlet that hasn’t reported on this in the past few days. So, obviously, we had to jump on the bandwagon. It seems the past few years have been absolute hell for Zuckerberg (hence the Wired cover photo we included earlier). Apparently, there have always been tensions between News Corp and Facebook. It’s rumoured that in 2007, IP addresses of predatory accounts – which caused a lot of uproar from parents and attorney generals – were traced back to an Apple Store located very close to a News Corp-owned office. 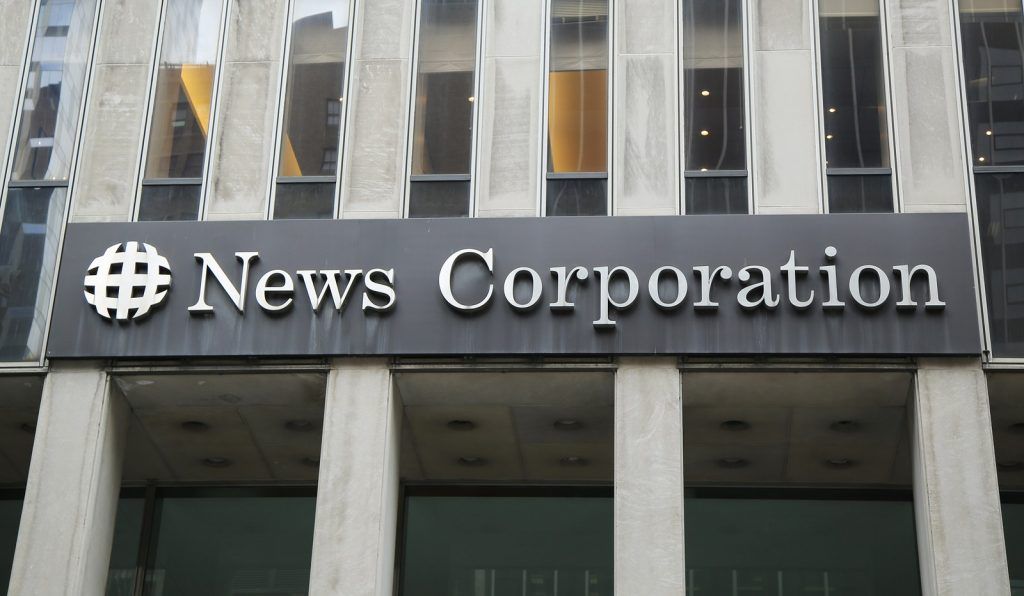 In 2016, Murdoch called the Facebook CEO to a meeting at his Idaho villa. Robert Thomson (News Corp CEO) was also present and the pair hounded Facebook for not considering the news industry when changing its feed algorithm. So, it would seem that this whole algorithm issue isn’t just a recent thing. Murdoch threatened that they would publicly destroy Facebook through their media channels and PR efforts. However, Facebook would be able to avoid this if it met the demands of the news industry.

Zuckerberg raised a toast to Murdoch towards the end of last year in a Manhattan restaurant. He apparently spoke of the media mogul’s achievements and how much he admired him. It’s no secret that the Facebook billionaire is pretty scared of the power of News Corp…

Well, we know that younger users are dropping away like flies. Although, the over-55s are coming in droves. We’re not sure which demographics are an ideal target for Facebook but we can probably guess. Was the ‘Fake News’ controversy too off-putting? Did the concerns of Russian hackers get too much for millennials? And is this new algorithm change just too little, too late? Time will tell how Facebook will bounce back from these pitfalls but one thing is for certain: you don’t get 2 billion friends without making a lot of enemies.