Beers Timber & Building Supplies are one of the UK’s largest independent Builders Merchants. Based in Liverpool, the company was founded in 1916 and has enjoyed the leadership of founding family members throughout four generations.

Building their online business one brick at a time

Limely has been drafted in to COMPLETELY re-launch Beers Timber & Building Supplies online with an enterprise-level Magento Ecommerce solution.

The proposed Magento site is to be densely packed with intuitive B2B-focused features and the project goals are to increase loyalty, boost customer satisfaction and ultimately – grow sales.

We expect to start the Discovery & Wireframing stages within the first weeks of 2017 and look forward to seeing this project truly transform the client’s B2B operation. 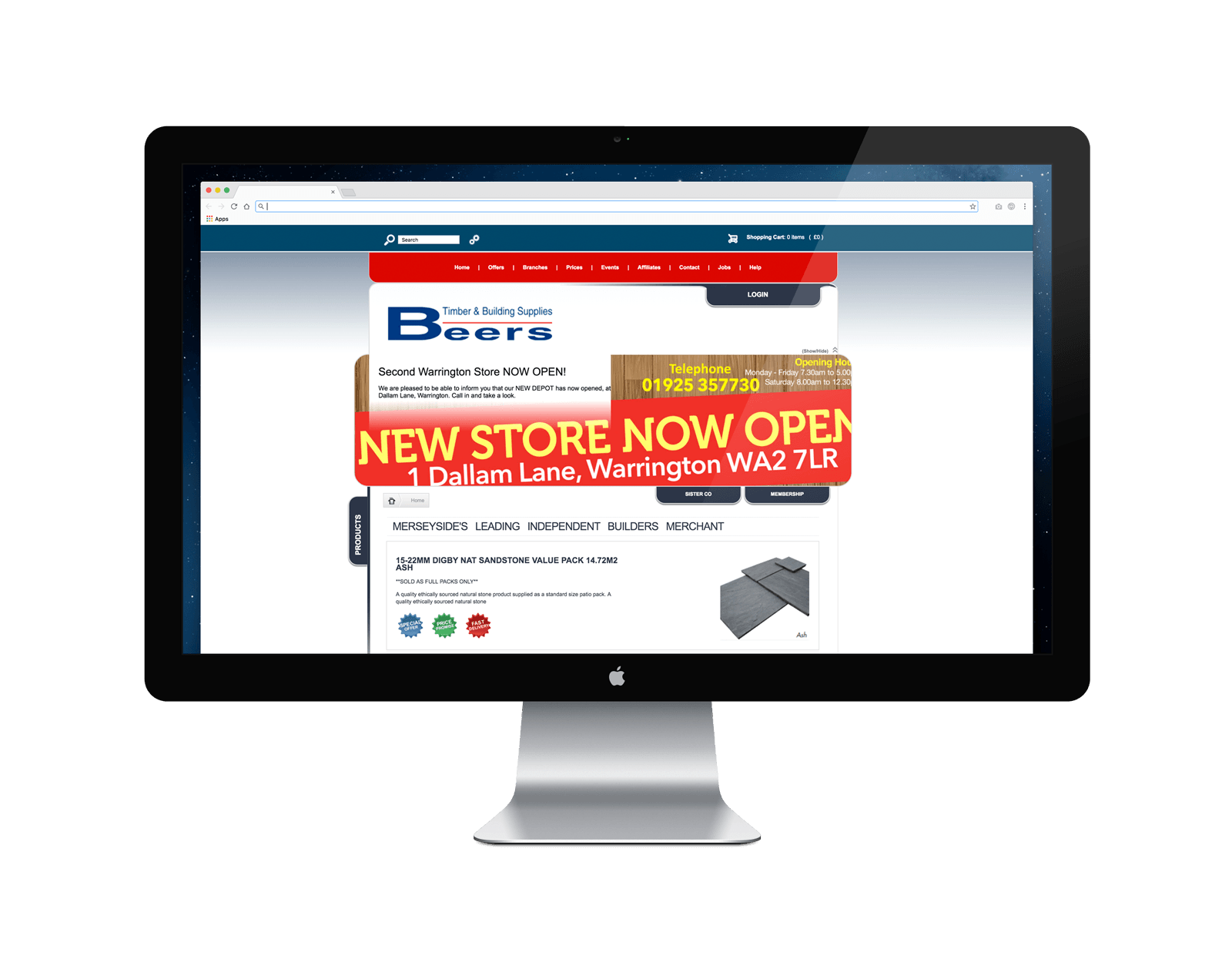 Delivering building solutions for over 100 Years

The company is still standing as one of only two timber importers remaining in the whole of Liverpool, whereas when they started out, over 100 years ago, they were among 200+ other competitors. A true testament to Beers’s great products and delivery of service.

Beers Timber now operates four large branches in Warrington, Heswall and Eastham with the head office being in Liverpool. They now also employ 100+ staff members throughout the group, over 30 fleet delivery vehicles and approximately 150,000 customers annually!

Watch this space for sneak peeks and previews of the upcoming User Interface due for launch in the New Year!