Are we Zooming towards Holograms?

While most of us are now fully accustomed to life behind a monitor in these strange pandemic- impacted times, a new type of tech has emerged as a potential step forward in the world of WFH… Behold – the Hologram.

Is Hologram tech the future of WFH?

Video calls and Zoom meetings have become the norm over the past two years with employees and businesses seeking to plough on amid the ongoing adversity. And yet, while some of us may have only just got our heads around working from our living rooms, a brave new world is potentially set to emerge.

Imagine having the chance to enter the office without actually having to step foot out of your house. Well, improvements in Hologram tech mean that that is becoming a very real possibility. No more rush hour traffic. No more commuting. No more awkward eye contact with that weird person on the train.

Simply get dressed – yes the days of Zoom meetings in pyjamas would be over sadly – stand in front of a camera and ‘beam’ yourself into the office.

How does it work?

Picturing the Jedi council in the much-maligned prequel Star Wars films, where the likes of Yoda and co appear on screen as a shimmering blue Hologram to take part in the meeting? Well, the reality isn’t actually too different.

An LA-based company – Portl – has developed a new way of making Hologram tech a reality. The user would be at home in front of a camera and would be beamed into another location, appearing in an 8ft tall ‘portal’ as a hologram version of themselves.

With the use of cameras and microphones in both the portal and for the user at home, both ends would be able to see and hear the other, with the projection effectively able to interact as if the user were actually in the room.

Not only could it alleviate any possible fisticuff’s in the office, but would also save you from having to tolerate that unfortunate colleague who refuses to wash. Not naming names…

How far are we from everyday use? 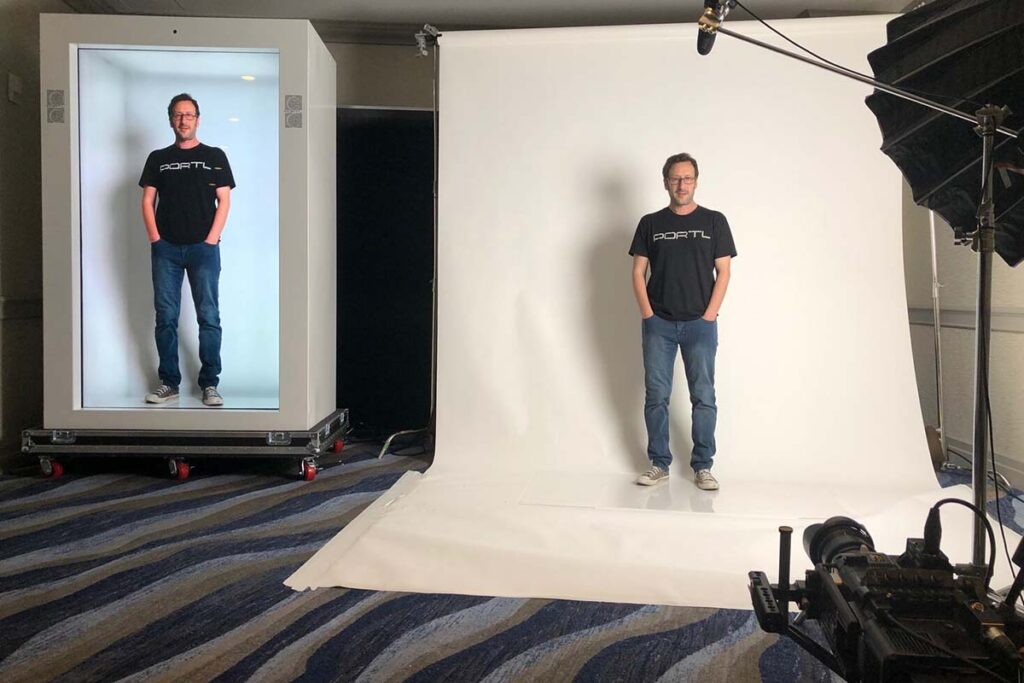 Well, as this report outlines, Portl’s product costs in the region of £60,000, meaning it is certainly not yet ready for the masses.

That being said, it probably won’t be too long until a cheaper alternative is found, while there are other less impressive, but more affordable, equivalents out there on the market.

The use of Hologram technology in our everyday lives is seemingly an inevitability, rather than just a mere possibility.

What are NFTs and can you monetising them on YouTube?