We’re only 2 months into 2017 and already we’re seeing traditional user interface techniques evolve into something even more exciting.

We’re forever striving to master designs that will grab the attention of users online and in order to do this successfully we monitor the latest design trends regularly. So here it is, our shortlist of UI trends you should keep your eye on. 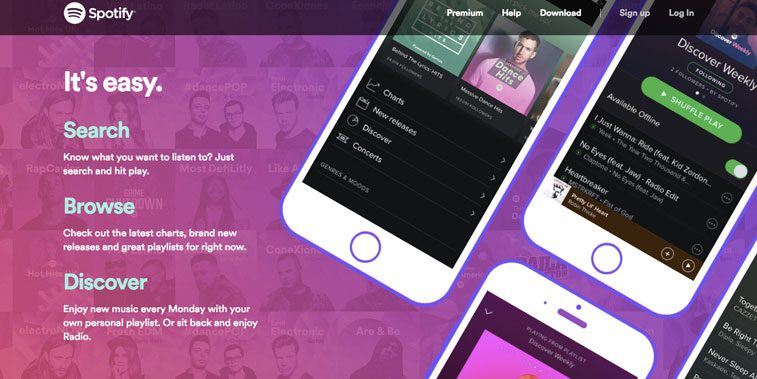 Spotify has hit the nail on the head with this trend. They’ve adopted big, bold, vivid colours and implemented gradients, which create a friendly and playful aesthetic.

Stripping everything back with a ‘less is more’ approach by implementing flat UI design was a trend that began to carry momentum over the past few years. However, this approach was often misinterpreted as boring or lacking in personality. More recently, brands have started to experiment with vivid colours to add that splash of personality a simple flat design couldn’t portray. Using vivid colours for your brand is a brave move but one that can really make you stand out from the crowd.

A prime example of how the use of this powerful medium can quickly engage with users and set the tone for the purpose of the site is InVision. They perfectly implement a background video accompanied with simple but effective typography.

What better way to capture attention than a full screen video upon entry. Video can translate both message and tone of voice better than static imagery can. If anything, video is a natural successor to conventional imagery. One that is able to connect with visitors to your site in a more interactive approach.

Thinking Outside of the Grid 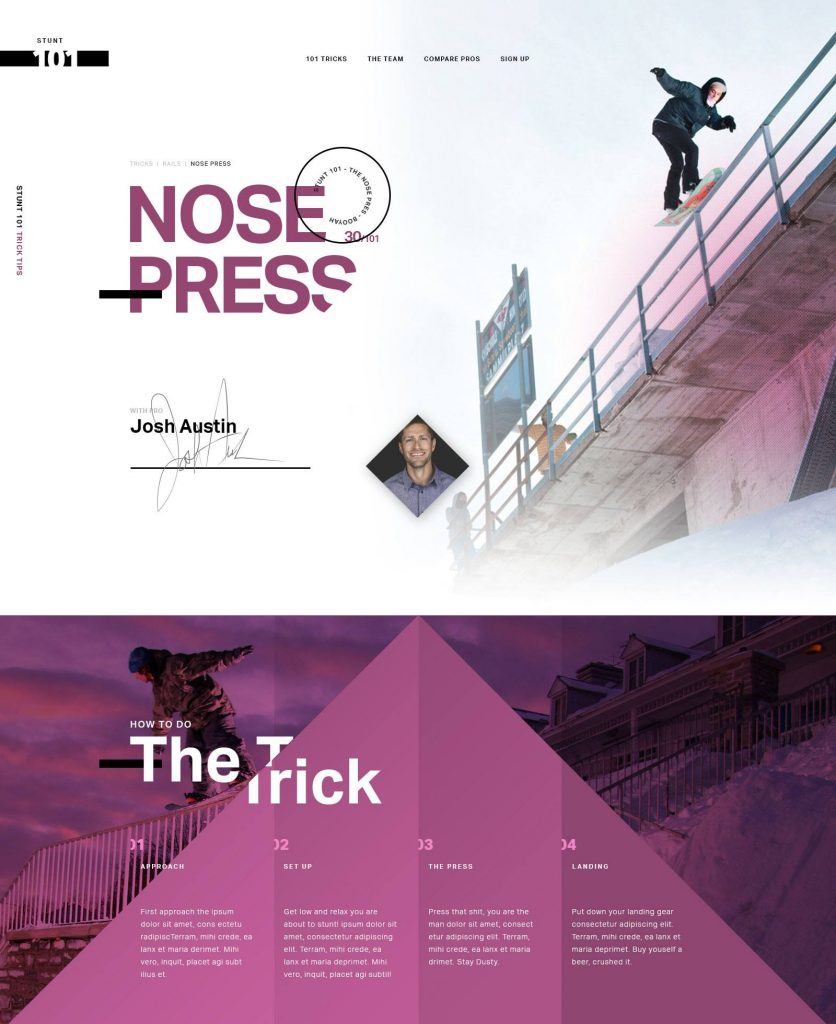 Traditionally ‘the grid’ has been the foundation that ensures consistency and balance for web designers. It’s important that users remain familiar with the structure and order of a site so that they can subconsciously navigate with ease. The only pitfall is that often, the grid can restrict a designer’s creative flow and it can be difficult to not fall into the trap of designing the same thing over and over again.

Many sites are starting to colour outside the lines by adopting styles that don’t traditionally form part of the grid. By doing this, they are opening the door for more creative opportunities and intrigue. However, there is a danger of drifting too far from the grid, which in turn could create confusion for the user. Another acknowledgment that should be considered is, if you’re going to think outside the grid for one interface, you need to consider them all. This approach could prove difficult on smaller screens; nevertheless it’s a trend that continues to become more popular.

Is your website in need of a splash of personality? Stay ahead of your competitors and stand out from the crowd – Let’s chat.

How To Get Your Business Information Listed On Google